About the National Matches

Since their inception, the National Matches have become a huge, national shooting sports festival with well over 4,500 annual participants. School students and competitors range from beginners to many of the world’s best.

**NEW IN 2021** The CMP will add a CMP Industry Day to the National Match Pistol Events.

The National Matches is a venue that offers several options suitable for junior marksmen. A variety of matches and clinics (each cautiously observed by CMP trained professionals and staff members) are available to young rifle, pistol and air gun supporters, based on safety guidelines. A list of opportunities include:

Each event of the National Matches is open to competitors of all ages, meaning with proper training, supervision and safety, juniors will gain the chance to compete on the firing line at a national level – next to some of the best marksmen in the world.

Browse the National Matches events to set future goals and accomplish new beginnings in the world of marksmanship with your young individual or group of junior athletes!

All firearms, to be used in any CMP Games or CMP Service Rifle event, are required to be inspected by a CMP sanctioned armorer prior to any live fire at every event.  Competitors will be required to present all applicable scorecards to the CMP Armorer in order to complete the inspection process.

To expedite the inspection process, competitors are requested to apply their competitor label to each score card. Please include the last four digits of the serial number for the firearm to be used in the bottom right hand corner of the scorecard.

Upon conclusion of firing, any scorecard received by CMP staff which does not bear the CMP Armorer’s stamp, will be entered as “Out-of-Competition”.

To accommodate unforeseeable circumstances, competitors will receive a 30-minute window after completion of firing in which a fired rifle may still be inspected.

This enhanced inspection process will aid in ensuring match compliance, as well as promote the safest experience that CMP can provide for all participants on our firing line.

Please be advised that CMP Armorers are operating in an advisory role and cannot absolutely certify the safety or compliance of all firearms in the time provided. It is still the responsibility of each competitor to ensure compliance with all CMP mandated safety regulations and match rules. The Armorer’s stamp will not serve as an alibi in the event that a violation is found before, during, or after participation in a match.

Cancellation requests may be submitted by mail, email [email protected] or phone (419) 635-2141 ext. 706 or 714. The CMP cancellation policy is designed to discourage no-shows and to encourage competitors who know they will not be able to fill their entry slots to report cancellations as soon as possible. No refund will be given if match is cancelled due to inclement weather.

About the CMP Targets at Petrarca Range

CMP Targets at Petrarca Range are located at Camp Perry in Port Clinton, Ohio. This range features new electronic rifle and pistol targets, marketed by CMP Targets, with technology provided by Kongsberg Target Systems (KTS) on Petrarca Range at Camp Perry. Click here for dates and times the range will be open to the public throughout the year, and the special times open throughout the National Matches.

History of the National Matches

In February 1903, an amendment to the War Department Appropriations Bill established the National Board for the Promotion of Rifle Practice (NBPRP). This government advisory board became the predecessor to today’s Corporation for the Promotion of Rifle Practice and Firearms Safety, Inc. that now governs the CMP. The 1903 legislation also established the National Matches, commissioned the National Trophy and provided funding to support the Matches. This historic legislation grew out of a desire to improve military marksmanship and national defense preparedness. President Theodore Roosevelt, Secretary of War Elihu Root and NRA President General Bird Spencer were among the most important supporters of this act.

Pursuant to this Congressional authorization, Army General Order No. 61 was published in April 1903. It directed that the first “National Trophy Match” would be fired at Sea Girt, New Jersey on 8-9 September of that year. Teams of 12 representing the Army, military departments of the states, Navy, Marine Corps and state National Guard organizations competed for the new National “Dogs of War” Trophy. The new National Matches expanded to include their first pistol events in 1904. The National Matches moved to Camp Perry in 1907 and with few exceptions, Camp Perry has been the home of the National Matches ever since.

The National Matches celebrated their 100th anniversary in 2003 and the 100th anniversary of their first coming to Camp Perry in 2007. Peak attendance for the matches was in 1962 when the matches were supported and conducted by the Department of Defense and 7,762 competitors participated. Defense Department support was withdrawn after the 1967 matches. The NRA and a cadre of volunteers successfully continued the matches, although with significantly reduced participation. Subsequent to that and until 1995, the National Board for the Promotion of Rifle Practice secured federal appropriations to partially support the matches, but federal support for marksmanship created continuing political controversy. As a result, the U. S. Congress privatized the Civilian Marksmanship Program and the National Matches in 1996, while simultaneously enacting federal legislation that mandated the continuation of the National Matches under CMP leadership (Title 36 USC, §40725-40727). 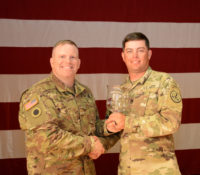 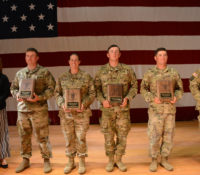 GENERAL INFORMATION: This is a four-person team where all members will fire a 50-shot course of fire with service... 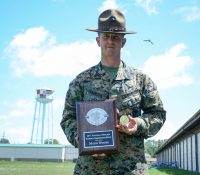 GENERAL INFORMATION: The Roosevelt Commemorative Match was was added in 2017 to the National CMP Games Events. COURSE OF... 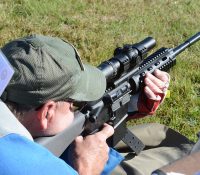 GENERAL INFORMATION: The Modern Military Rifle Match is for competitors who fire semi-automatic military type rifles of U.S. or... 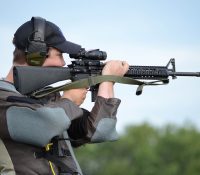 COURSE OF FIRE: The course of fire will be 10 minutes slow-fire prone at the 300-yard line followed by 10... 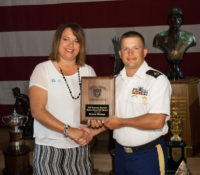 GENERAL INFORMATION: The CMP Service Pistol EIC Match will be a regular EIC Pistol Match. The top 10% of... 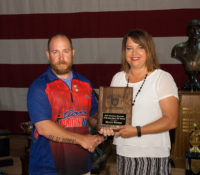 GENERAL INFORMATION: The CMP .22 Rimfire Pistol EIC Match will be an EIC Pistol Match. The top 10% of... 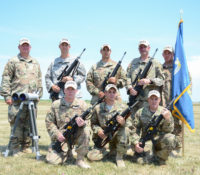 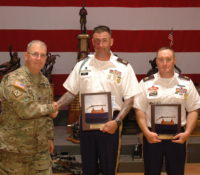 GENERAL INFORMATION: The Hearst Doubles Rifle Team Match was a new National Trophy Rifle Match in 2006. This is... 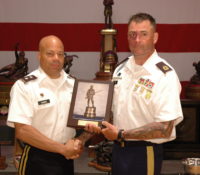 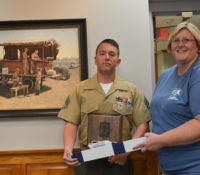 GENERAL INFORMATION: The M16 Rifle EIC Match is conducted in conjunction with the Rifle Small Arms Firing School. This... 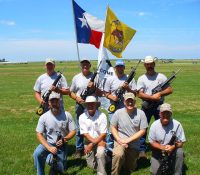 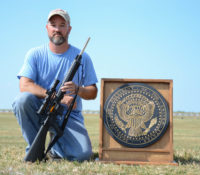 GENERAL INFORMATION: First fired in 1878, the President’s Rifle Match, a National Trophy Rifle Match, was incorporated into the... 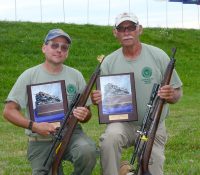 GENERAL INFORMATION: The Vintage Sniper Team Match is designed to reproduce the conditions under which skilled long range military... 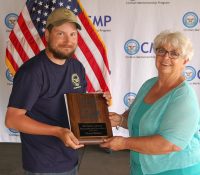 GENERAL INFORMATION: The National Vintage Military Rifle Match is a CMP Games event where competitors must fire “as-issued” U.... 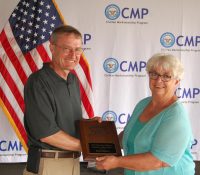 GENERAL INFORMATION: The National John C. Garand Match is a CMP Games event where competitors must use “as-issued” U.... 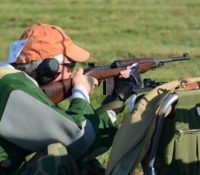 GENERAL INFORMATION: An M1 Carbine Match was fired during the National Matches in the early 1950s, but it was... 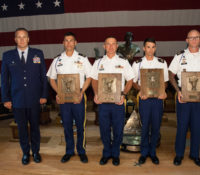 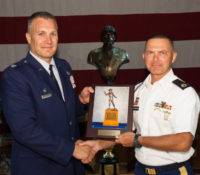 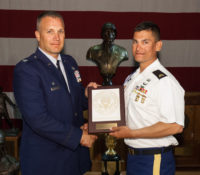 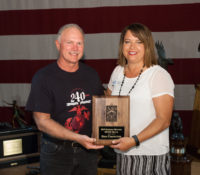 GENERAL INFORMATION: The M9 Pistol EIC Match is conducted in conjunction with the Pistol Small Arms Firing School. This...