TALLADEGA, AL – Memories of the Allied Forces’ invasion on the beaches of Normandy, France on June 6, 1944 will spring to life at the Civilian Marksmanship Program’s Talladega Marksmanship Park, starting with an M1 Rifle maintenance clinic, a New Shooter clinic and opening ceremony at 4 p.m., Thursday, June 6. Rifle and pistol matches will be fired Friday and Saturday and the event concludes with a Vintage Sniper Rifle Team Match and awards Sunday, June 9. 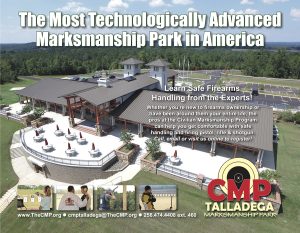 The festivities are all part of the CMP’s annual, featuring three days of marksmanship competition with vintage U.S. and foreign rifles and military & police pistols, many of which were used by the military in both World Wars. This year’s event marks the fourth anniversary of the park’s opening and the 75thanniversary of the Allied Forces’ landing on Normandy’s beaches.

As Nazi Germany’s campaign to occupy neighboring countries grew in 1944, a coordinated force led by the United States, Great Britain, France and Canada was launched against the Third Reich on June 6 and was known as the “Longest Day” by those who lived through it and immortalized in a film by the same name. 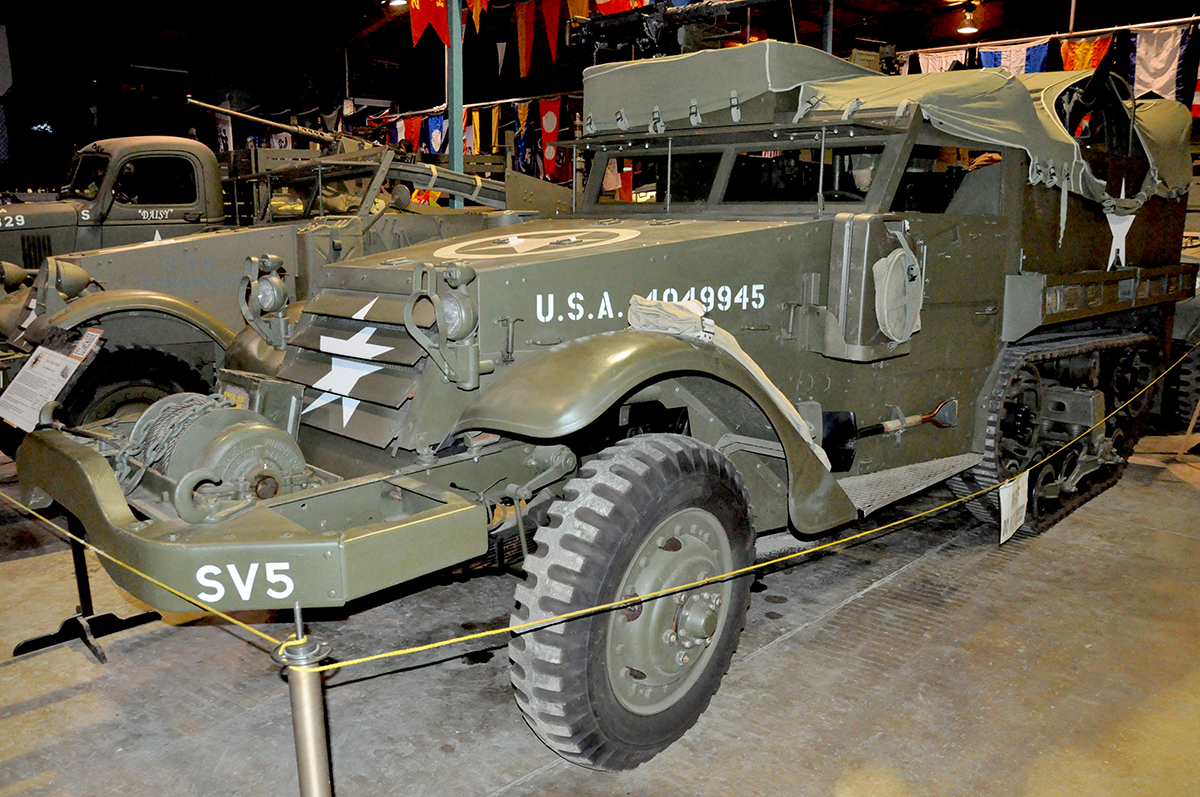 In honor of all military veterans, the CMP invites families, friends and competitors to experience a slice of living history at one of the most beautiful public marksmanship parks anywhere in the U.S.  The event will feature hundreds of WWII artifacts and several period vehicles and military equipment.  Reenactors in WWII uniforms will walk the grounds, adding character to the event. Flyovers by vintage WWII aircraft will occur daily. 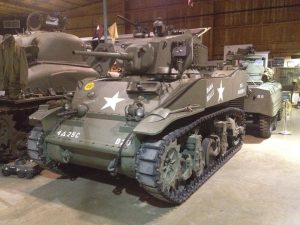 Several WWII vehicles will be onsite, including a U.S. Army Stuart 1943 M5A1 light tank, an M3A1 Halftrack, a Pack Howitzer cannon, several U.S. Army jeeps, a WWII field kitchen (with demonstrations) and multiple tables loaded with WWII equipment, gear and artifacts.  Each event day, starting with the opening ceremony at 4 p.m. on June 6, a pair of vintage WWII Army Air Forces aircraft will make multiple passes over the park.  The aircraft will appear five times over the four-day event – each morning with the playing of the National Anthem and concluding with two flights on the final day at the open and close of the Vintage Sniper Rifle Team Match.

Spectators and visitors are welcome! There is no requirement to participate in the rifle and pistol events, but anyone who owns and safely demonstrates safe marksmanship practices are welcome to join in these recreation-oriented matches. There is bleacher seating available to spectators and the grounds are open to tour the 500-acre park that features bullseye rifle and pistol ranges, 15 action pistol bays and a massive shotgun sports area, including a one mile 15-station sporting clays loop.

The CMP Talladega Marksmanship Park is located at 4387 Turner Mill Road, Talladega just off Interstate 20 via the Lincoln and Eastaboga exits.  Food and refreshments will be available for purchase at the park throughout the weekend. 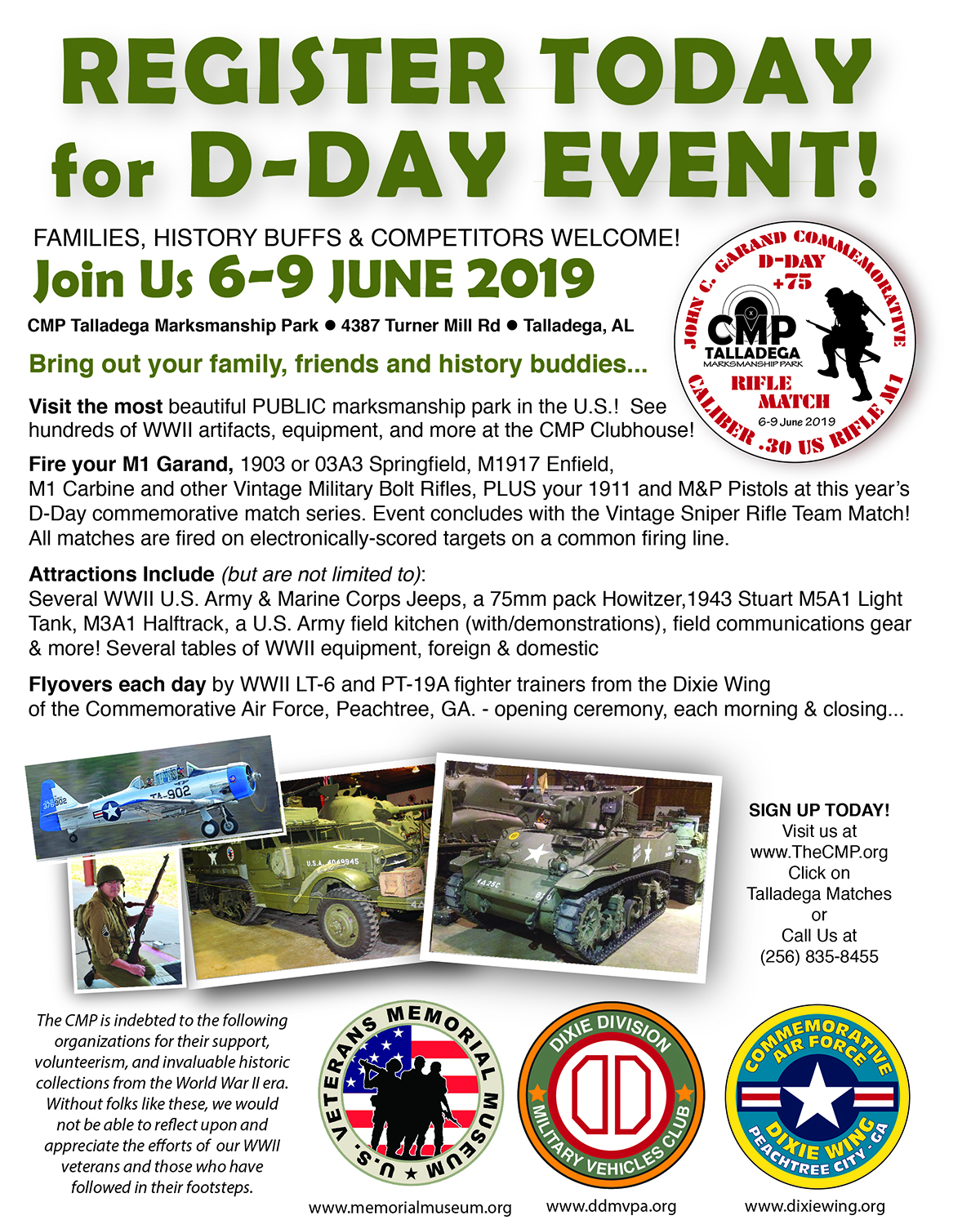