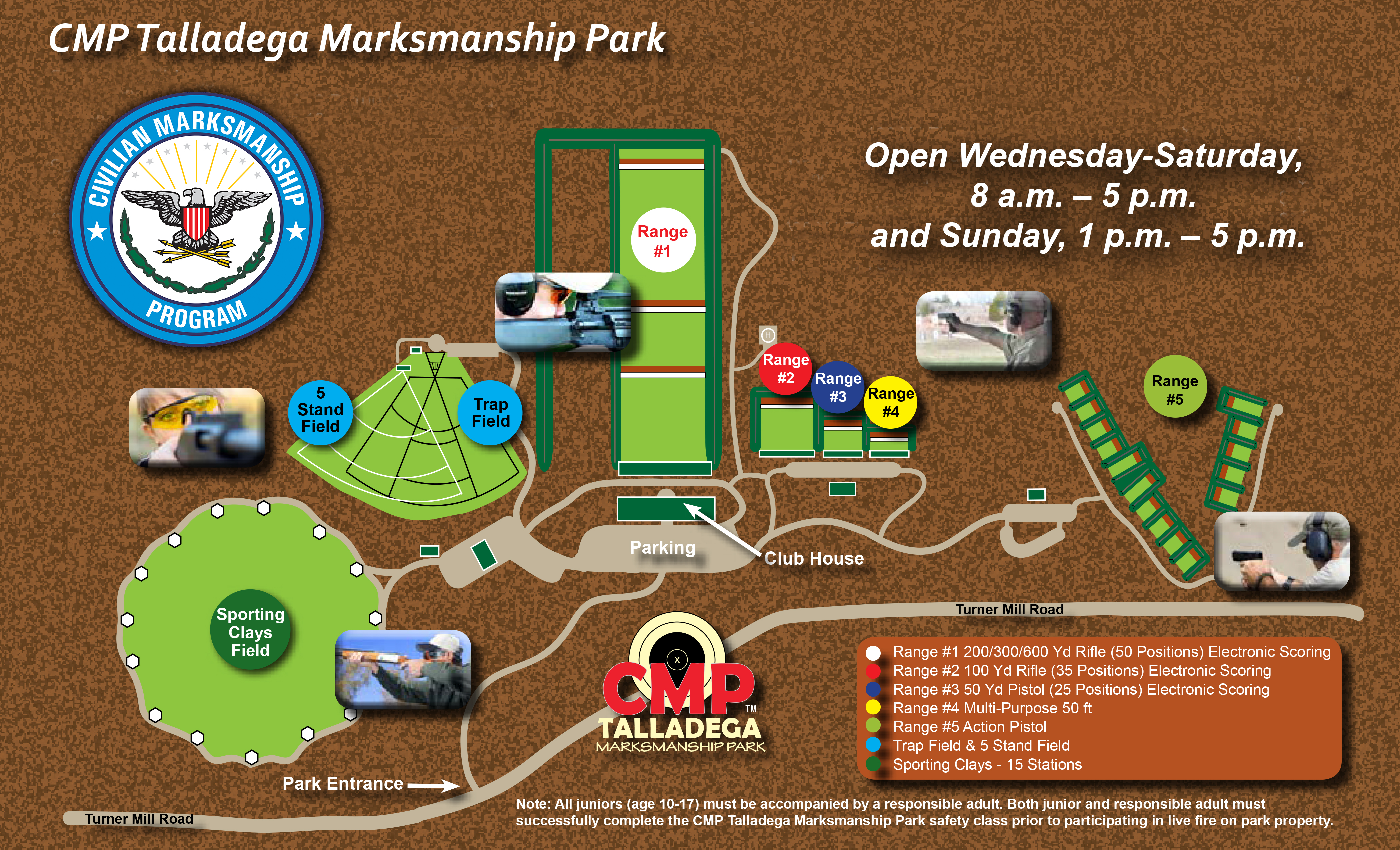 TALLADEGA, AL – Be witness to and take part in a new chapter in marksmanship history at the Civilian Marksmanship Program Talladega Marksmanship Park as the first official matches are fired on Saturday, June 6 and Sunday, June 7, 2015.

Saturday, June 6, will feature the John C. Garand D-Day Anniversary Match – commemorating not only the opening match at CMP Talladega Marksmanship Park, but the 71st anniversary of the Allied Forces landing at Normandy Beach in France back in 1944.

The match is LIMITED TO THE FIRST 350 COMPETITORS, so register quickly for this once-in-a-lifetime opportunity! Registration will open Monday, MARCH 2, 2015 on the CMP’s Competition Tracker website.

The new CMP Talladega Marksmanship Park is one of the most advanced outdoor facilities in the world – unlike any other. Boasting the latest technological advances in the realm of marksmanship, it is a must-see destination for firearm enthusiasts across the country. The park will be open to the public, year round, offering many opportunities to marksmen of all ages.

The 500-acre facility – located two miles from the world-famous Talladega Superspeedway – features a 600-yard rifle range with targets at 200, 300 and 600 yards, a 100-yard multi-purpose range and a 50-yard pistol range. It also includes 15 action pistol bays and a trap field, 5-stand field and a 15-station sporting clays field, all with automated trap machines.

Most covered firing points at the CMP Talladega Marksmanship Park are equipped with state-of-the-art, KTS electronic targets and scoring monitors. When these targets are pierced by bullets downrange, sensors determine the location of the shot and automatically display the score on the monitors. Located beside the shooter on the firing line, each monitor allows the competitor to see what he or she fired in a matter of seconds.

The versatile target faces, made of a rubberized material, have the ability to be reused thousands of times, meaning no need to paste new faces between relays in the pits. In fact, there will be NO pit duty required at the CMP Talladega Marksmanship Park, dramatically cutting down the time typically demanded by a single match.

To make firing on CMP’s latest installment even more convenient, all competitors will be provided transportation to and from the firing lines on the ranges, if they so choose – leaving behind the days of lugging expensive and heavy equipment.

For those not competing but wanting to stay in the action, monitors within the CMP Park Club House will display target images and scores from the matches held outside, as they are being fired – creating a more spectator-friendly atmosphere for all visitors of the CMP Talladega Marksmanship Park.

Make plans to visit the most advanced public marksmanship facility in the United States! We look forward to sharing our exciting new park with you!

For more on the CMP Talladega Marksmanship Park, including registration information, visit our website at https://thecmp.org/competitions/talladega-marksmanship-park/.