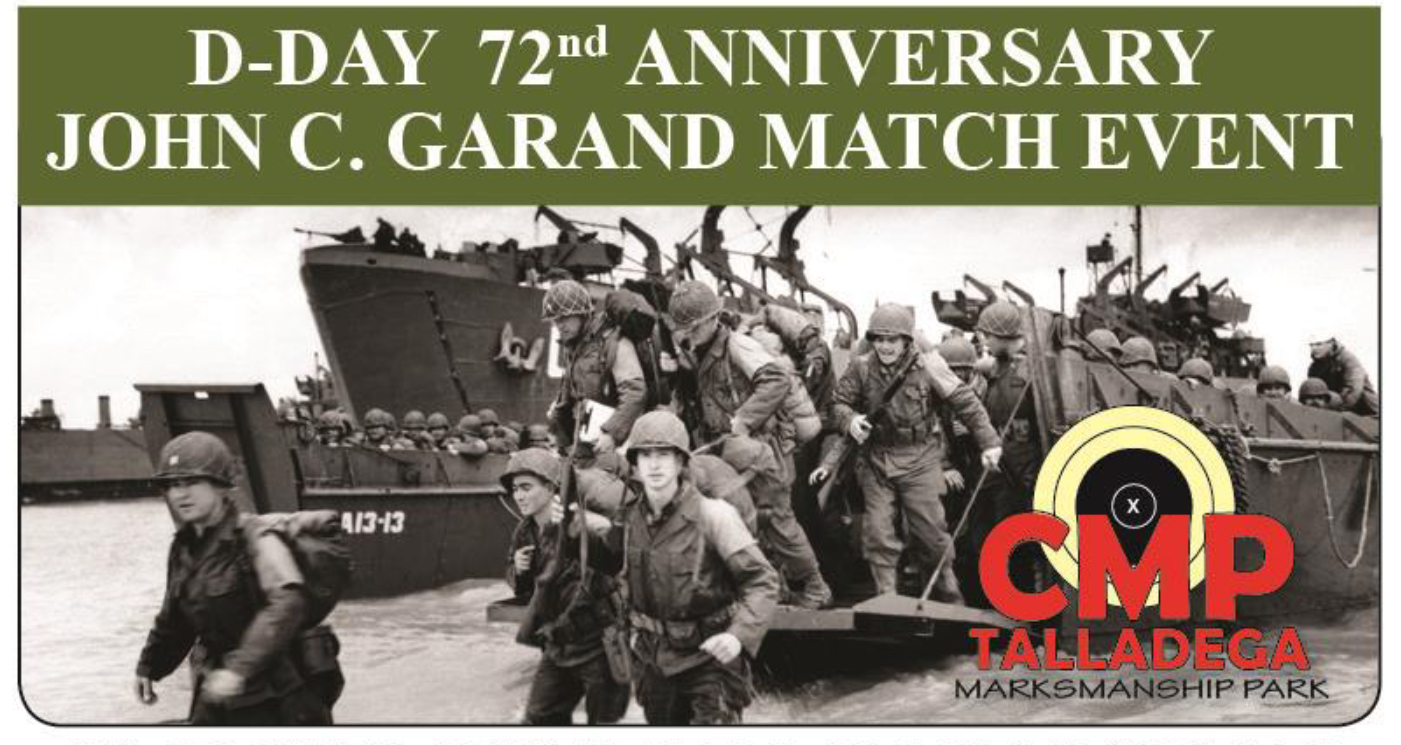 The D-Day Match commemorates the 72nd Anniversary of the Allied Forces landing at Normandy Beach in France back in 1944 with a variety of marksmanship events that include vintage military and modern rifle competitions as well as pistol matches. With Talladega’s shotgun fields also on site within the facility, guests were given even more marksmanship opportunities to enjoy at their leisure during the event.

New this year, the D-Day Matches featured the inclusion of one the of the CMP’s most popular Games Matches, the Vintage Sniper Match. During the event, a team of two uses a scoped Korean War, World War II or earlier as-issued military sniper rifle to fire at distances of 300 and 600 yards off of sand bags from the prone position. Each partner takes a turn as both shooter and spotter.

With over 60 registered for the event’s first showing at the D-Day Matches, CMP competitions department manager Shannon Hand said, “The addition of the Sniper Match was very well received by the competitors! It was a great event!”

Winning the Manual Vintage Sniper Match was Carolina Choir Boys with a score of 384-11x. Team members are Bobby Robinson, 50, of Millspring, and Daniel Henk, 67, of Tryon, NC. El Diablo and the Magic Man (Sollars and SSG O’Neal) landed in second with a score of 383-9x, followed by Sanderson-Morris in third with a score of 381-7x. The aptly named third place team consisted of Dennis Sanderson, 59, of Mayfield, KY, and Chris Morris, 50, of Lynnville, KY.

After team Hines III Cooper’s score was at first misplaced within the Manual results and overlooked, Cooper joked, “Now that I discovered my partner and I actually won the semi-auto sniper match, everything changes!”

Other notable Garand Match Winners were:

With a commanding lead in the EIC Rifle Match, Joseph Hall, 30, of Box Springs, GA, overtook the top spot by more than 10 points, recording a score of 496-22x. In second place was Herb Rosenbaum, 68, of Birmingham, AL, who fired a score of 483-14x – beating out Alan Smith, 49, of Flomaton, AL, by only the x-count. With his score of 483-12x. Smith was also the High Non-Distinguished competitor of the match.

Junior Katelyn Abeln, 15, of Douglasville, GA, proved she came to win after recording a score of 254-3x to earn gold in the EIC Pistol Match. She was also the High Non-Distinguished marksmen of the match. Holzman failed to catch Abeln – ending with an aggregate score of 253-2x, while James Knerr, 45, of Pensacola, FL, rounded out the Top 3 places with his score of 250-3x for third.

For a complete list of D-Day Match results, visit the CMP Competition Tracker page at http://ct.thecmp.org/app/v1/index.php?do=match&task=edit&tab=results&match=14042. Photos may be viewed and downloaded at http://cmp1.zenfolio.com/f354772336.