CMP Officially Dedicates Most Advanced Facility in the Country 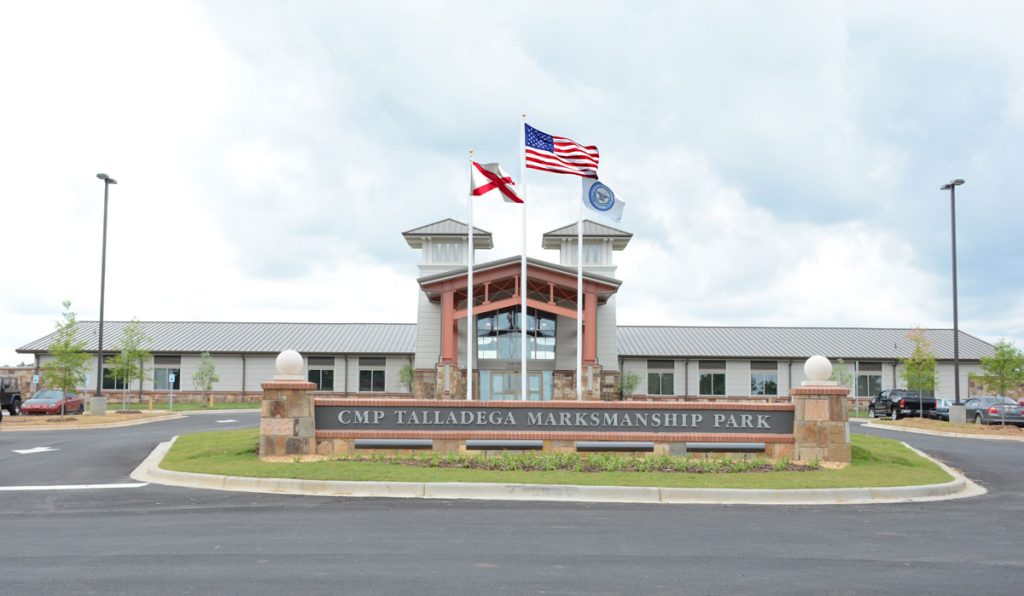 TALLADEGA, AL – On June 5, 2015, a crowd of over 400 invited guests made the trek to the Civilian Marksmanship Program’s (CMP) latest, $20 million installment – the Talladega Marksmanship Park – to help officially mark its opening. With the park’s variety of rifle, pistol and shotgun ranges containing state-of-the-art electronic targets and scoring systems, the invitees were able to explore the facility that has all of the components of being branded the most advanced marksmanship park in the country.

The Dedication Ceremony of the long anticipated 500-acre CMP Talladega Marksmanship Park took place on a breathtaking Alabama morning in front of the massive Park Club House entryway. CMP board members and local dignitaries were present for the occasion. 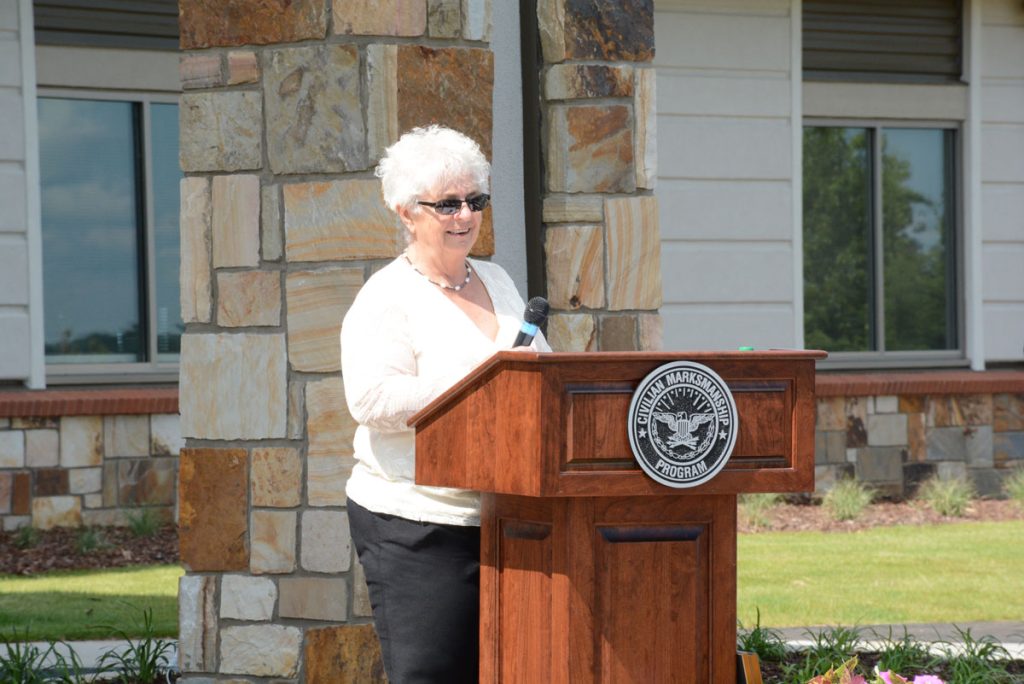 Chairman of the Board Ms. Judy Legerski served as emcee of the event. While at the podium, she described the history of the Civilian Marksmanship Program as well as why building Talladega was a necessary step for the CMP and the future of marksmanship.

“An NCAA competitor working for us one summer said to me, ‘Mrs. Legerski, where is the CMP’s range?’ I responded that we didn’t have our own range. That young woman looked straight at me and said, ‘You’re the CMP and you don’t have a range?’” Ms. Legerski explained. “I’d like to let her know now that we are the CMP and we do have a range.”

Alabama Governor Robert Bentley literally flew in to the park for the ceremony – landing by helicopter on the 600-yard range. Gov. Bentley spoke of the importance of not only the facility’s ability to offer a place where citizens can exercise their Constitutional right, but also its ability to serve as a venue to learn how to properly use it. 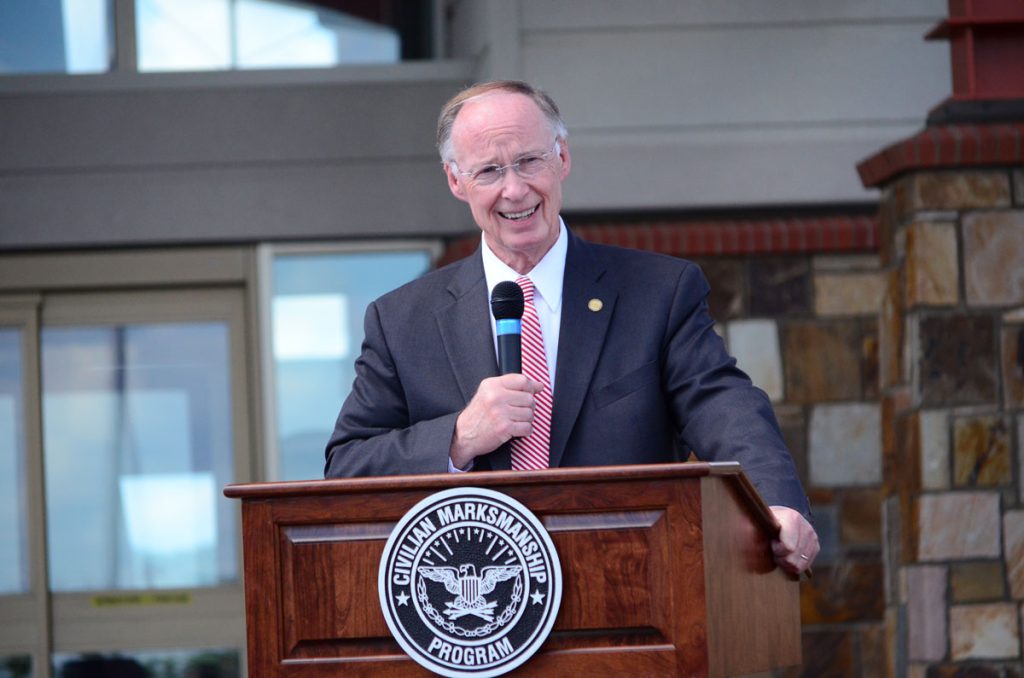 “It’s such a beautiful facility out here. It really will attract a lot of visitors,” he said. “Alabama is a state that loves the second amendment. We love firearms, and I think it’s important not only to have the right to bear arms but the responsibility to bear arms . . . we need to train, especially our youth.”

The governor is no stranger to firearms himself, earning marksmanship medals during his days in the Air Force in both rifle and pistol and personally owning a .223 rifle, as well as .380 and 9mm pistols – among others. He plans to come back and fire at the facility when he finally finds a free day. 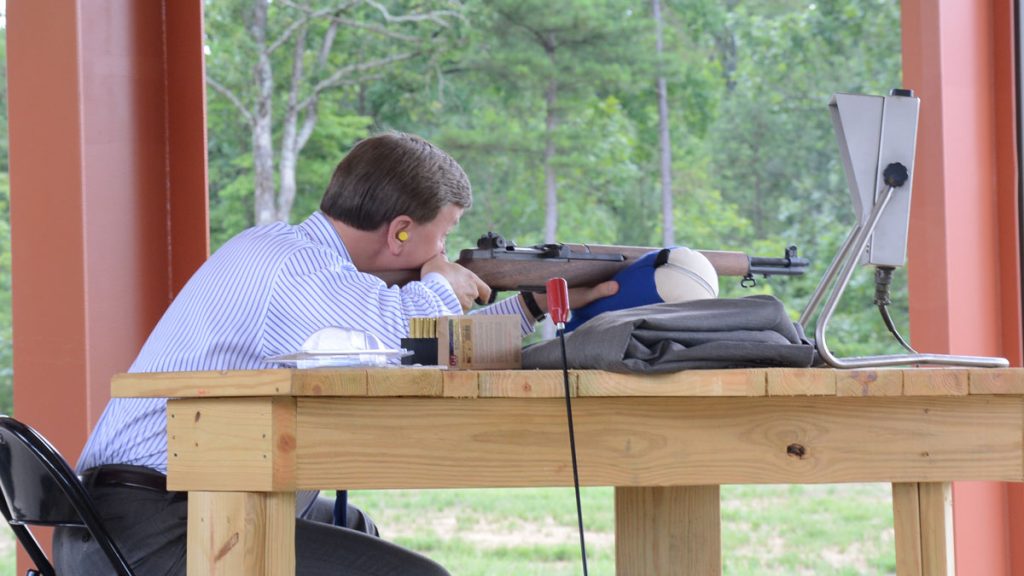 Congressman Mike Rogers of the House of Representatives was also present during the event. Now representing Alabama’s third district, he grew up in nearby Calhoun County – his family currently living only 20 minutes from the new park – and is familiar with all that the area has to offer. With the addition of the new Marksmanship Park, Rep. Rogers is excited to share the splendor of the area with those who will be visiting in the future.

“This is a great place. My son is already planning to come back,” he said. “You won’t find anything like this anywhere else. This really is a world-class facility. I think that people, not only from around the country, but from around the world, will make this place a destination. With all of these lush hills – it’s really a beautiful place to come.” 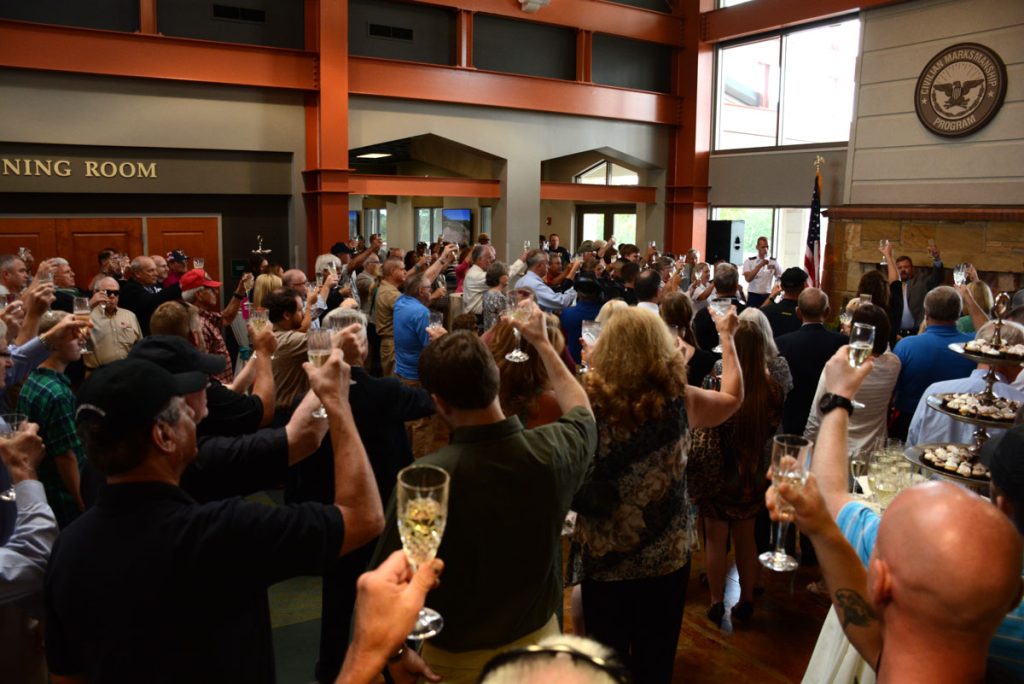 Once the range was officially dedicated, the spectators moved inside to the reception area of the Club House for a toast, given by CMP’s chief operating officer Mark Johnson. Those within the large group were treated to glasses of champagne and delicious mini cupcakes during the toast.

Afterwards, guests were free to snag a golf cart or walk on the many paved pathways to tour the grounds and were spoiled with fantastic hors d’oeuvres of shrimp, mini quiches, cheese, fruit and more. 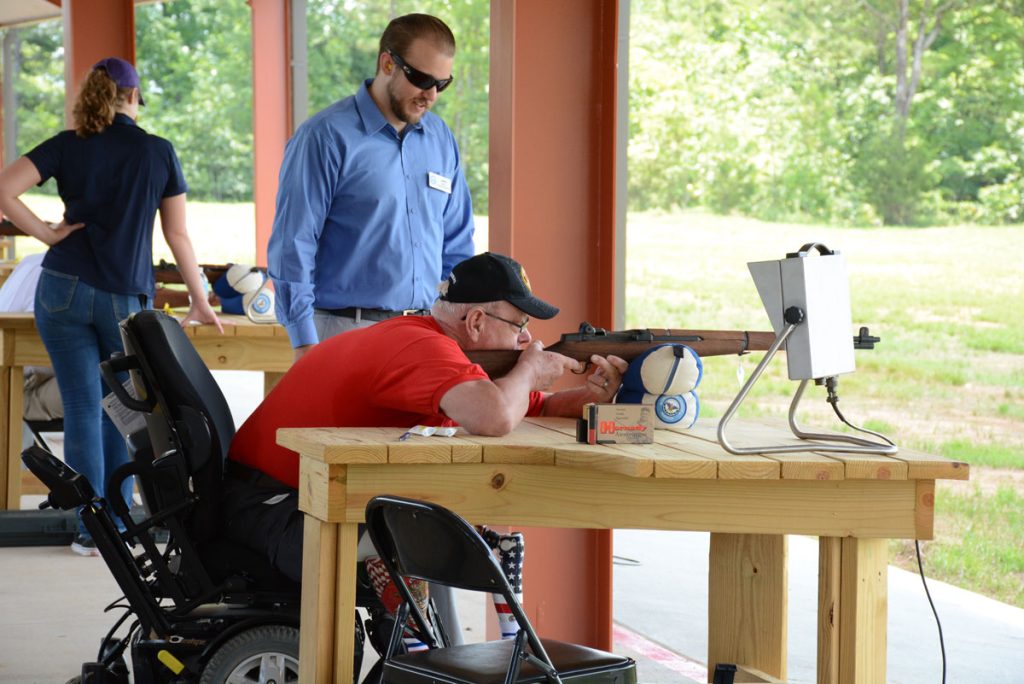 A One Shot Dedication Match was also held on the 600-yard range, where participants were given the chance to fire one round at 200 yards on the modern electronic targets. A printout on specially designed CMP Talladega Dedication Day paper of the single shot was given to each individual so that he or she may always remember the first time shooting at the world-class facility at Talladega. Henry M. Donaldson from Gainesville, FL, was the shooter closest to the secret coordinates and won a Special M1 Garand.

On Saturday, a D-Day 71st Anniversary John C. Garand Match was fired as the commemorative event. To appeal to other marksmen, EIC Rifle, Pistol and .22 Rimfire Pistol Matches will be held on June 7, with shotgun opportunities available throughout the weekend. 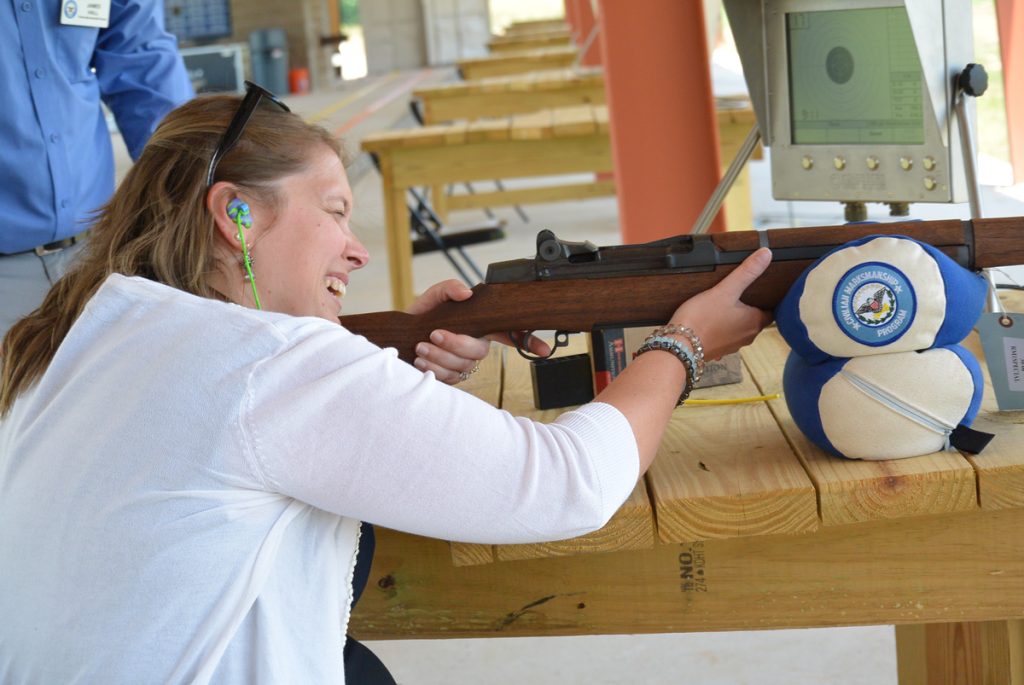 Except for special events, the CMP Talladega Marksmanship Park will be open to the public Wednesday through Saturday, 8 a.m. to 5 p.m. and Sunday 1 p.m. to 5 p.m.  Closed due to the dedication and commemorative match, the park will resume with normal operation on Wednesday, June 10.

For more information on the Talladega Marksmanship Park, visit https://thecmp.org/competitions/talladega-marksmanship-park/.