JERICHO, Vt. – The New England CMP Games will return to Vermont – bringing a rousing round of rifle and pistol events to the Northeastern United States. The matches, conducted by the Civilian Marksmanship Program (CMP) and hosted by the Vermont State Rifle and Pistol Association and the Burlington Rifle and Pistol Club, are scheduled to fire on the ranges of Camp Ethan Allen Training Site Sept. 20-24, 2017.

Registration is currently open. Enthusiasts are encouraged to register now to allow the CMP time to prepare the necessary supplies, though interested competitors will also be able to register for additional matches while attending the event, if needed. 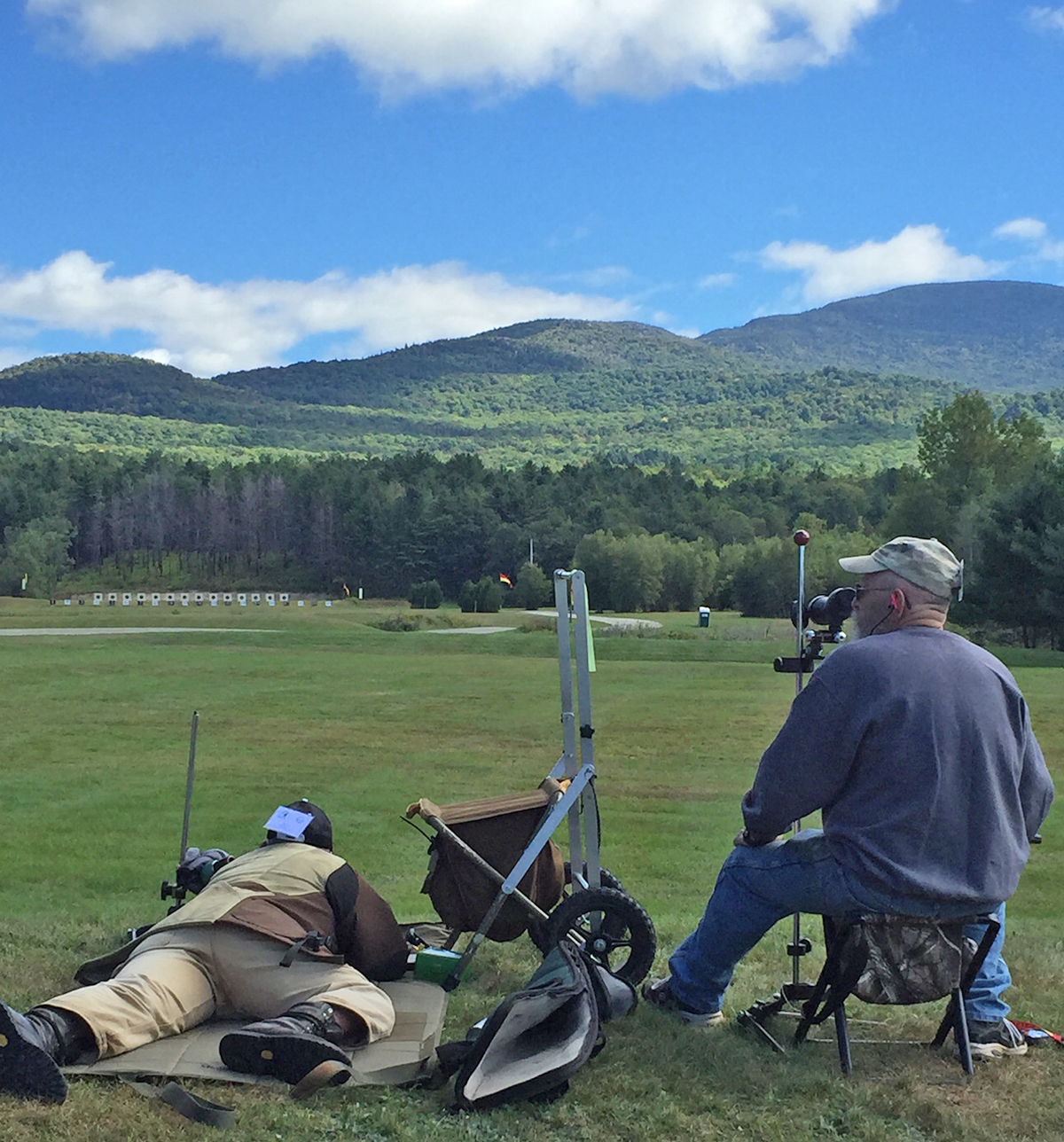 Sure to be known as the trademark of the New England Games, the range is surrounded by incredible views.

Over 150 competitors traveled to New England to fire in the inaugural Games last September, with even more anticipated at this year’s event. Besides the exciting and challenging matches offered to men, women and juniors of all ages and experience levels, the New England Games is becoming a sought-after destination for its breathtaking mountain views and naturally serene environment.

Participants in this year’s New England Games will also have the opportunity to fire on the CMP’s outdoor electronic highpower target system. The mobile targets were used earlier this year during the Oklahoma Games in April, as well as at an impeccable showing at the Eastern Games in May. In June, the targets made history by running not one, but an entire week of successful events on the ranges of Camp Perry in Ohio.

CMP’s electronic Mobile Range will be featured at the event. This means no pit duty is required.

Programmed with software that has proven precision, the target system LED monitors beside each competitor on the firing line provide accurate shot accounts, with no need to change paper. The well-lit screens have been tested by an assortment of competitors for over two years for readability as well as ease of use and have been met with overwhelming positive feedback.

With the elimination of pit duty allowed by the target system, matches are completed in a shorter amount of time to give more opportunities to fire additional relays for those who want to prolong the fun. Shorter matches also alleviate the physical daily wear on competitors. 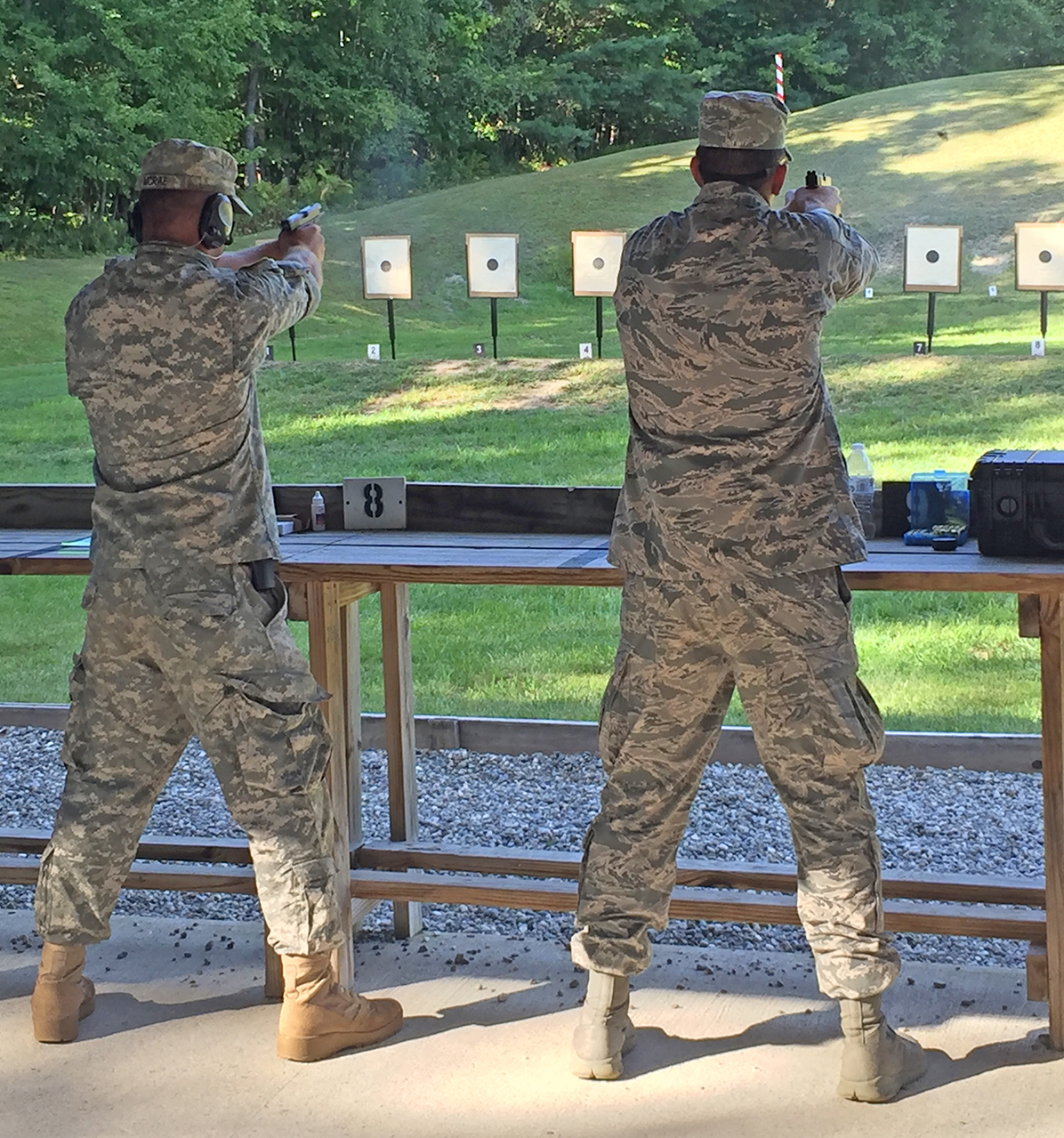 The Games feature a variety of rifle and pistol events for military and civilian enthusiasts of all ages.

Similar to the Eastern, Western and Oklahoma CMP Travel games, the New England Games features a variety of competitive shooting matches such as the Garand/Springfield/Vintage and Modern Military Match, As-Issued 1911 Pistol Match, Military & Police Service Pistol Match and a Pistol Two-Man Team Match. Additionally, an EIC Pistol Match, .22 Rimfire Pistol Match, Carbine Match and Vintage Sniper Match will be sure to challenge competitors of all ages.

For those wanting a more knowledgeable experience, a GSM New Shooter Clinic and a Small Arms Firing School (SAFS) will also be offered, led by certified instructors. No previous firearm experience is required for SAFS. Students participating in the clinic will learn gun safety, target shooting skills, positioning, basic rifle mechanics and will also live fire on the range in a true M16 EIC match. CMP provides ammunition and a rifle during the Rifle SAFS.

To register and for housing information, visit the New England Games page on the Civilian Marksmanship Program website at http://thecmp.org/competitions/cmp-travel-games/new-england-games/.