Walla Walla High School, in the southeast corner of Washington State, is the home of one of the first High School ROTC programs in the country. With a military cadet program dating back to the 1890s, as far back as 1906 cadets have received instruction in the craft of Rifle Marksmanship, always being taught by a Non-Commissioned Army Officer. When JROTC and ROTC were created by the National Defense Act of 1916, Walla Walla was one of the first programs to apply for national certification due to its already existing cadet program. Receiving its charter in 1918, it remains one of the oldest continually operating programs in the United States.

The high school, constructed in 1906, was built specifically with a rifle range. Walla Walla High School became nationally competitive by the 1920s, and in 1928 five Blue Devil cadets travelled by train to the JROTC National Championship held in Chicago, Illinois. Winning their first National Championship that year, the trophy still hangs in the range today. One member of that team, Henry Butherus, went on to serve as Team Captain of the All Army Rifle Team in the 1950s. Other graduates were Henry Gettman, who was the U.S. Army National Champion in 1935, and Gene Gossett, who competed on the All Navy Rifle Team in the 1960s after serving a tour on a river patrol boat in Vietnam.

In 1964, a new high school campus was constructed, again with a JROTC rifle range to accommodate the viable marksmanship program. In the 1980s, former All Army competitive shooter Master Sergeant Gerald Taylor took over as coach. During his 20-plus year tenure, he developed the team into a nationally competitive program again. The next National Champions appeared in 1996 with Jennifer Harrison and 2007 with Amber Criss. Both shooters continued shooting in the NCAA on collegiate rifle teams.

The range took a new turn in 2011 as it was renovated with new electronic targets from Megalink and SCATT systems. Assisted by the new technology and with a new coach, Sergeant First Class Mark Mebes, Cadet Sarah Jameson set a new Army JROTC National Record at the Junior Olympic 3PAR National Championship in 2013, shooting an offhand score of 196-13x and leading the Blue Devil Team to its first team National Championship in 85 years. She is currently a sophomore at the University of Nevada at Reno, shooting on the NCAA Rifle Team.

Two years later, Cadet Nathan Brewer set two Army JROTC National Records: one for a half-match score of 595-44x and the other a 198-13x offhand. Brewer has earned spots on the USA Shooting Junior National Team for both air rifle and smallbore and competes at the United States Military Academy as a freshman, where he is the 2016 Junior Olympic National Men’s Smallbore Champion.

Current WAHI shooter Cadet Daniel Enger captured the All Service JROTC National Championship in 2015, and in 2016, the WAHI precision team was named the top Army JROTC precision team for the second year in a row.

As the program gains popularity in the school and the community, new talent enters the arena each year. As there are no other indoor shooting opportunities available within reasonable driving distance of Walla Walla, the shooters are completely JROTC trained and coached on the high school range, which is kept open by instructors from 7 a.m. until 5 or 6 p.m., four to five days per week.

Mindful of the pride and tradition that the school carries, current JROTC cadets memorize the names of the 1928 and 2013 National Champions that grace the walls of the range today. As the current cadets take the firing line, they know that they have the same chance to add their names to those walls. In a tradition that has lasted over 100 years, Walla Walla High School’s military cadets will continue to prefect the craft of marksmanship and keep the program popular and viable for years to come. 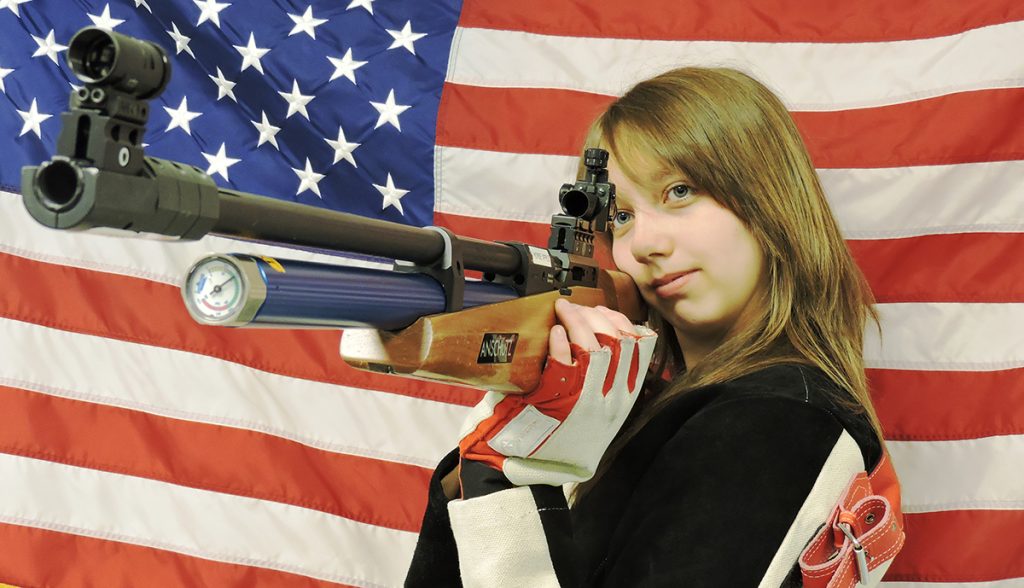 Cadet Major Madeline Erikson entered JROTC at Walla Walla High School as a freshman in 2012. Serving on the battalion’s sporter team for two years, she became a precision shooter in 2015. Serving on the 2016 Precision Team, she earned Junior National Distinguished Badge #1030 in April 2016. She currently serves on the battalion staff as the Training and Operations Officer and in March 2016 accepted an appointment to the U.S. Military Academy at West Point to compete on their 2016 NCAA Rifle Team.