The cadets from Southern Garrett High School JROTC program entered the Maryland State Junior Olympic rifle match for the sporter class. In the five years since the school’s air rifle program inception, the entry of the cadets into this competition was a first.

“The cadets were well prepared for this challenge, both in skill and attitude,” said coach Ralph Sheaffer. 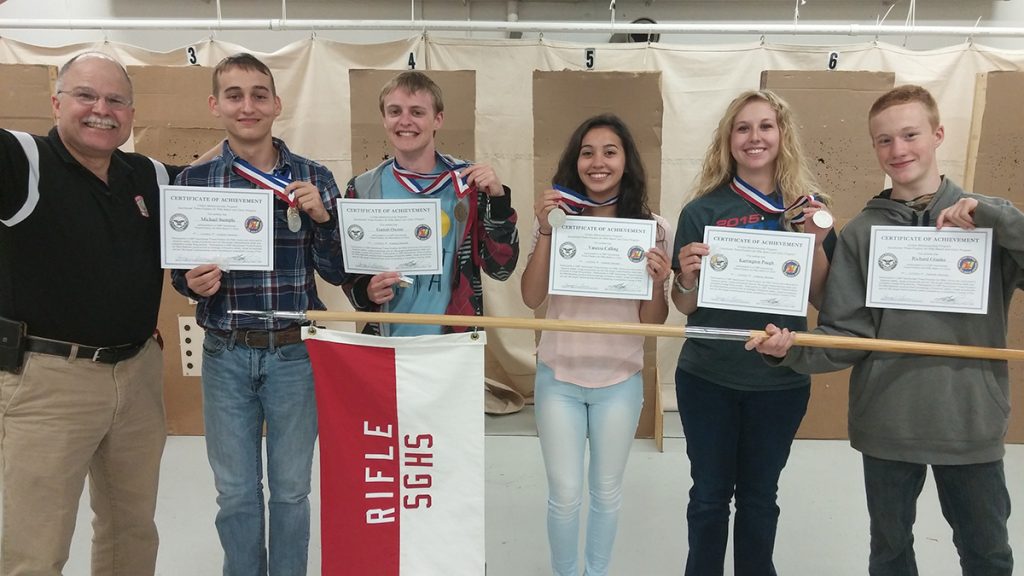 Garrett Owens took third place, sporter overall for the state with a score of 522/600. Fifteen-year-old Michael Stemple took first place for his age group with a score of 489/600 points, and the team consisting of Owens, Stemple, Karrington Paugh and Vanessa Calling took silver, with a score of 1985/2400 points.

Within the team, Southern Garrett had 27 10’s, was 85 points ahead of third place team Governor Thomas Johnson High School and was 70 points behind first place Annapolis High School. As for Owens, he missed an automatic invitation to the next Junior Olympic level of competition by only eight points.