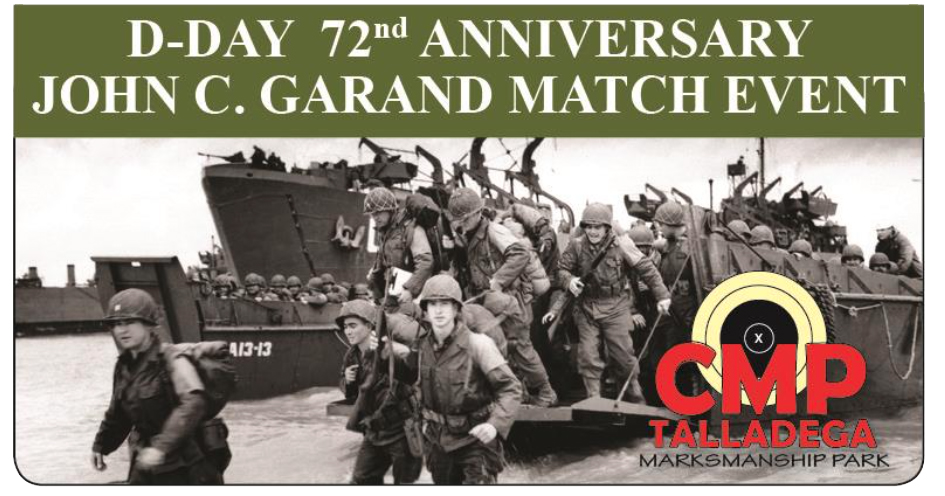 The John C. Garand D-Day Anniversary Match is a series of rifle, pistol and shotgun events. Last year, over 350 competitors stepped onto the covered firing lines for not only the Inaugural D-Day Matches, but the first official matches conducted on the Marksmanship Park’s soil. After a solid introductory year chronicled at the park, even more guests are expected at this year’s event.

The 500-acre facility includes a 600-yard rifle range, a 100-yard multi-purpose range and a 50-yard pistol range, equipped with Kongsberg electronic targets and scoring monitors that allow shooters on the firing line to review shots in a matter of seconds.

Since the intricate targets have the ability to be reused, there is no pit duty required at Talladega. For even more convenience, competitors unable to transport their equipment through the hilly terrain of Talladega Marksmanship Park will be provided with transportation to and from the ranges.

For shotgun enthusiasts, the facility also contains a trap field, a Crazy Quail field, a 5-stand field and a 15-station sporting clays field with automated trap machines, all open for use throughout the weekend, but is not part of the D-Day event.

Talladega Marksmanship Park is crowned by 13,000 square feet of the Park Club House overlooking Alabama’s mountain views. Inside is the CMP Pro Shop, operated by Creedmoor Sports, Inc., that gives guests the opportunity to purchase firearms, ammunition and other shooting supplies, as well as CMP memorabilia.