Though still months from the start of the 2016 CMP Junior Air Rifle Camps, planning and preparation is well underway.  With some groups already collecting forms to sign-up before their favorite camp fills and others fundraising to pay for camp tuition, the CMP is also diligently at work – organizing new ways to make the camps even better for the growing number of enthusiastic participants.

“Registrations start pouring in from day one, and this continues until all the camps are full,” said Sommer Wood, CMP Summer Camp director. “Vera Snyder is the primary person at CMP processing these registrations, and she does an excellent job keeping track of the hundreds of people signing up for camps.”

The ever-expanding camps and clinics train high-school age (9-12 grade) junior shooters on intermediate and advanced air rifle marksmanship skills through various exercises and demonstrations. In the last decade, from 2006 to 2015, the camps have grown by 804 participants – an equivalent of 245 percent. 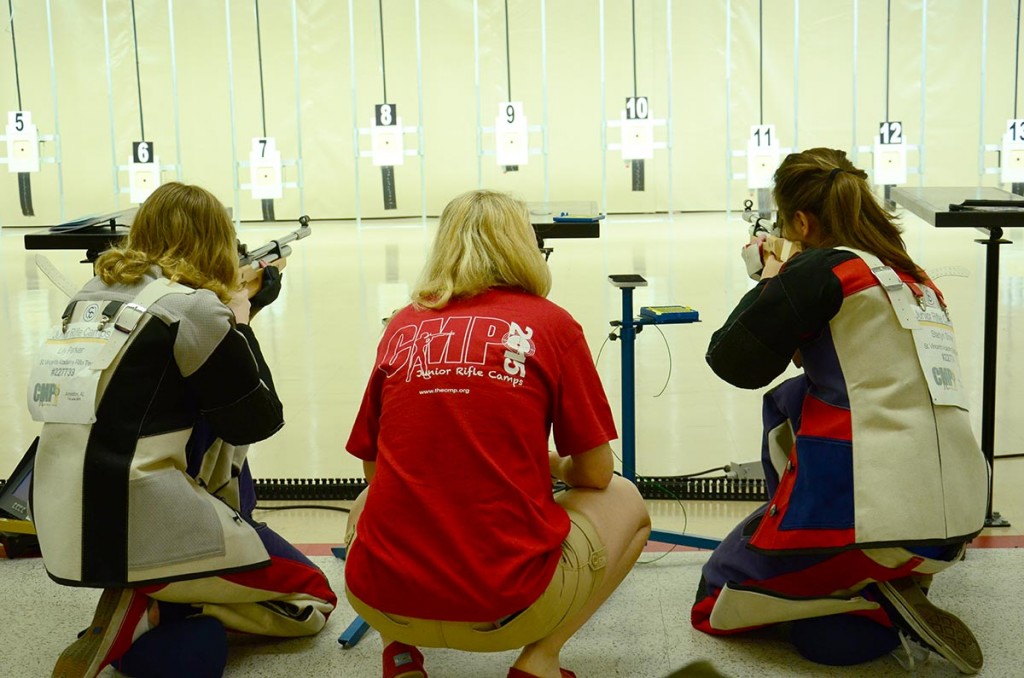 In 2015 alone, the camps catered to 820 junior athletes and 1,120 total participants (including adult leaders). Of those, 708 were attending a CMP Junior Rifle Camp for the first time.

Remarkably, the camps have also shown an increase in diversity. The past 10 years have seen an escalation in female athletes participating in the camps, from 25 percent to 41.5 percent, with summer camp staff consistently at or over 50 percent female.

And there is still have room for growth in 2016, especially with an expanded number of Outreach Clinics and Advanced Standing Camps for the 2016 season.

“The Outreach Clinics are shorter programs compared to our weeklong camps, but they are by no means lesser in the quality of instruction,” explained Wood. “The biggest difference between the two are the target systems used.”

Clinics are shot on paper targets, whereas the weeklong camps are shot on state-of-the-art electronic targets. The instruction is almost identical, with the majority of the week-long curriculum worked into the the three-day clinic format. 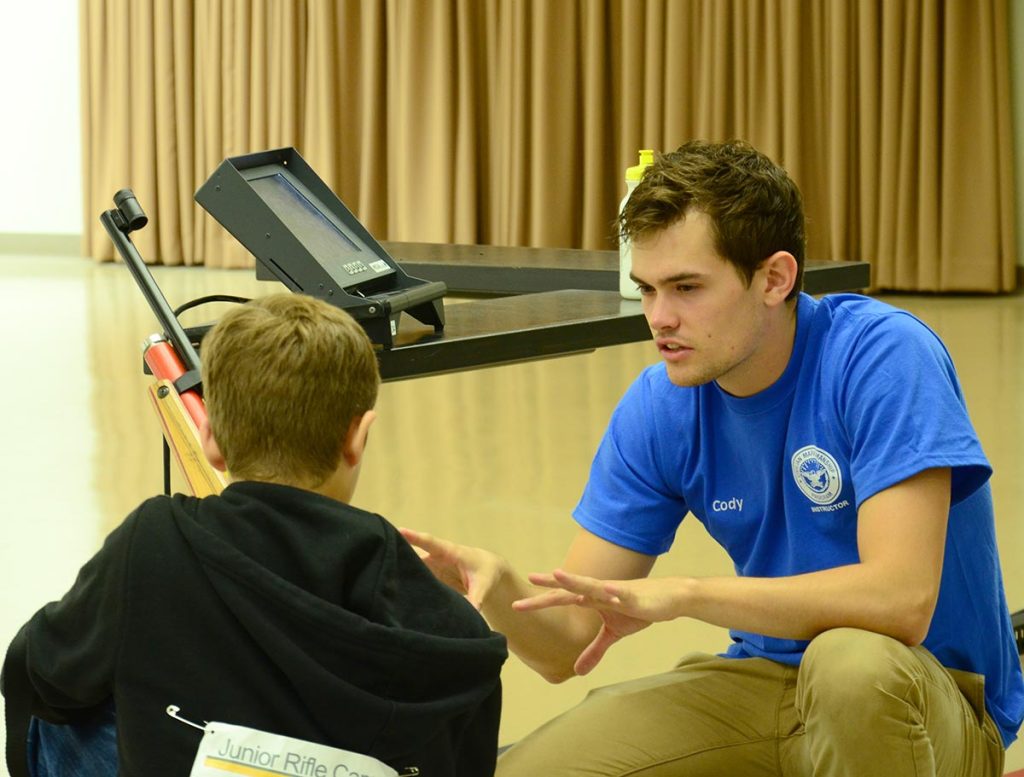 The Advanced Standing Camps are designed to be a follow-up program for those who have attended one or more of the three-position camps or clinics. The camps elaborate in even more detail each individual’s strengths and weaknesses to better the athletes for future competition.

“It is an intense camp, and we build on the material that we covered in the three-position camp program.” Wood added. “It is an especially attractive camp to those athletes looking to make the jump to the college level.”

The campers are trained by qualified student athletes from the top NCAA rifle teams in the country – the majority of whom had participated in the camps themselves as juniors. These camp counselors will lead the juniors in discussions and drills during the camp in small groups where they are able to give each participant personal attention.

The CMP is currently in the process of hiring counselors as well as finalizing the complicated logistics of transporting staff and mobile targets around the country for the 10 weeks of camps.

“It is a lot of work, but it is fun seeing the process come together, especially when the first camp starts and all the pieces have fallen into place,” said Wood.

Sommer Wood and Dan Durben are the chief instructors for the camp programs, with over 20 years combined air rifle summer camp counseling experience between them – 13 years for Wood and 14 for Durben. 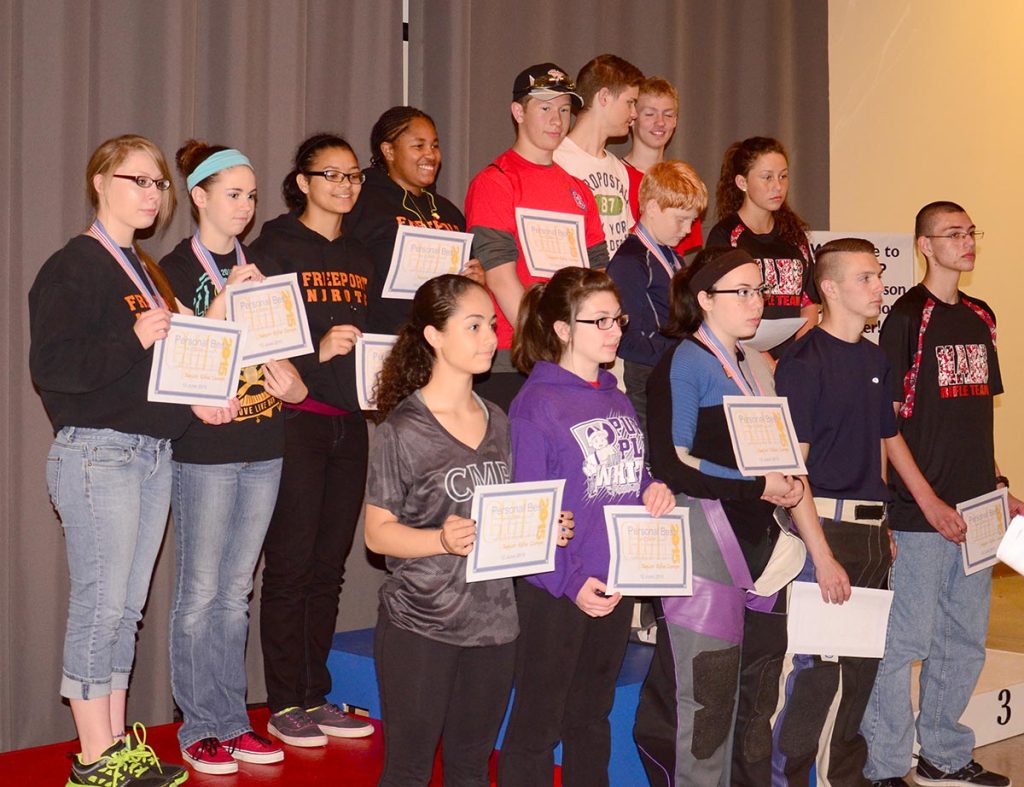 Both holding notable accomplishments of their own, Wood is a graduate of Clemson University, where she was an athlete on the air rifle team, while Durben is an Olympic athlete and former U.S. Olympic Rifle and Paralympic Shooting Team coach.

During the course of the camp, juniors will learn tips for both the physical and mental aspects of competition shooting. Topics to be discussed include proper positioning, goal setting, anxiety control and how to optimize equipment performance. Campers will also take a look into competition and finals performance, learn leadership roles and building self-confidence on the firing line – along with an assortment of skills that can be carried from the range into every day life.

Each group or athlete must be accompanied by an adult leader (coach, club leader, parent, etc.) for the duration of the camp. Recent high school graduates are not eligible to partake in the air rifle activities, but may attend as an adult leader. Chaperones are to provide transportation for the campers each day and are encouraged to attend the coaching sessions in order to gain a sense of the outstanding education their athletes are receiving.

For a list of dates and more detailed camp information, visit the Junior Air Rifle Camps and Clinics page on the CMP website at https://thecmp.org/air/cmp-competition-center-event-matches/junior-air-rifle-camps-and-clinics/.