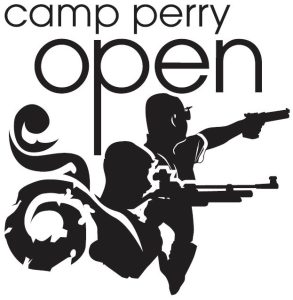 CAMP PERRY, Ohio – Over 200 competitors and counting are registered to compete in the Civilian Marksmanship Program’s (CMP) ninth annual Camp Perry Open, Jan. 16-18, 2015, at the Gary Anderson CMP Competition Center. The popular competition is guaranteed to bring a whole new set of crowds and fresh perspectives to the winter scenery in the Port Clinton area.

Some of the best marksmen in the country will be competing in Port Clinton’s backyard – including members of the Army Marksmanship Unit and the USA Shooting team. Events to be fired during the competition include the Men’s and Women’s 60 Shot Air Rifle and Pistol matches and 3×20 Junior Air Rifle individual and team matches.

The competition is open to air rifle and air pistol athletes of all ages and experience levels. Registration will continue to be open until the start of each event, for those interested in taking a shot at the world of marksmanship. Visitors are welcome into the range to observe at any time during the match – with free admission.

The highlight of the Camp Perry Open that sets it apart from other matches is the highly anticipated Super Final – which breaks from the traditionally quiet, concentrated finals administered during marksmanship events and is arguably the most unique finals system in the arena of competitive shooting. This year’s Super Finals will be fired at 2 p.m. on Saturday, January 17.

During the Super Finals, spectators are urged to bang on metal chairs, blast music, blow noisemakers and playfully hoot and holler at an attempt to distract the competitors and break their concentration for firing a perfect shot. Guests who have never seen the Super Finals are encouraged to attend and join in on the fun by being as LOUD as possible!

Following the 3×20 Match and the conclusion of the 60 Shot Matches will be informal awards ceremonies – approximately 15 minutes after the day’s competitions. The 3×20 awards will be held on Friday, January 16, while the 60 Shot awards will wrap-up the Camp Perry Open on Sunday, January 18.

For those who aren’t quite conditioned to compete, the Gary Anderson CMP Competition Center is open Tuesday and Thursday evenings from 5:00 to 8:00 p.m., September through June (except for holidays and special events) for air rifle and air pistol use. The range can also be rented for a fee for your next company or business/family outing.