ANNISTON, Ala. – The Civilian Marksmanship Program (CMP) proudly invites the top junior cadets from around the country to compete for the highest honors at the 2016 JROTC Three-Position National Championships, held March 17-19 at the CMP South Competition Center in Anniston, Ala. Air rifle athletes from Army, Navy, Marine Corps and Air Force JROTC (Junior Reserve Officers’ Training Corps) units will compete together in order to establish who has the right to be called National Champions. 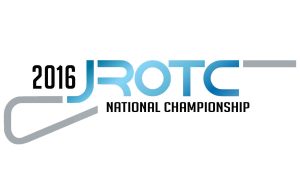 In October 2015, 7,483 junior shooters participated in the 2015-2016 Postal Competition, with the highest-scoring shooters in each branch qualifying for the JROTC Regional Service Championships in February 2016. Top shooters and teams from each Regional location (Ohio, Alabama and Utah) then earned a spot at the National Championship, where the overall winners will finally be determined.

The event is a 3×20 air rifle match, meaning competitors fire 20 record shots from three positions: prone, standing and kneeling. Visitors are welcome into the range to observe the National Championships at any time during the match – with free admission. All are encouraged to come witness this unparalleled display of young talent

In 2016, Larry and Brenda Potterfield Co-Founders of the MidwayUSA Corporation have again provided generous donations for this Championship.  Funds will be distributed to winning teams and individuals of the JROTC Championships.  Those funds will be placed in the teams endowment account with the MidwayUSA Foundation.  The MidwayUSA Foundation is a 501c(3) public charity that helps communities and organizations raise funds to support youth shooting teams and activities. The Foundation is an endowment which  helps fund team expenses today and into the future.

The CMP South Competition Center houses an 80-point air gun range – equipped with 10-meter firing points and state-of-the-art electronic targets to accommodate air rifle, air pistol or National Match Air Rifle shooting. The electronic targets, used in some of the most elite ranges in the world, update scores automatically and display them on large television monitors within the range to allow spectators to keep track of the intense competition.

For those unable to attend the event, scores for the JROTC National Championship are also available for viewing online through the CMP website.

For more information on the JROTC National Championship and a link to live target images, visit https://thecmp.org/air/jrotc-air-rifle-national-championship/.