Rifle marksmen looking for a challenging service rifle team match are encouraged to sign up for the Hearst Doubles Match, firing on July 18, 2014, at the National Trophy Rifle Matches.

The Hearst Doubles began in 2006 and has become one of the most popular and prestigious events during the CMP National Matches. Two-person teams fire a 30-shot course of fire in standing and prone positions from 200, 300, and 600 yards, using service rifles. Match winners will receive their names on the William Randolph Hearst Trophy. 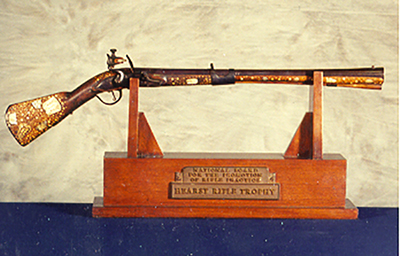