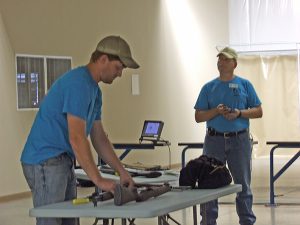 CAMP PERRY, Ohio – The Civilian Marksmanship Program (CMP) has built itself on the sale of historical rifles and creating the competitions where they can be fired. Coinciding with those ideals, the CMP is offering a clinic for the overall care and match use of these popular rifles for competitors and enthusiasts alike. 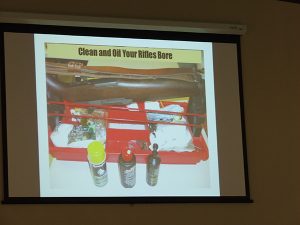 The Garand and Springfield Maintenance Clinic will be held on July 16, 2014 from 4-6 p.m. in the new Gary Anderson CMP Competition Center during the National Trophy Rifle and Pistol Matches at Camp Perry, Ohio. The clinic will be led by CMP armorers who will present demonstrations on assembly, disassembly and maintenance on the M1 Garand and M1903 Springfield rifles. Ways to acccurize these rifles for legal use during the matches will also be covered.

The world-class Gary Anderson CMP Competition Center is a state-of-the-art air range, consisting of 80 firing points – each equipped with electronic targets. The clinic will be held in one of the newly built classrooms attached to the common area of the Center. Authentic Olympic memorabilia from two-time gold medalist and range namesake, Gary Anderson, is also on display throughout the building – making the clinic a worthwhile trip, for the scenery alone.