From Mom to Mentor: Maureen Trickett’s Journey As a Female Coach

“I always joke with people: The first time someone asks you to volunteer, the first time you say yes, you’re in. That’s how I got started,” teased the woman in the Massachusetts Rifle team jacket – one of the few women in the crowd at the air gun range with the word “coach” embroidered onto her clothing.

CMP’s Massachusetts State Director Maureen Trickett’s journey in the marksmanship world began out of boredom and grew into something she has made her life. As the current coach of the Massachusetts Rifle Rebels, she has helped lead her juniors to title wins and impressive performances.

Although – having those distinctive female characteristics and traits may have helped along the way.

Maureen’s career in the competitive shooting realm stemmed from her first and most important job: being a mother. Her three children, Katie, Jennifer and Kevin, decided they wanted to give firearms a try after growing up watching their father and gun enthusiast, Charlie.

Each falling in love with a different discipline, Katie became a member of the Ole Miss Women’s Rifle Team, while Jennifer preferred pistol shooting – earning a place on the Ohio State Pistol Team for four years and receiving multiple awards, including a National Record and being named a member of the Olympic Development Team.

As for Maureen’s youngest, Kevin, he set a National Record in air rifle at the age of 10 and also moved on to become the National Champion of CMP and NRA week at Camp Perry as a junior. He is currently a member of the Army Marksmanship Unit service rifle team and has earned his Distinguished Rifleman’s Badge.

Some time while watching her family grow up on the range, Maureen, who generally sat in the stands, decided that she too may as well get into the action.

“I’m hanging around, and I was like, ‘Ya know, I’m bored,’” she said, with a laugh. “They started me with scoring, then little by little it progressed . . . I went to the National Matches and volunteered, and some of the coaches there said, ‘You should really take coaching classes. You’re good. Take them.’”

For over a decade, Maureen has been cultivating her skills as a coach, becoming certified in many areas, including: a Club Coach for the Massachusetts Rifle Association; Beginner, Intermediate and Advanced Rifle Program Club Coach for Reading Rifle and Revolver; Advanced Rifle in Smallbore, Air and Junior Highpower; along with many other credentials and experiences.

During her years of growth as a coach, Maureen also took it upon herself to help other young marksmen realize their firearm dreams by assembling clubs in areas of Massachusetts.

“Family brought me in, and our kids didn’t have anything local for them to do. What it took for us to learn how to do it, I didn’t want other families to have to go through. So, I figured with all of the coaching classes I took and experience, I’d start developing more to home,” she explained.

“I started a team at my local club, then another club, and then I took on the state team job . . . Once I divided that up, the junior clubs started having more teams, and we were able to get more competitive,” she added. “It’s grown quite a bit.”

Between coaching and running matches, Maureen finds herself at the range at least five to six nights a week. When she’s not at the range, she’s doing paperwork – scheduling, preparing entries, securing targets and awards. On top of that, she works full-time and still has duties at home, such as cooking dinner, shopping or doing laundry.

Of course, all of this together can be tiring for any coach who also has a life outside of the range. Fortunately, Maureen has a loyal group surrounding her.

“It’s a lot of time. I think a lot of people think you just show up to the range and it happens,” she said. “I am very lucky to have a very supportive parent staff that helps me with a lot of it. When things get crazy, they’re there to help me out.”

During the day-to-day activities, sitting with the kids on her team and listening to them talk about their lives has become one of the best parts of Maureen’s coaching duties. With her own kids now out of the house, that time spent with the junior shooters is a way of filling the void and allows Maureen to once again play the mother role.

“I think because my kids are older now, I miss that aspect of their lives,” she said. “These kids come in and they share their lives with me, so it’s kind of like they’re my own.”

Spending countless hours with her juniors, she’s able to build a trusting relationship with each one. Maureen says the kids’ ability to open up to her isn’t because she’s a woman, but because she is a coach.

“As a woman, I think they sometimes look at me more like a mom, so if they need to talk, they may talk to me more easily than a male. But I think that’s the relationship they have with a coach anyway. If they have a good relationship with their coach, whether it’s male or female, they should be able to talk to them,” she said. “But even some of the boys in the past, they still call me mom.”

As one of the few female junior coaches in the sport, being surrounded by men could be intimidating to some, but for Maureen, she sees it as a positive aspect – both for the future of marksmanship and her team members.

Her opinion as a woman, mother and coach can often be taken as nurturing and inspiring – attributes of which many of the male coaches she’s encountered have given her praise.

“I find in this field, I haven’t really run across any negativism. If anything, the reason I became a coach is because I was encouraged by so many men. I think they felt they needed more women because of the fact that girls in shooting, they like the input from both sides,” she said.

Maureen does her best to uplift girls who may be overwhelmed by the male-to-female ratio of the sport. She commends marksmanship’s versatility – expressing that shooters can challenge themselves in the individual sport, as well as be a part of a team. Everyone can work at his or her own pace to get better. Best of all, even if you aren’t the best, everyone gets to participate.

Summed up – it’s a level playing field for all involved.

“This is a sport that’s both equal for men and women,” she said. “I think that makes it a lot less intimidating for women.” 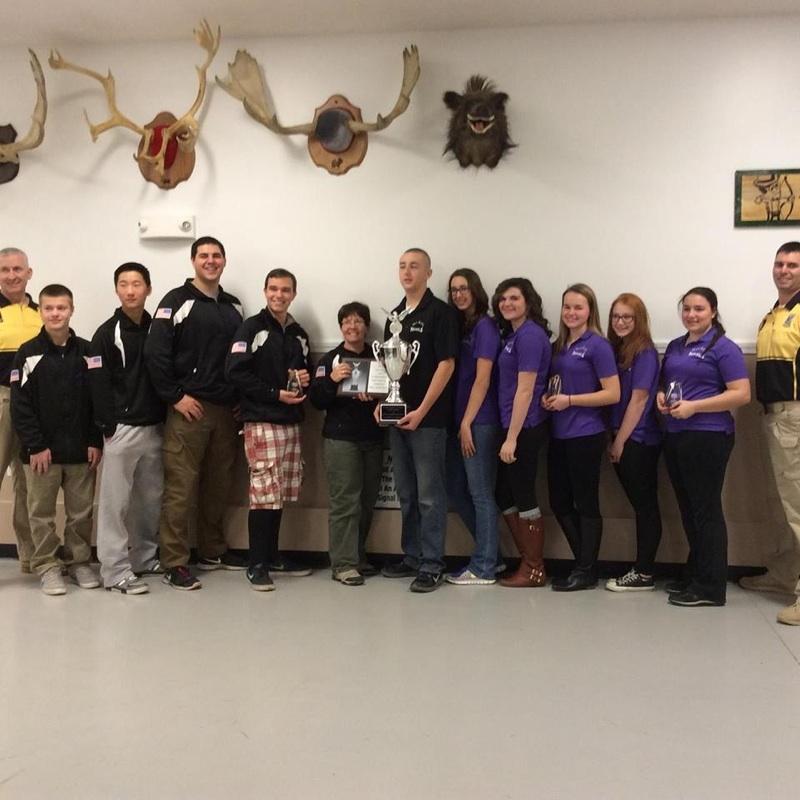 As an added hobby, Maureen has been building her own marksmanship skills, enjoying pistol and smallbore for fun. Her biggest love is long range, in which she reached High Master last year at Camp Perry. She also plans to earn her Judges License for the Paralympic World Cup – a field in which she has become closely involved – and she is eager to continue taking classes and learning from her fellow coaches.

At the end of the day, when all of the kids have gone home and the lights are turned off at the range, Maureen returns home to the person who is the reason she began her coaching career: her husband, Charlie. Each day, she takes the time to remember the way he supported her and how he continues to support her in all that she does.

“He was the one who encouraged me to go, puts up with me not being there for dinner when I’m at the range or traveling . . . but he still encourages it. As a man, and for us as a family, to support something like that is a big thing.”

In the end, it’s not a matter of men versus women – it’s a matter of support. Maureen is an example of how with hard work, drive and, most importantly, reassurance from those around her, great things can happen.