On March 30, the Civilian Marksmanship Program (CMP) wrapped up the first of four quarters of its Aces Postal competition. Nearly 200 air gun competitors fired upon paper or electronic targets at their home ranges to be scored by the CMP and compared alongside other competitors from around the nation.

Given its name from the distinctive poker chip sent to each participant who fires in the match series, the 1st Quarter of the postal competition began in October 2016. Both rifle and pistol junior and adult competitors of all skill levels may choose from a variety of 3×20 and 60 Shot air gun events. 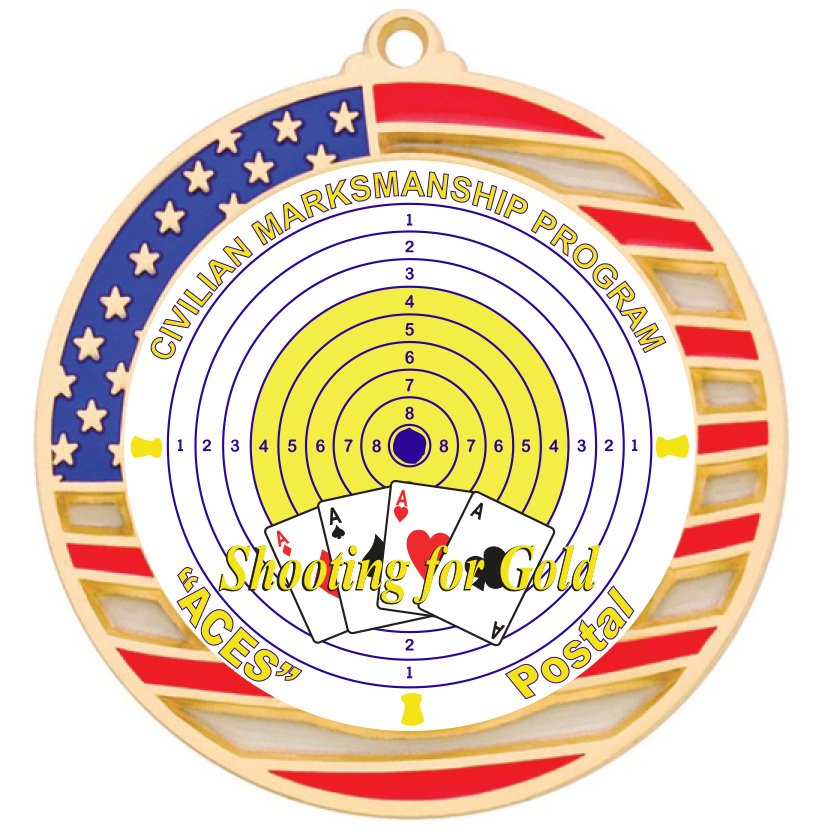 Of the nearly 30 competitors in the adult sporter and precision 3×20 events, CMP’s own Chance Cover fired a score of 592-49x to win the precision match, while MSgt Stuart Casselberry recorded a score of 551-15x to control the top spot of the sporter division. MSgt Casselberry also overtook the 60 Shot pistol match with a score of 563-14x.

In 60 Shot rife action, junior Daniel Enger of Walla Walla, WA, was the overall winner with a score of 616.5.

For a complete list of 1st Quarter results, visit http://ct.thecmp.org/app/v1/index.php?do=match&tab=results&task=edit&match=14776.

Registration and record firing for the 2nd Quarter series of events closes on June 30, 2017. Sign up now for your chance to compete against other air gun athletes and to receive an exclusive Aces Postal poker chip! To register, visit the CMP Aces Postal page at https://thecmp.org/air/cmp-aces-postal/.

About the Aces Postal:

Since January 2015, the Aces Postal has attracted hundreds of men and women, boys and girls, of all ages, to compete against one another without ever having to leave their hometown ranges.

The Aces Postal offers four separate quarters of a variety of competitions for assorted sets of rifle and pistol competitors, including:

Open to All Ages:

Open to All Ages:

Along with wooden plaques awarded to overall winning competitors, ALL participants in the Aces Postal will receive an exclusive poker chip. Each quarter presents its own unique chip, so compete in each one and collect them all!

Results are posted online for each quarter. For more information on the Aces Postal, including scores and detailed explanations of each Adaptive Shooting category (SH1, SH2), visit https://thecmp.org/air/cmp-aces-postal/ or email [email protected]. You may also call 256-835-8455 ext. 600 or 445.