ANNISTON, Ala. – In October, the Civilian Marksmanship Program (CMP) opened the doors to its South Competition Center air gun range in Alabama and welcomed area youth for a day of marksmanship learning and fun.

CMP staff walked the high school teams through a basic rifle familiarization course, with discussions in the classroom consisting of the three basic safety rules of M.A.T. (Muzzle, Action, Trigger), understanding of the parts of the rifle and the five fundamentals of shooting.

Last December, Carroll attended a seminar for career opportunities for high school students – the Joint Leadership Development Conference. There, Carroll met SMG Taylor of Etowah High School and later traveled to the school to help him set up a range and equipment. SMG Taylor mentioned the efforts of Carroll and the CMP to other North Alabama JROTC instructors, quickly attracting the interest and eventual involvement of the rest of the schools with the organization.

Carroll has also been involved with an additional collaborator, who approached him with the positive youth marksmanship project last spring. Members of the Greater Alabama Council of the Boy Scouts of America spoke with Carroll about the notion of getting JROTC units involved with the Scouts Venture groups, one of the core programs of the Boy Scouts organization. Carroll cleared the idea with the JROTC instructors he was working with and gave the Boy Scouts their contacts. The Boy Scouts provided transport and supporting range fees for participating units.

“The session went well,” Carroll said. “I always wish we had more time to get into position shooting. But what it felt like is that they were able to take away from the training correct aiming, importance of grouping and sight adjustment.”

At the end of the classroom portion, teams were taken into the air gun range for a live-fire period, followed by a 20-shot bench match.

“The benefit, for me, is seeing the local schools getting involved with the shooting sports,” said Carroll. “Also, seeing the instructors becoming interested in air gun and starting to join or form air gun leagues is another benefit.”

These programs are just a few of the examples of the encouraging progression of junior marksmanship training being generated by the CMP and its affiliates. The CMP is constantly at work, finding new ways to involve interested youth in proper instruction and safety – fulfilling its mission and responsibility to current and future firearm supporters.

To learn more about the CMP or to become involved with the organization, visit www.TheCMP.org. 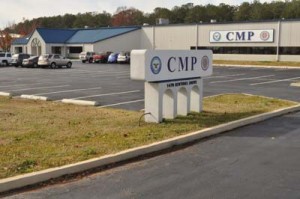