CAMP PERRY, Ohio – The Civilian Marksmanship Program (CMP) will kick off the next phase of the 2015 CMP 3PAR Competition with the Regional Championship, held in the world-class Gary Anderson CMP Competition Center at Camp Perry, March 26-28. Top junior marksmen involved in 4-H, Scouts, American Legion, club or JROTC air rifle programs will compete to determine who will move on to the final stage of the Championships.

This year, 2,445 juniors participated in the CMP Postal Competition on the road to the National Championship in June – set in Anniston, Ala. During the Postals, participants are issued official targets to be fired upon at their home ranges and returned to CMP for scoring. Top teams and individuals of the Postal Match are invited to participate in one of three CMP Regional Championships – held at Camp Perry, Ohio (March 26-28); Anniston, Ala. (April 9-11); and Sandy, Utah (April 9-11).

The event is a 3×20 air rifle event, meaning competitors fire 20 record shots from three positions: prone, standing and kneeling. Visitors are welcome into the range to observe the Regional Championships at any time during the match at all locations – with free admission. 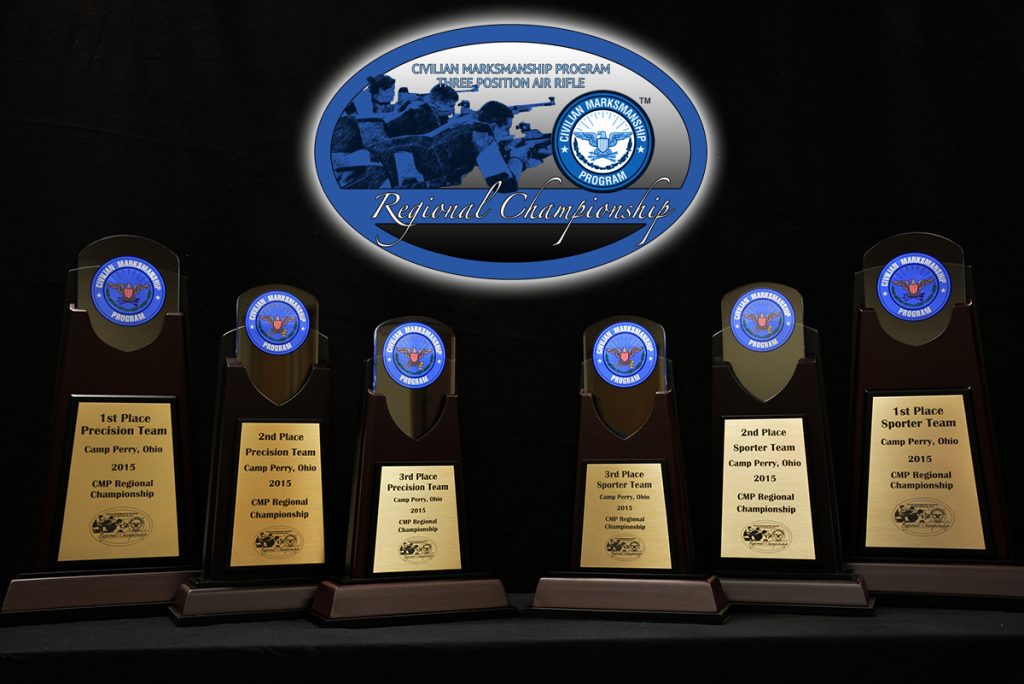 To reward the hard work of dedicated junior athletes and coaches, the CMP administers $21,000 towards teams who qualify for the Regional events, with an additional $21,300 for teams and individuals reaching the National level. A scholarship check for $1,000 is also available for the Top 3 highest-scoring senior athletes in both the sporter and precision classes at the National competition.