CMP State Director Workshop to be Held in October 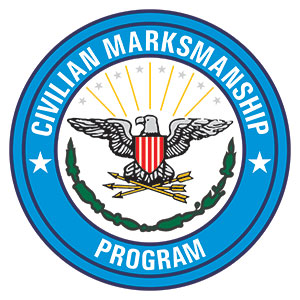 CAMP PERRY, OH – The Civilian Marksmanship Program’s (CMP) State Directors from around the country met for a weekend of fellowship and fun at the State Director Workshop October 3-4 in the Gary Anderson CMP Competition Center at Camp Perry. A group of 43 directors attended the weekend.

The State Directors of each of the 50 states are appointed to provide leadership, coordination, networking, motivation and publicity for shooting sports in their geographic areas. The purpose of the Workshop is to inform each director of the current activities and inner-workings of the CMP, in order to inspire each to integrate positive ideas and guidance into his or her home programs.

“The importance of getting the State Directors together in one place is the synergy that comes from them being together – collective ideas to promote marksmanship throughout all the states,” said newly appointed CMP chief operating officer, Mark Johnson.

On Friday, the day began with a welcome from CMP programs chief, Christie Sewell, followed by a short lecture from two-time Olympic gold medalist and DCM Emeritus, Gary Anderson. Anderson touched on subjects such as models for shooting growth, State Director responsibility and the Olympic path. Shannon Hand, competitions manager, addressed the group on the National Matches, clubs and other competitions for junior highpower marksmen.

Chairman and CEO Judith Legerski was also in attendance to discuss the current and future developments of the CMP. She also spoke highly of the State Directors, showing gratitude for their hard work throughout the year and appreciation for their willingness to collaborate with each other.

“It’s great to have the State Directors here with us, where they can share the new facility and they can share all of their ideas and the wonderful things they’re doing,” she said.

Following Ms. Legerski, Mark Johnson divulged into the occurrences of CMP Sales and the recent developments of CMP’s latest range project – the outdoor Talladega Marksmanship Park. The directors in attendance were also treated to a presentation on air gun maintenance, led by Scott Pilkington of PilkGuns.

After a brief State Directors update, Saturday brought less business and more amusement as the group climbed aboard the Jet Express ferry in downtown Port Clinton for a day on the lake at Put-in-Bay – the world-famous village on South Bass Island. There, in the cloudy, 50-degree weather, workshop-goers enjoyed a chilly train tour, a self-guided afternoon of all that the island has to offer and ended with a delicious meal at Tippers Seafood & Steak House.

The following day, the State Directors travelled to their respective homes where they will continue hard work in furthering programs in their own states towards the advancement of junior shooting.