CMP & NRA Coordinate 2020 Calendars for the Benefit of Competitor Scheduling

The Civilian Marksmanship Program and National Rifle Association have coordinated timing of training, pistol and rifle events of the 2020 National Matches at Camp Perry and NRA Championships at Camp Atterbury to provide competitors greater planning flexibility.

CMP’s Programs Chief, Christie Sewell and NRA’s Cole McCulloch, Director of Competitive Shooting, said “It’s important that competitors of both organizations have the opportunity to shoot matches of their choice without conflicting dates, by event.” 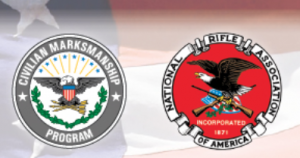 “Planning is very important for our competitors and our organization as well,” Ms. Sewell said. The CMP works continuously from a three-year planning calendar, not only for match scheduling, but housing as well.  Room requests for the National Matches fill quickly at Camp Perry, Port Clinton and neighboring communities,” she continued.

“We also understand that competitors, volunteers and our staff all need to request vacation well ahead of time. Many competitors tell us their employers require vacation requests a year or more in advance.”

Next year, the NRA will begin firing its primary of National Championships of precision pistol, smallbore and highpower at Camp Atterbury, IN, with registration on June 30 and competition opening with a First Shot Ceremony and Pistol matches on Wednesday, July 1.  Pistol competitions for NRA will run through Sunday, July 5, concluding with a first phase pistol awards ceremony.

Also, next year, the CMP will open the National Matches at Camp Perry with its First Shot Ceremony and pistol matches on Tuesday, July 7.  CMP pistol events will run through Sunday, July 12, concluding with an awards ceremony.

For more information about the National Matches at Camp Perry and NRA Rifle & Pistol Championships at Camp Atterbury, click on the following links: