Maj. Bill Barker, 73, who served 15 years as the Civilian Marksmanship Program’s New Mexico State Director, lived the last page of his incredible life story on July 11, 2017, after a brief health episode. He spent his final days surrounded by his family and loved ones in Albuquerque, where he resided. 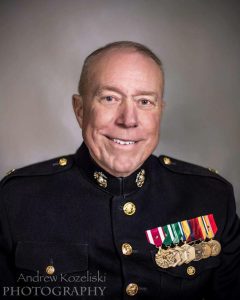 A notorious face at JROTC air rifle events across the country, Maj. Barker was a prominent force in the junior marksmanship community. Those around him knew him well for his quick wit and charmingly sly demeanor, as well as for the communicative skill, leadership, resilience and dedication he exuded towards helping guide the youth of New Mexico and around the country on competitive shooting.

He spent many of the adult years of his life shaping the sport, priding himself on his ability to give back by hosting a variety of camps and clinics in New Mexico, Texas and Arizona each year for both competitors and coaches. He even instructed clinics for schools as far as Washington State, Rhode Island, Virginia and California.

One of his greatest accomplishments, in his own words, was watching each of the over 80 JROTC cadets in his programs who decided to attend service academies go on to graduate from their respective schools. Many of those who went on to the academies admitted they did so because of the positive influence of Maj. Barker – proving the powerful impact he had on those he taught. He was a proud mentor who truly found joy in shaping young men and women into becoming well-rounded and successful human beings.

William (Bill) Barker was born on Sept. 29, 1943 in Bellingham, Wash. His early years were spent traveling the country with his father, who served in the United States Marine Corps, before returning to Bellingham to attend high school and college, where he graduated with a Bachelor’s degree in psychology. He also went on to earn a Master’s in Counseling.

In 1965, Barker was proud to follow in his father’s and grandfather’s footsteps by enlisting in the Marines. It was while he was in boot camp that he discovered his passion for marksmanship – participating in recreational and competitive activities as well as receiving some professional training. Eventually, he proved to be an exceptional marksman and was the High Shooter in his Basic School Course of over 220 lieutenants. 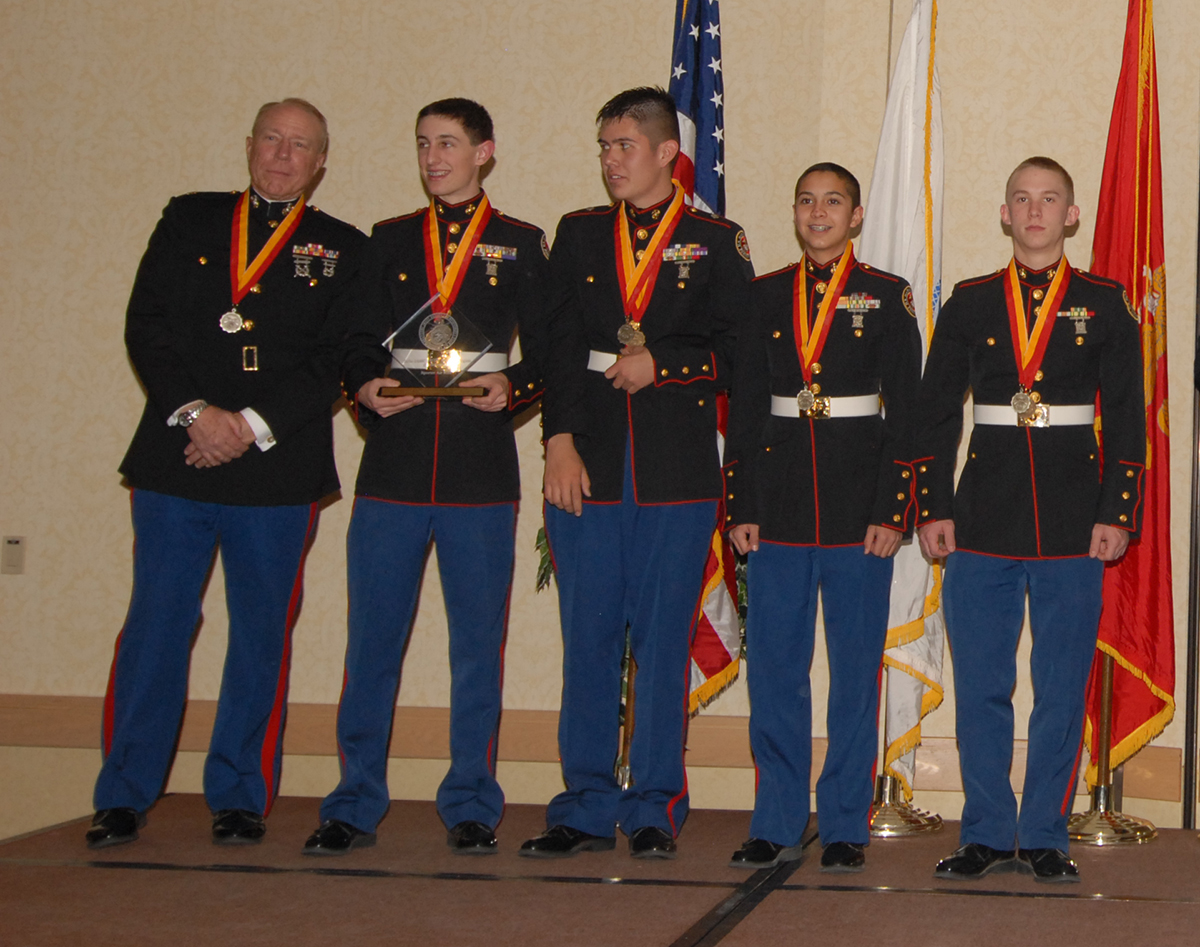 He retired from the Marines in 1990 and became a Junior ROTC instructor in Albuquerque, N.M., which he sustained for over 20 years. During that time, he learned more about junior air gun and helped to develop several national-level competitors.

Because of his success, he was selected to be on the NRA’s National Coach Development Staff as a coach trainer, while deciding to become an ASEP certified NRA Level 3 Coach and a JMIC Master Instructor on his own. Over the years, he also contributed on two National Airgun Councils, stood as the New Mexico Junior Shooting Sports Chairman for the American Legion, was Match Director for many major competitions within the state and was a member of the Military Religious Freedom foundation board. In 2015, he was named the Crosman Corporation Champion of Youth Marksmanship. 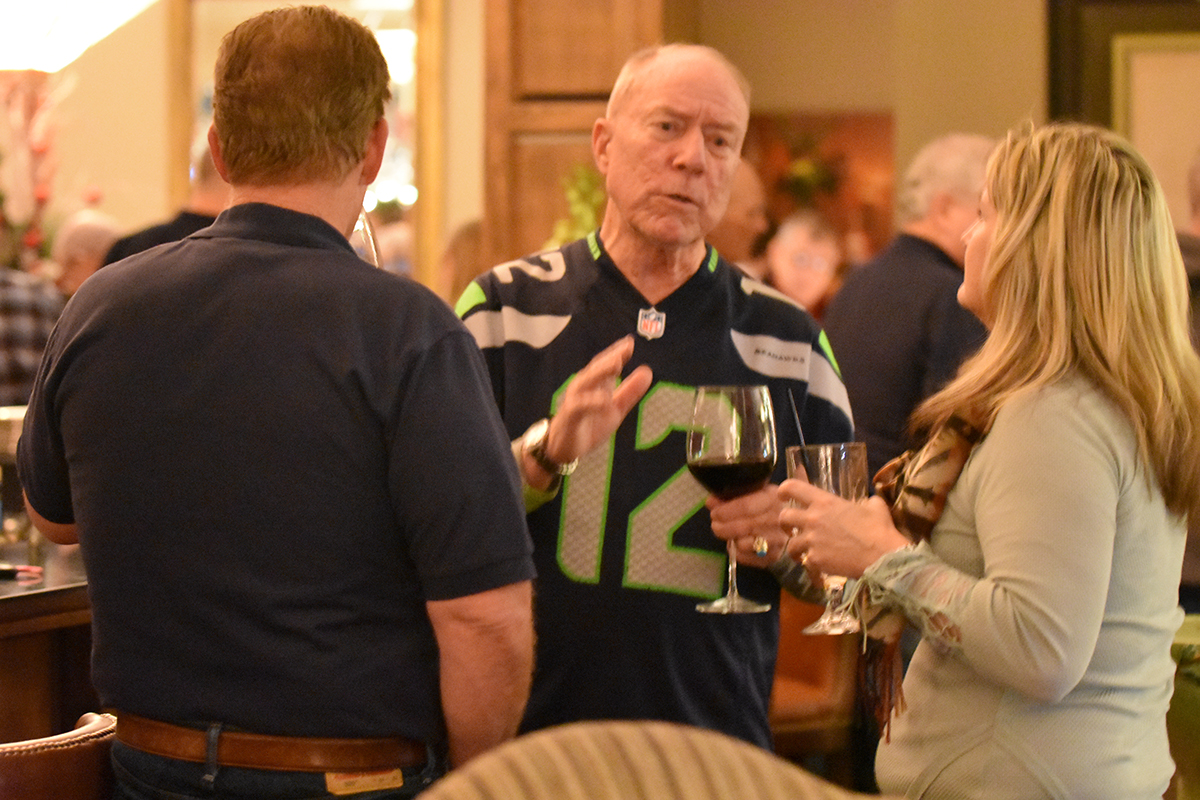 In 2002, he took the position as New Mexico State Director for the Civilian Marksmanship Program (CMP) and served under that title until his death. Always an extremely present individual at meetings, events and program planning, he will be sorely missed by the those in New Mexico as well as those who worked directly with him within the CMP.

Katie Harrington, program coordinator for CMP air gun events, worked closely with Barker at several matches over the years and spoke of how he will undoubtedly be missed at future events. CMP North Competition Center coordinator Lue Sherman, who works with the State Directors, remembers the scope of Maj. Barker’s talent and enthusiasm for junior air gun, saying, “Many have been taught at the hands of this great leader.”

Brad Donoho, a program coordinator for JROTC matches who was in contact with Barker through events and other correspondence over the last decade, was struck not only by the Major’s ability to shape marksmanship, but also his personal attributes that made him like no other in the world.

“Rest in Peace, Major Bill Barker. The shooting world lost one of its greatest ambassadors today. He left a huge impact in our small community. He was rarely seen without a Starbucks in hand. When he wasn’t drinking his Starbucks, he was telling a story for all to hear. You would be hard pressed to find a better BS-er, and he would be the first to tell you that. He could make anyone laugh.

When it came to shooting, he fought hard for his kids in Albuquerque. He secured grants, started new programs in the ABQ school system, purchased rifles and equipment and even procured electronic targets for the schools. The Major was a mentor to thousands of JROTC cadets, and he loved to entertain. He had us over to his house every chance he could. Trips to ABQ and our JROTC competitions will never be the same. He was a friend, and he will be missed.”

Donoho appropriately finished his tribute to Maj. Barker with “S/F B” – the way the Major signed off all of his emails.

Others within the organization who worked alongside Barker also commented on his passing, saying:

“Major Bill Barker stands tall among a small handful of people who have done the most to promote junior shooting in the USA. Bill was a Marine Corps JROTC Instructor whose leadership and innovation extended far beyond his own high school shooting program. Thousands of young people not only learned to shoot because of Bill Barker’s dedicated efforts, but they learned how to compete at the highest levels because of his passionate devotion to excellence in marksmanship and in life. Our sport has lost a giant!” – Gary Anderson, DCM Emeritus

“Major Bill Barker was a friend, a true character, and an unequaled role model in leadership of junior air rifle competition. I have said many times, to many people, ‘If we had 10 more Bill Barkers in this world, every kid in the country would be shooting.’ He challenged all of us to be better, to keep the kids in foremost in our decision making. Bill’s death leaves a great void, changing the landscape in junior competition. I will miss him personally – and the sport will miss him globally.” – Judy Legerski, CMP Chairman of the Board

“CMP and our sport lost one of its great promoters today. Major Barker worked tirelessly to improve the quality of air rifle programs under his charge. Major Barker will be missed greatly by those who loved him.” – Mark Johnson, CMP chief operating officer

“There are many things I can say about Bill Barker. He’s one of the first people I met when I started working at CMP 18 years ago. He helped with the Junior Olympics when CMP assisted USA Shooting, when these matches first started. He was very passionate about promoting shooting and getting every kind of support he could get for his kids. He would sometimes drive everyone at CMP crazy with his requests (pushy, but pushy for the right reasons!), but his heart was in the right place.” – Christie Sewell, CMP programs chief

“Not only did Major Barker do so much for the shooting sports, but he also did so much for his cadets. He opened many doors for them to better themselves. Major Barker treated everyone like family. He’ll truly be missed.” – Dana Bacak Lynd, CMP assistant programs chief

Thank you, Maj. Barker, for your years of service and the legacy you have imprinted on many generations of youth in this country.