CAMP PERRY, Ohio –The Civilian Marksmanship Program (CMP) is thrilled to once again welcome eager competitors to the Rifle Phase of the National Trophy Matches, held July 15-28, 2015, at the world-famous Camp Perry National Guard training facility. The matches have been fired on the base since 1907 and continue to draw thousands of athletes and spectators each year. The event offers air gun, vintage military rifle and modern military rifle opportunities to enthusiasts of all ages.

The National Match Air Gun events will be fired July 5-20 in the 80-firing point Gary Anderson CMP Competition Center. Shooters can choose to participate in any of the many air gun competitions, including the 30 Shot Re-Entry Matches in both pistol and rifle, 20 Shot Novice Prone, as well as the AiR 15 Challenge Match. 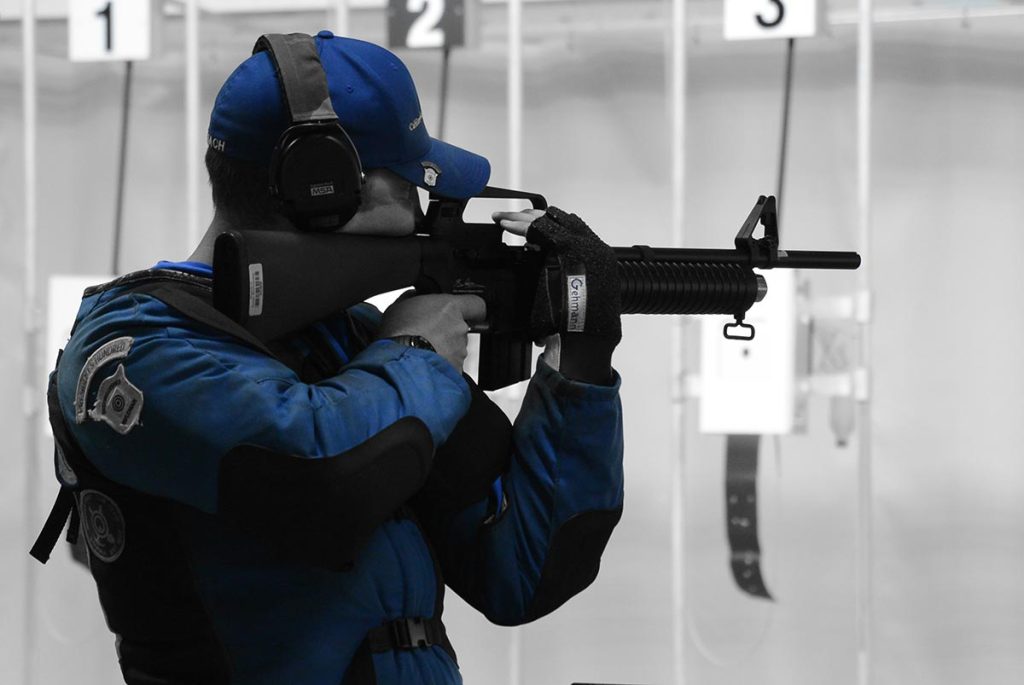 The President’s Rifle Match has been a principal event since the first Nationals was fired in 1903. The match received its named after the winners typically received a letter of congratulations from the President of the United States. After firing from 200, 300 and 600 yards, a shoot-off from 600 yards is fired by the top 20 competitors in the match to determine the winner. The Top 100 competitors overall is deemed “The President’s One Hundred.”

The National Trophy Individual (NTI) EIC match is fired from 200, 300 and 600 yards from standing, sitting or kneeling and prone positions – with a combination of slow and rapid firing. The National Trophy Team (NTT) match is a six-person team event, where at least one firing member must be a “new” shooter. New members are considered those who have never fired the NTT in competition. 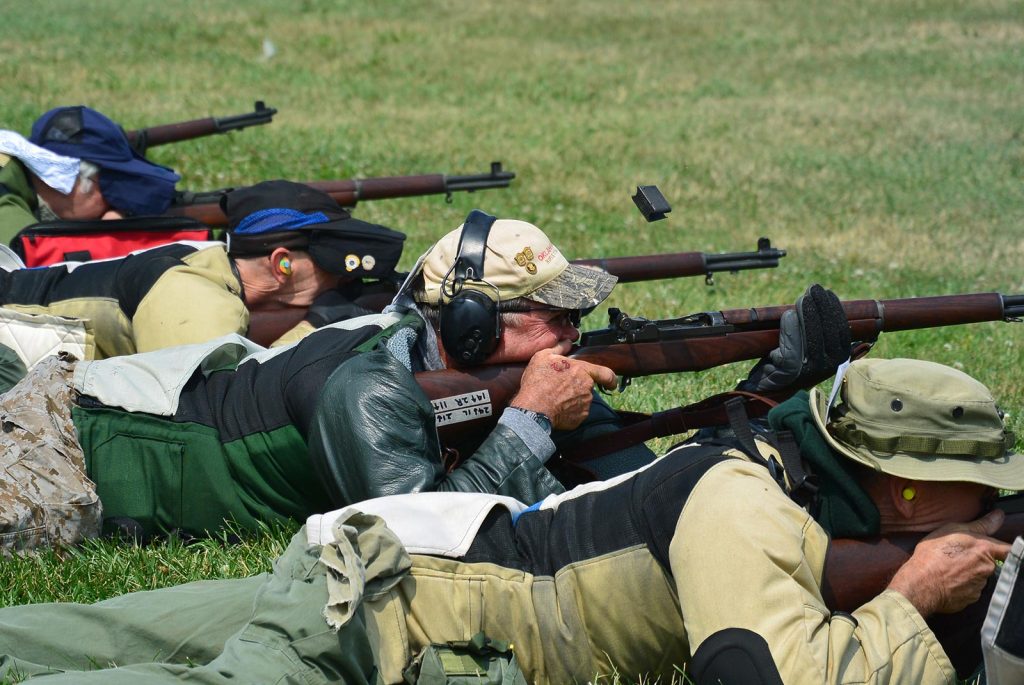 The NTIT has been a staple at the National Matches since 1922. Also known as the “Rattle Battle,” the event is one of the most unique in the competitive rifling world. Six-person teams begin the match with 384 rounds of ammunition, which they fire upon eight silhouette targets from 600, 500, 300 and 200 yards during 50-second periods. Marksmen participating in the match must have all equipment in tow from firing line to firing line, giving the Rattle Battle its name.

Another anticipated team match is the Hearst Doubles, which began in 2006 and has become one of the most regarded events during the CMP National Matches. Two-person teams fire a 30-shot course of fire in standing and prone positions from 200, 300 and 600 yards, using service rifles. 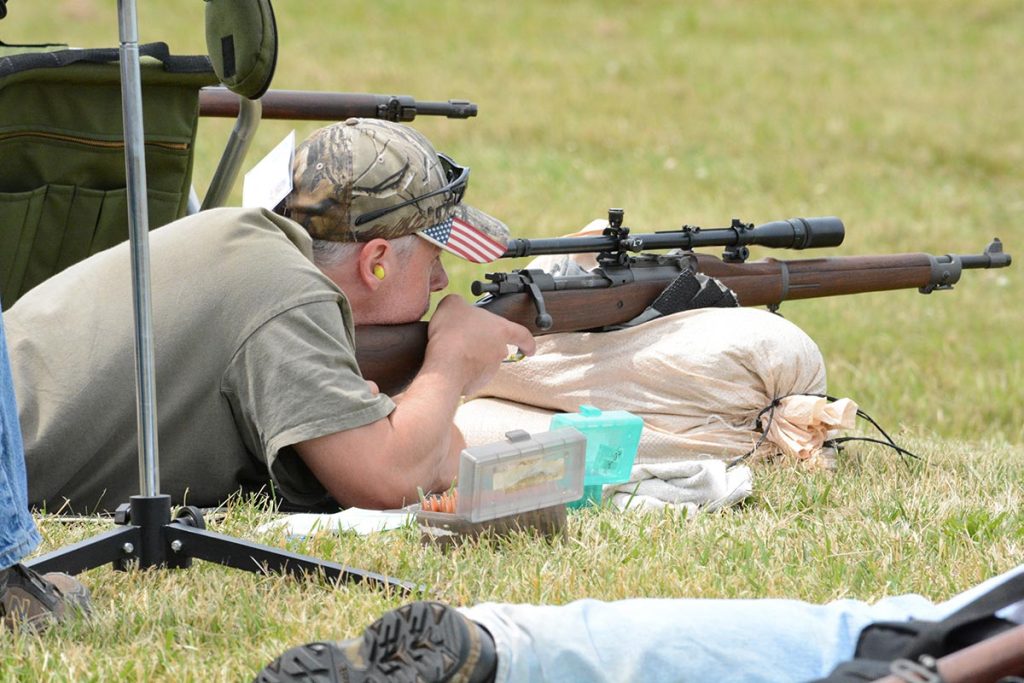 For those looking for more recreation-oriented shooting, popular CMP Games events, such as the Vintage Sniper, M1 Carbine, Springfield/Modern Military and John C. Garand matches, will also be present at the National Matches. These matches allow shooters around the country to compete in a fun-filled, relaxed, yet challenging atmosphere amongst old and new comrads. 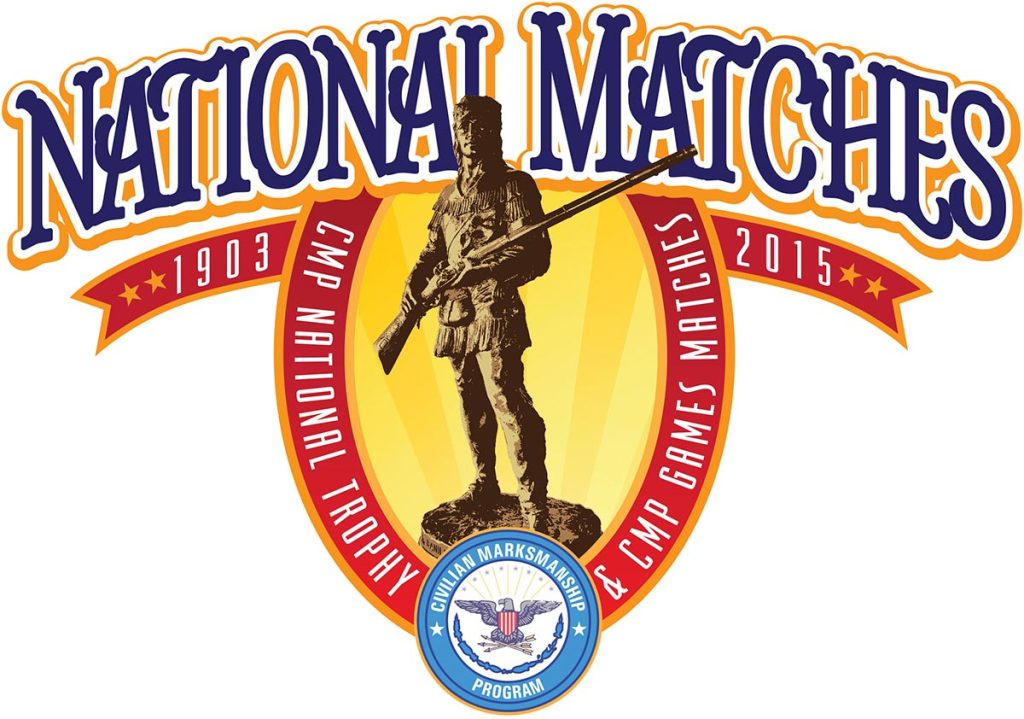 Please join us for another exciting year at the spirited National Trophy Rifle Matches and CMP Games. We hope to see you there!