CAMP PERRY, Ohio – While the National Trophy Pistol Matches fired under the hot July sun on the ranges outdoors, things were also heating up within the Gary Anderson CMP Competition Center as the National Match Air Gun events began. A variety of air gun opportunities were offered to competitors, including 60 Shot and 30 Shot air pistol matches as well as 20 Shot Re-entry and Bench matches for sporter, precision and AiR15 rifles.

Following just 10 points behind Chichkov was Anthony McCollum, 19, of Purdin, MO, with a score of 565-12x and Brenda Silva, 54, of Snowflake, AZ, with a score of 564-11x. McCollum served at High Junior of the event, while Silva was named High Woman. High Senior was Gary Peterson, 68, of Levittown, NY.

A Top Center Shot is also awarded during the 30 Shot Air Pistol Match to the competitor who fired the closest shot to center, with the Top 8 competitors closest to center receiving monetary prizes based on the number of entries. This year, participation in the match nearly doubled – with 658, compared to last year’s 377. 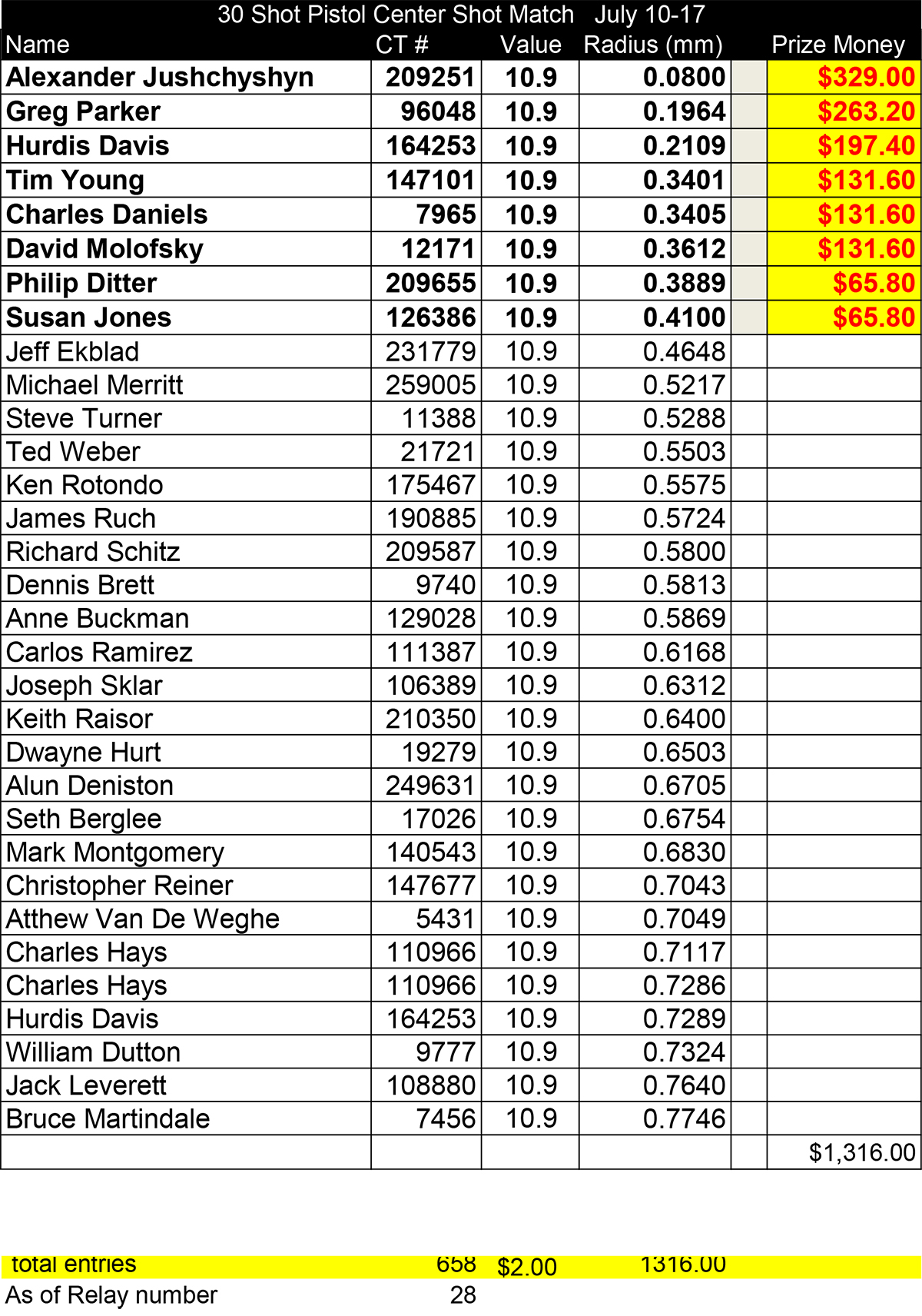