May fired a qualification score of 589 and entered the final in second place behind Ariana Grabowski, 17, of Beaver, PA, who fired a 590 and 685.8 overall. She expanded her lead with the first three shots in the final, but May came back strong, dropping just one point in her final seven shots while the leader slumped in her fifth through eight shots. May closed the match with a 101.7 final with a 685.8 aggregate.

Alexa Aguiar, 17, of Dighton, MA, finished third with a total score of 683.9 after qualifying with a 588 in the three-position match fired in prone, standing and kneeling. Brendan Whitaker, 15, of Bridgewater, MA, jumped from sixth to fourth place with a 100.6 in the final. 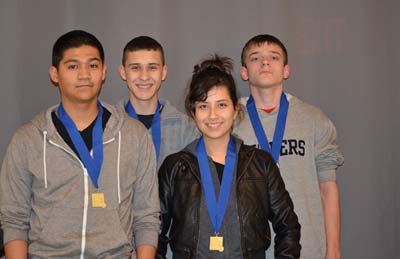