The 27th Annual Lobster Match (or as it is now known as, NRA New England Regional Pistol Championship) was held Friday-Sunday, Sept. 8-10, 2017.

The program consisted of:

The International Matches, in the past, consisted of Free Pistol, Standard Pistol and Center Fire, but this year, Walther Arms (one of the match’s fine sponsors) asked if it would be possible to also hold an air pistol match as part of the International Program. The organizers of the match readily agreed. The Orion Scoring system was used to score the targets for this match.

Walther Arms donated a Hammerli AP-40 to the overall winner. The Junior Pistol Shooters of America (JPSOA, a 501c3 organization) donated a similar air pistol to the top junior shooter. Patrick Schnupp was the winner of that pistol.

The South Portland Sea Cadets (many of whom shoot air rifle at Scarborough Fish and Game Association) provided a Color Guard for the event. It did an old sailor’s heart good to see those sharp looking cadets in their dress whites. 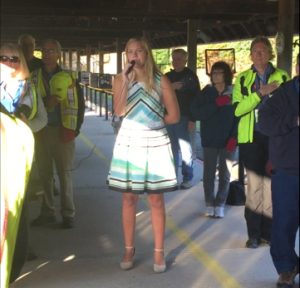 The National Anthem was performed by one of the club’s top air rifle shooters, Erin Schnupp, whose voice just captivated the audience.

The shooting was fun, and the competition tough, but of course the lobster (or steak), corn on the cob, chowder, blueberry cake and raffle was really the main event.

Without this program, the Scarborough Fish and Game Association would not have the top level AP-20 Air Pistols that it uses in its Junior Air Pistol Program. 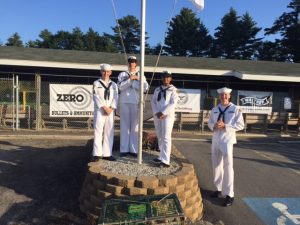