Thanks to the members of the Woburn Sportsman Association in Bedford, MA, we were able to host and run our third annual marksmanship hands-on clinic and championship.  The event would not have happened if the association did not generously open their doors to the junior community, which wants to learn more and to improve individual marksmanship skills.

The event stands out from others because of the presence of the Army Marksmanship Unit’s  (AMU) Precision Rifle Team. Through the generosity of the AMU, two members of their elite team have been sent in support of this event for the past three years. They have also donated the trophies that include names of the Top Winners of the championship from year to year. 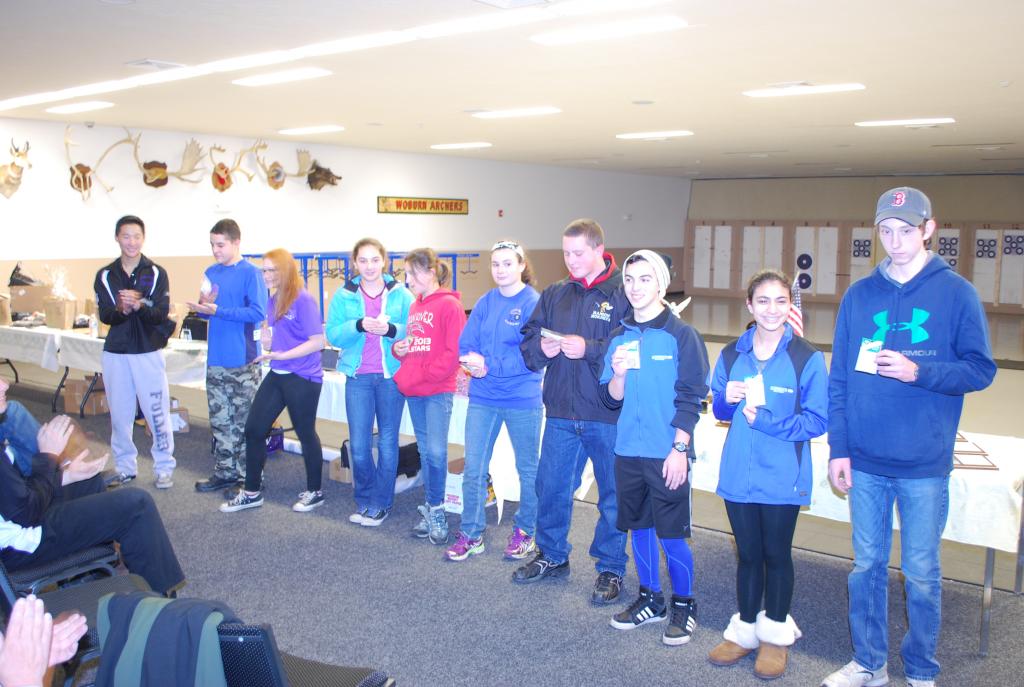 This year, we were very lucky to host SFC Eric Uptagrafft and SGT Michael McPhail. Both are members of The USA Olympic Team. Both Eric and Michael worked on the first day with parents, coaches and juniors, from beginner to advanced, with an open forum question and answer format. Day two consisted of four relays of juniors in both air rifle and .22 rifle. Participants received hands-on instruction by SFC Uptagrafft and SGT McPhail. They were also aided this year by cadet Olivia Nardone, a junior at West Point and a member of West Point’s Black Knights Rifle Team. Olivia comes from Winchester, MA, and is a past member of the “Mass Rifle Rebels” Team.  Olivia travelled home for the weekend to help her former team and to spread the importance of rifle safety. She was also an example of how the sport can support youth throughout school and college while also providing lifelong skills and promoting positive choices.

On day three of the event, students were able to demonstrate their new and improved skills on the line in two championship matches. There were three full lines of competitors in both air rifle and .22 small-bore, from beginner to advanced, competing side-by-side to win the top spot. SFC Uptagrafft and SGT McPhaill oversaw the competition, giving the competitors a pep talk beforehand, as well as positive tips after the match was over. 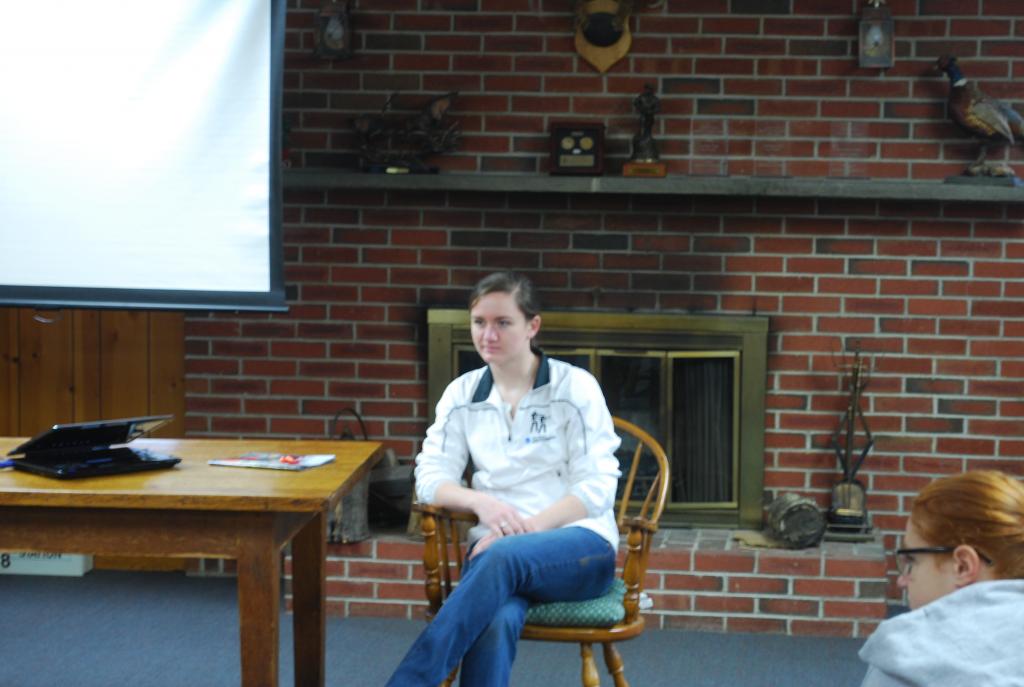 Upon completion of the matches, all competitors and their families and friends gathered to find out who would be this year’s trophy winners.

To keep the suspense going, Coach Maureen Trickett called up all first-time match competitors. The first match is the hardest for a beginner to compete, and Coach Trickett understood that they, more than anyone, deserved to be honored. Each was presented an Army challenge coin by SFC Uptagrafft and SGT McPhail as a token of completing a match. Each had just completed a personal best without even knowing it. Now, they are challenged to sign up for their next matches and continue on and up. 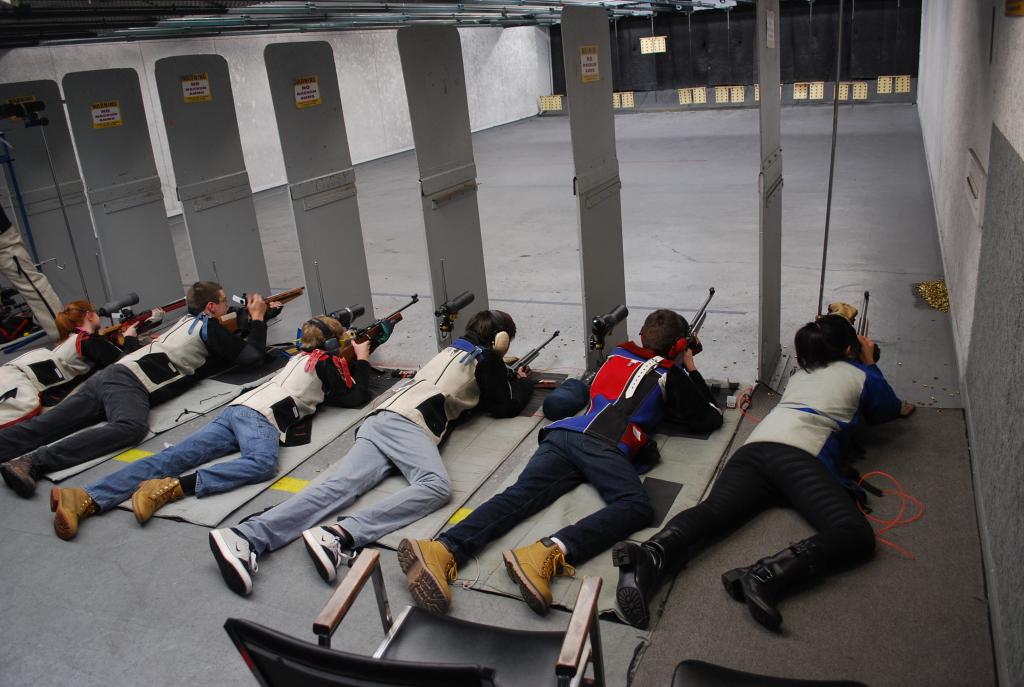 Award presentations then went on to the smallbore (.22) event, where men and women compete together for awards and Top Overall. Winners were: J3, Matt Lazarski of Hanson, MA; J2, Alex Muzzioli of Tiverton, RI; J1, Baily Urbach of Hudson, NH.

When the time came to name the Top Overall Winner, the presentation had a double accomplishment and announcement.  Overall Winner and Trophy Winner was presented to Verne Conant of Billerica, MA.  This was Verne’s last match competing with his “Mass Rifle Rebel” teammates. Verne will be entering basic training in January and upon completion will be joining the Army Marksmanship Unit for Service Rifle. After receiving his award, SFC Uptagrafft had Verne drop and give him pushups as a welcoming gesture to the unit. Verne will be a much missed member of the “Rebels” team and also as part of Maureen’s junior coaching staff, who assist her on Monday nights with the beginner junior program. 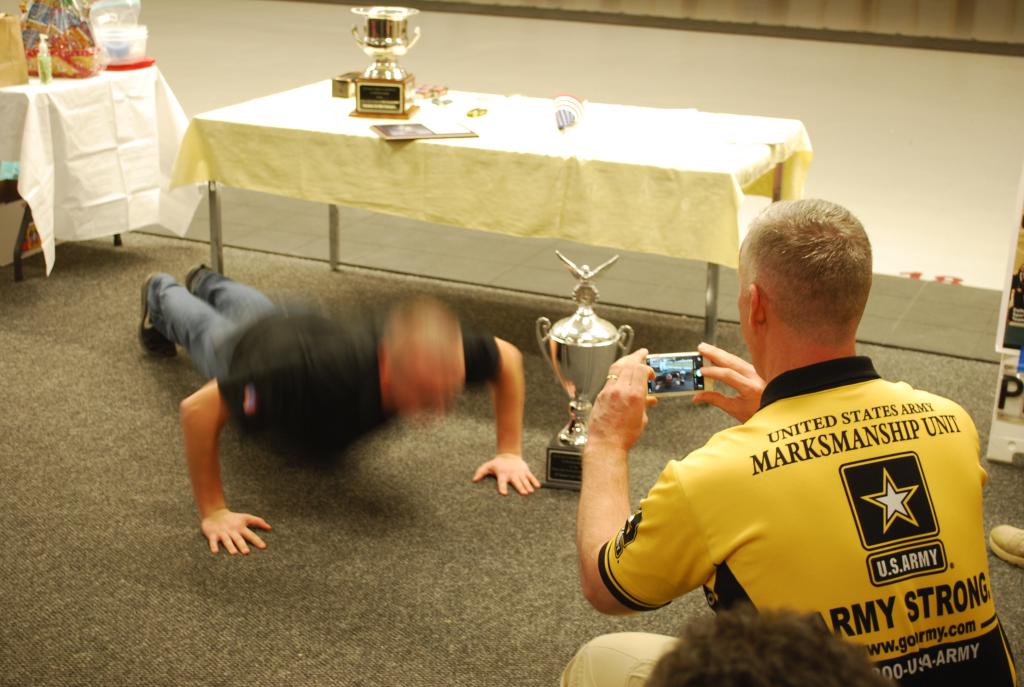 Programs such as this are what give juniors like Verne opportunities to see what careers or teams are available.  Many members have gone on from programs like Coach Trickett’s to become members of NCAA Rifle Teams with scholarships at West Point, Ole Miss, Ohio State, Nebraska, Tennessee and Alaska, just to note a few.

Each year Coach Trickett strives to make this match bigger and better for all that attend. This event would not function if it were not for the dedicated parents of the “Mass Rifle Team.” Without them, this program would not exist. A huge thank you goes out to them, along with the clubs, for their support. Special thanks to the AMU for its continued support of this event and junior marksmanship.