JERICHO, Vt. – Coming fresh off of an impressive showing at the National Matches at Camp Perry in July as the overall rifle aggregate competitor, James Fox, 34, of Albany, OR, continued showing off his marksmanship skills at the Civilian Marksmanship Program’s (CMP) New England Games event, fired Sept. 16-22, 2019, at the Camp Ethan Allen Training Site. 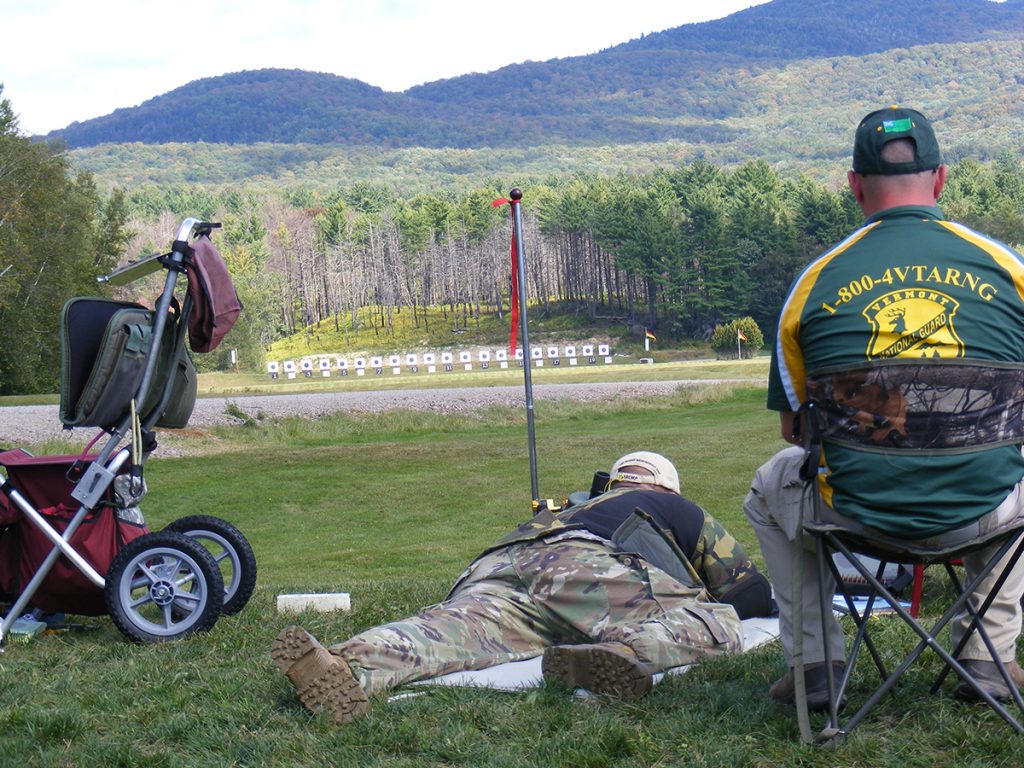 Many leading competitors at the 2019 New England Games set match records during their performances.

Once again, visitors to the New England Games were greeted by beautiful weather beneath the picturesque scenery of the Vermont countryside. Since the event began in 2016, the hundreds of competitors and guests who have come to the New England Games have immediately become part of an extended family – reuniting each time with old friends earned over the years and meeting new ones on the firing line. 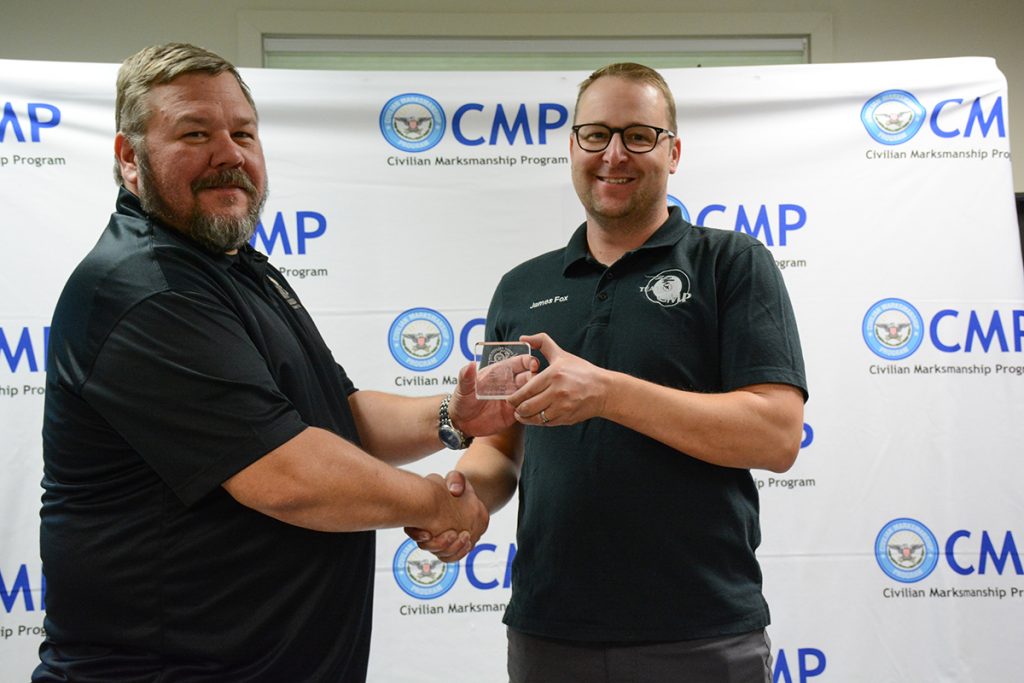 Fox arrived in Vermont to take part in the CMP Cup matches, which features two days of 800 Aggregate Competition, an overall 1600 Aggregate and an EIC Rifle event. He claimed the overall win in each one, even setting a new New England Games record in the EIC event and the 1600 Aggregate, with a score of 1587-75x. He beat out second place finisher Sara Rozanski, 41, of Team CMP, by only three points in the match as Rozanski earned the title of High Woman for her performances. 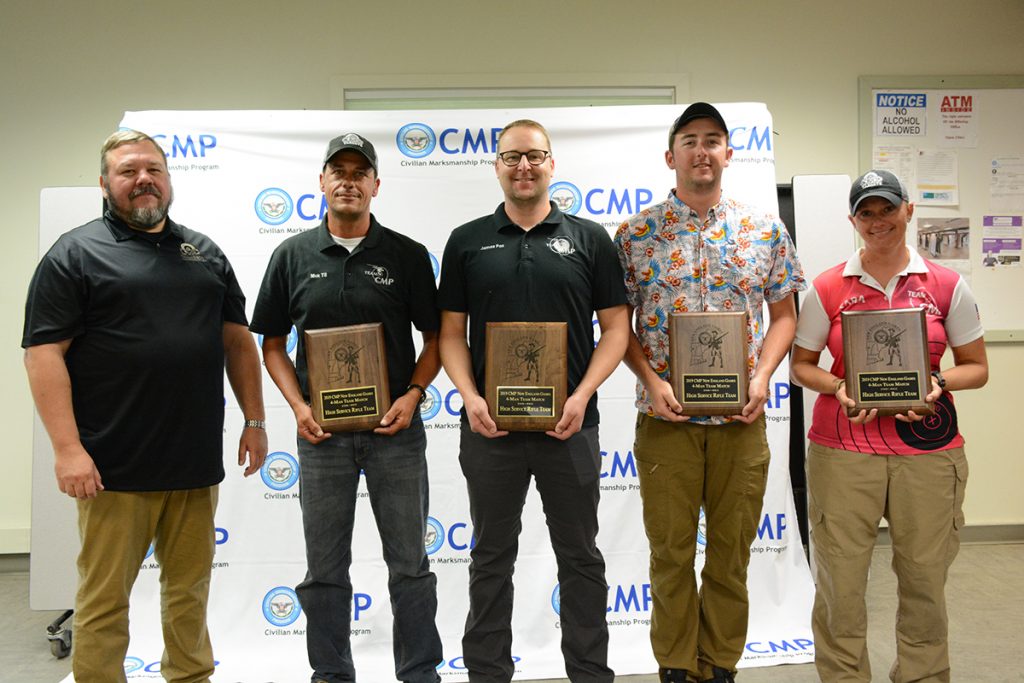 Fox, Rozanski, along with SGT Verne Conant of the AMU and Nick Till of Team CMP (who finished third and fourth in the Aggregate, respectively), all combined talents to overtake the 4-Man Team Cup event, with a New England Games Record score of 1979-90x.

In CMP Games Matches, last year’s Three and Four Gun Rifle Aggregate winner Brian Williams, 45, of Granby, MA, returned to claim his titles in 2019, with additional overall wins in the Garand (where he set a New England Games Record) and Modern Military (where he holds the current record) matches for the second consecutive year. The 2019 New England Games was Williams’s third consecutive win in the aggregate events, breaking his previous New England Games Records in the Three Gun with a score of 864-20x and the Four Gun Aggregate with a score of 1158-32x. 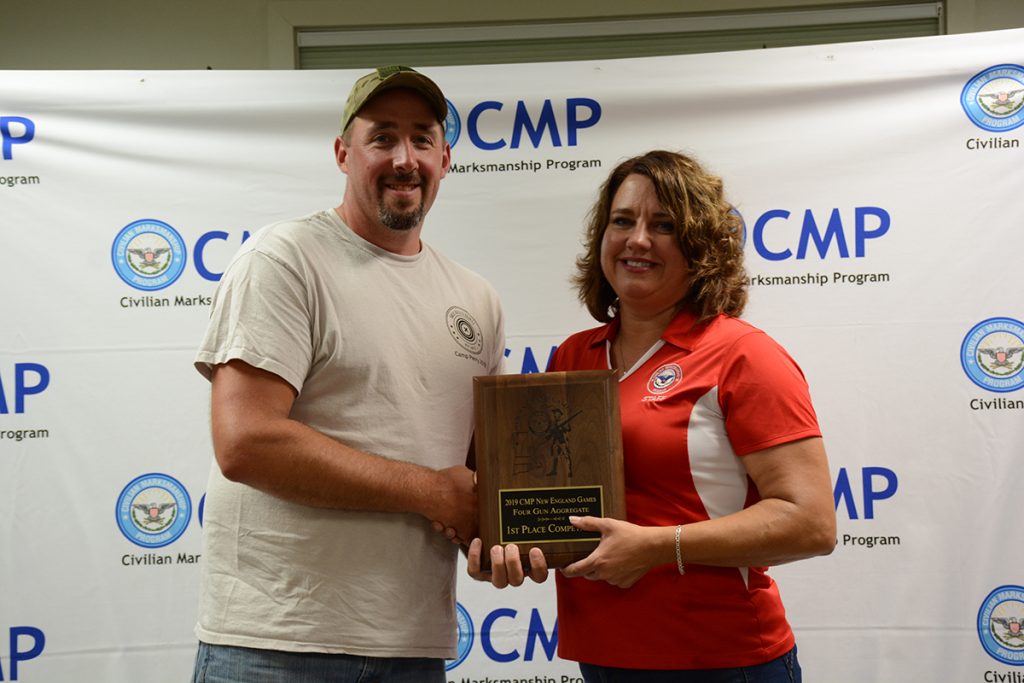 Brian Williams overtook the Three and Four Gun Aggregates for the third year.

Williams also earned the overall win in the Carbine Match, with a score of 374-6x – narrowly missing his previous New England Games Record score he set in 2016 by only one x-shot. 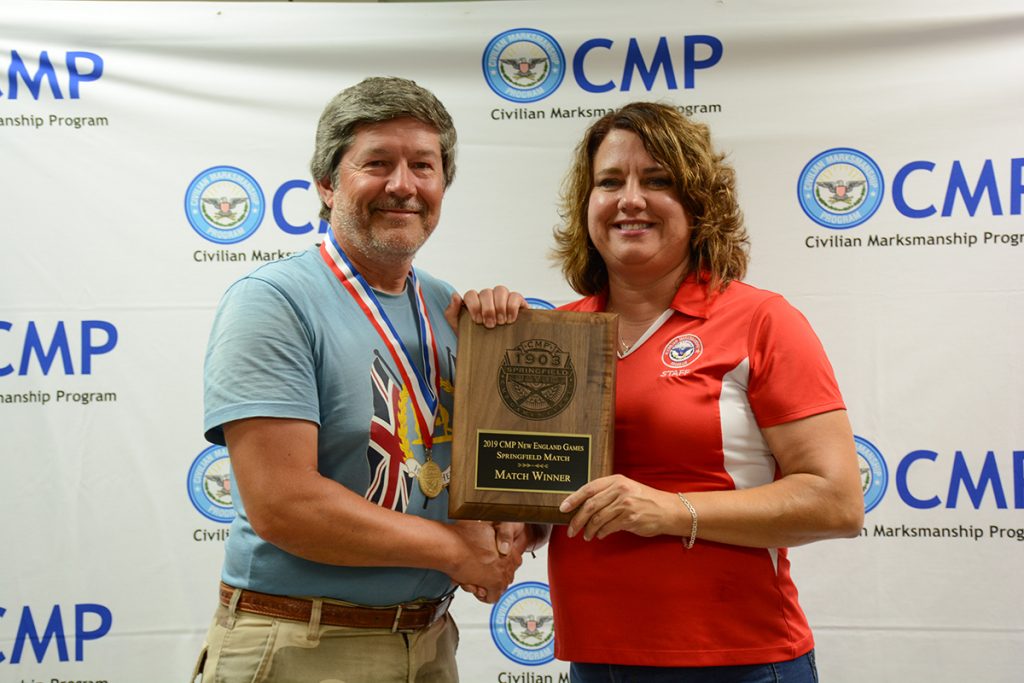 William Ellis was the overall winner of the Springfield Match.

Winning the Springfield Match Course was William Ellis, 54, of Langley, England, with a score of 288-7x – just one point above Williams. Shawn Handy, 40, of Williston, VT, claimed the win in the Vintage Military event with a score of 291-6x, overtaking William’s New England Games Record score by two points. 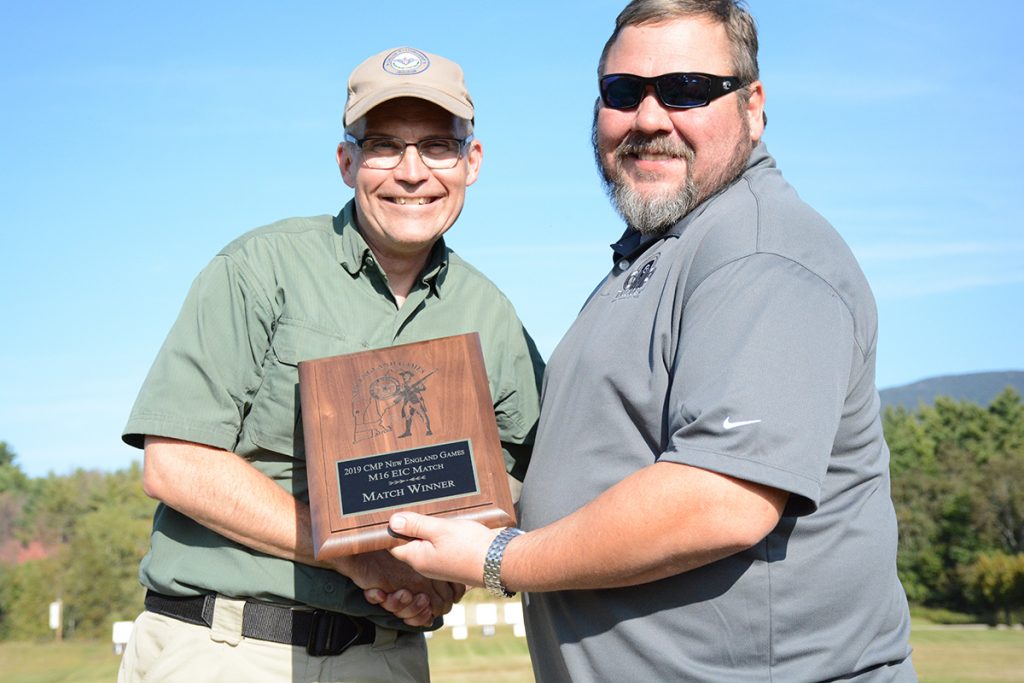 Jim Jenkins, 52, of Yardley, PA, fired a 382-10x in the M16 EIC Match that accompanies the Small Arms Firing School, setting a New England Games Record with his score. 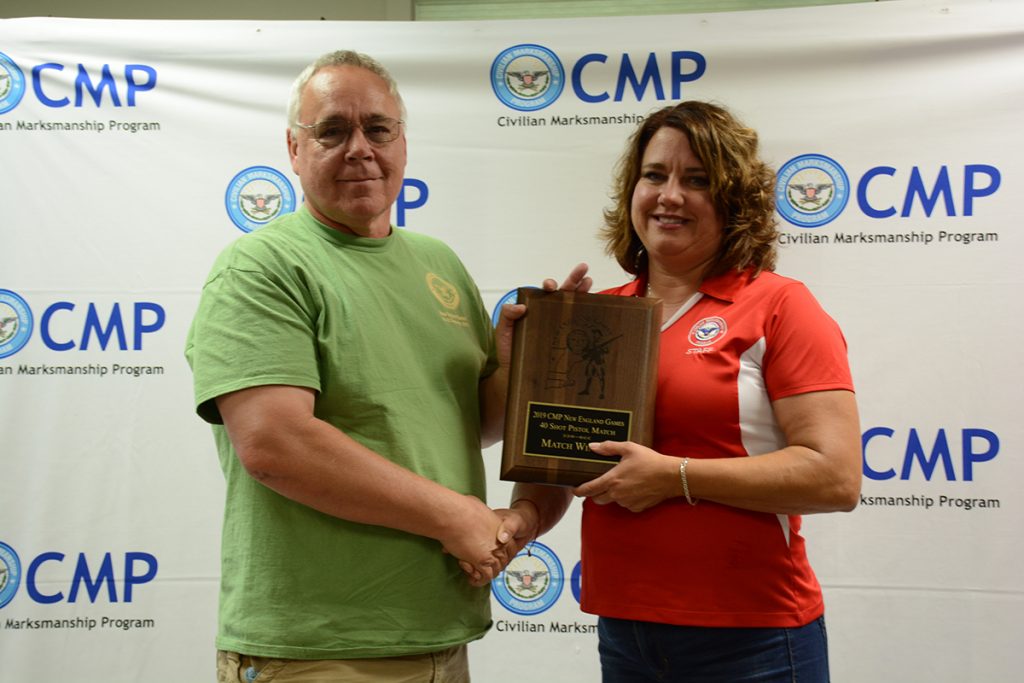 Outside of rifle, pistol events are also a part of the New England Games schedule. Winning the Service Pistol Aggregate and the Overall Individual Aggregate was William Tierney, 69, of Cornish, NH. Tierney also nabbed the overall wins in the 40 Shot Pistol (setting a New England Game Record score of 379-9x) and Pistol EIC events, while also securing the High Senior title in the As-Issued 1911 Pistol and Military & Police Service Pistol matches.

Surpassing Tierney by six points for the top score in the Military & Police Match was CPT Ian Swisher, 33,  of the Army National Guard. SSG Robert Tucker, 29, also of the National Guard, fired a score of 285-3x for the win in the CMP .22 Rimfire Pistol EIC event, as Guard member Lawrence Grace, 58, overtook the As-Issued 1911 event by only x-count above fellow Guardsman CW3 Cara Krauss, with a score of 369-8x. 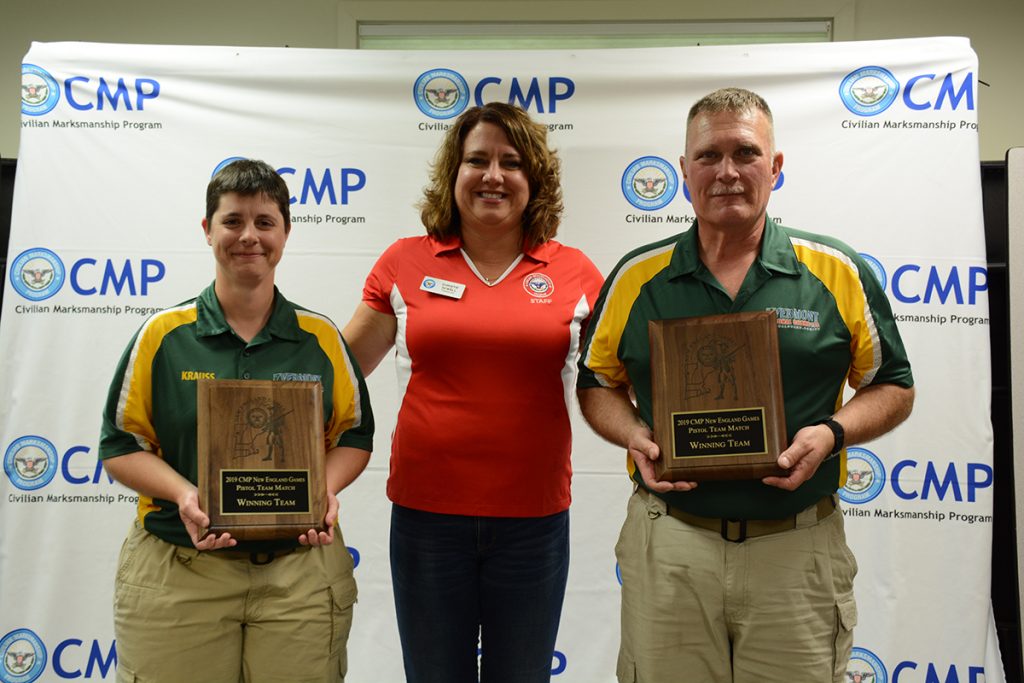 Krauss and Grace teamed up to secure the Pistol Team Match with a score of 521-10x.

For a complete list of results, visit the CMP Competition Tracker page at https://ct.thecmp.org/app/v1/index.php?do=match&task=edit&match=17761&tab=results.

About the New England CMP Games:

The New England Games event, held each year, is part of a series of Travel Games events put on by the CMP around the country. Also held in Oklahoma, North Carolina and Arizona, the Games events feature both vintage and modern rifle and pistol matches – designed as a recreational competition for both adults,  juniors and all experience levels.