Why do my rifle’s Gas Cylinder and Front Hand Guard feel loose?
Are they supposed to be this way?

When the M1 Garand rifle was manufactured 50+ years ago, both the gas cylinder and the front hand guard were commonly assembled in such a way that they felt “loose”. The soldiers who would be using and cleaning these rifles needed to be able to disassemble them with only the tools that they carried with them. When the designers balanced the necessary clearance with the need to maintain the rifle’s accuracy, the result was the movement or looseness of these parts commonly found today. Any wear on these parts that occurs through use only adds to the clearance and felt movement of these parts. 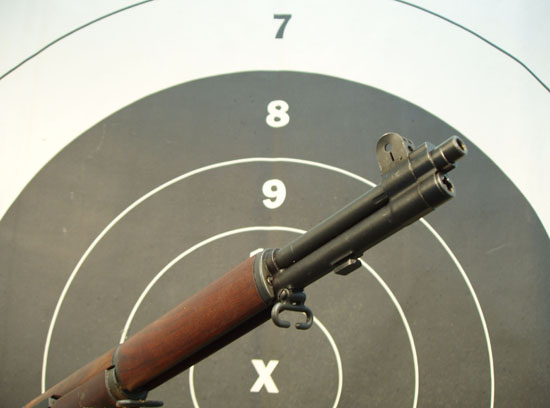 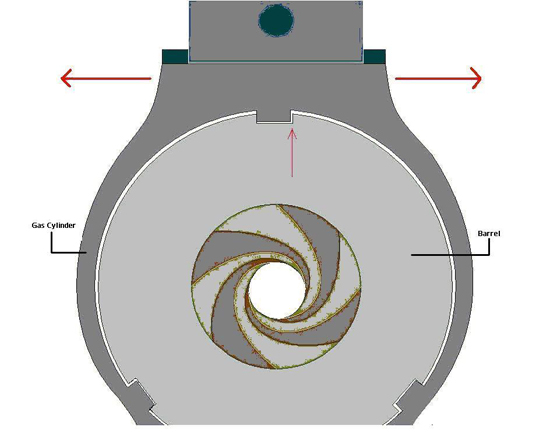 How To Properly “Peen” A Barrel:

The purpose of ãpeeningä a barrel is to create a gas cylinder/barrel fit so tight that it prevents any movement between the two parts. Peening will displace metal on both sides of each of the spline cuts and cause the metal to roll inward and pinch the gas cylinders splines as it is driven into place. If peening is done properly it will remove all play or looseness in the gas cylinder but not deform the body of the barrel at all. Once the barrel has been properly peened, a soft faced mallet will be required to install and remove the gas cylinder due to the tight fit. It is important to work slowly and peen evenly especially your first time; you can always increase the degree of peening by repeating the process, but once you have peened too deeply and rolled over too much metal, it is very difficult to correct.

There are many ways to peen a barrel and none of them are wrong as long as they accomplish the goal and have no negative side effects. If another process works better for you, thatâs great. This article is for beginners and the method I will describe provides good control for the first time you do this. 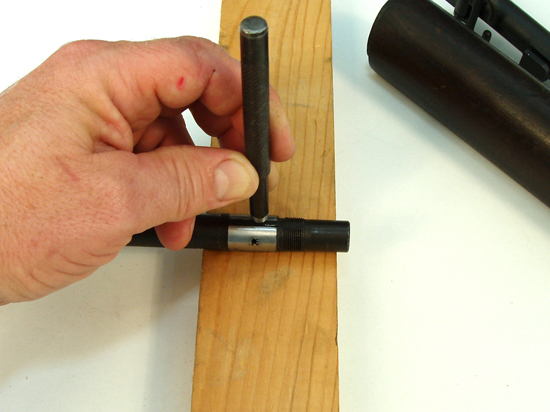 The picture above shows where to begin the peening. The gas cylinder will be easier to install if you leave the front 1/8 inch or so un-peened. Start the peening as shown and work your way back, evenly on both sides of the three spline cuts. Using a ¹ inch punch as shown with a clean, flat face will enable you to feel when the punch is squarely in contact with the edge of the spline cut. Start with light strikes and finish all three spline cuts. Initially you should not even be able to see the small amount of metal you are rolling over. Following each complete peening you should install the gas cylinder and check the fit, you will know you are done when it takes several firm strikes to move the gas cylinder into position. I suggest striking the gas cylinder as shown in figure 6, it may seem to be easier to strike the front sight, but to prevent any possibility of damaging the front sight I recommend against it. If you don’t have a soft tip mallet you can use a block of wood and a regular hammer. 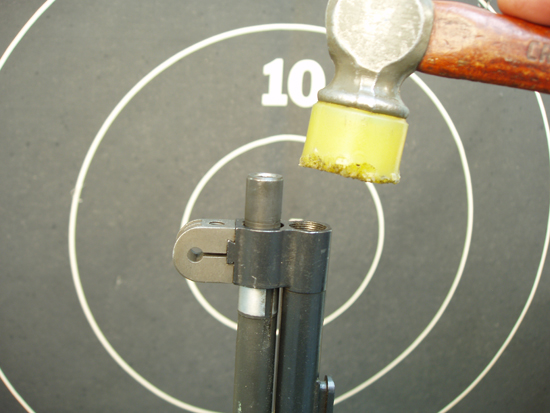 Once you have the tight fit you want, you will not want to remove the gas cylinder any more than absolutely necessary as it will loosen a little more each time you take it off and reinstall it.

When you sight in your rifle following this process, you may notice that you may need to adjust your sights slightly to get a proper zero, and your groups will hopefully be smaller and more consistent, when you do your part.

The front hand guard is commonly found to be one of the few parts that tend to rattle on an M1 when it is shaken. Many of us generally believe that when a part rattles on a rifle, car or anything else we own, it’s a sign of poor fit or bad design, the M1 is an exception to that rule. 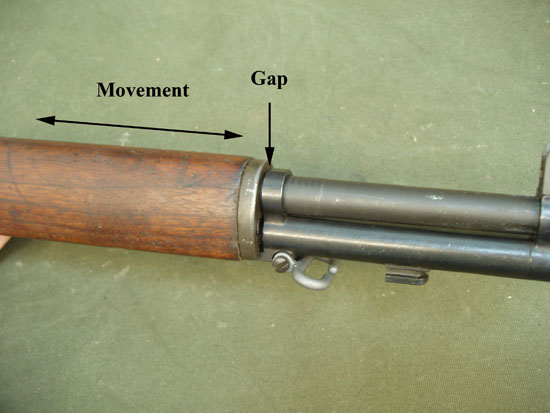 The intentional clearance and movement felt in the front hand guard is there to help maintain a consistent point of impact on the target through the temperature changes that come with firing the rifle. If the front hand guard on a particular rifle is set up with zero clearance (no front to back movement), as that rifle is fired, the barrel temperature will increase significantly and the barrel steel will expand. When the barrel expands, the change in pressure squeezing the hand guard between the lower band and the gas cylinder may change the bullets point of impact.

When accurizing an M1 for use in a JCG match, it is common practice to reduce the clearance but maintain just a little. National Match modifications done by the Army in the 50s and 60s usually included gluing the front hand guard into the lower band, this prevented any front to rear movement but also allowed a gap to be maintained between the gas cylinder and the front hand guard. This was a good and helpful accuracy modification but it is not legal for JCG matches. 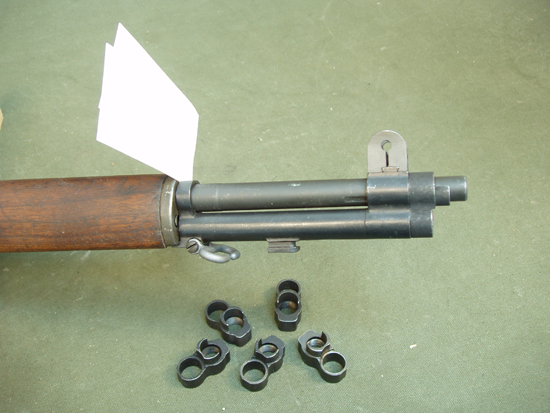 When you find the right lock that seats on the barrels shoulder around 6:00 o’clock And you have just a little clearance as demonstrated by the two business cards, you have it right.

If you have the opportunity to pick up a few extra gas cylinder locks it will be helpful. The locks are not all made the same, they time differently which can help you achieve the ideal fit. I like a lock that seats at around 6:00 o’clock and leaves you with a small gap and slight front to back hand guard movement.

You may find that no matter what you do, you cannot achieve the desired fit due to tolerance differences and a certain combination of parts. When this is the case you are left with the options of making adjustments that are beyond the scope of this article or changing some of the parts until you find a combination that produce the desired results.