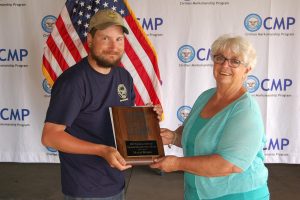 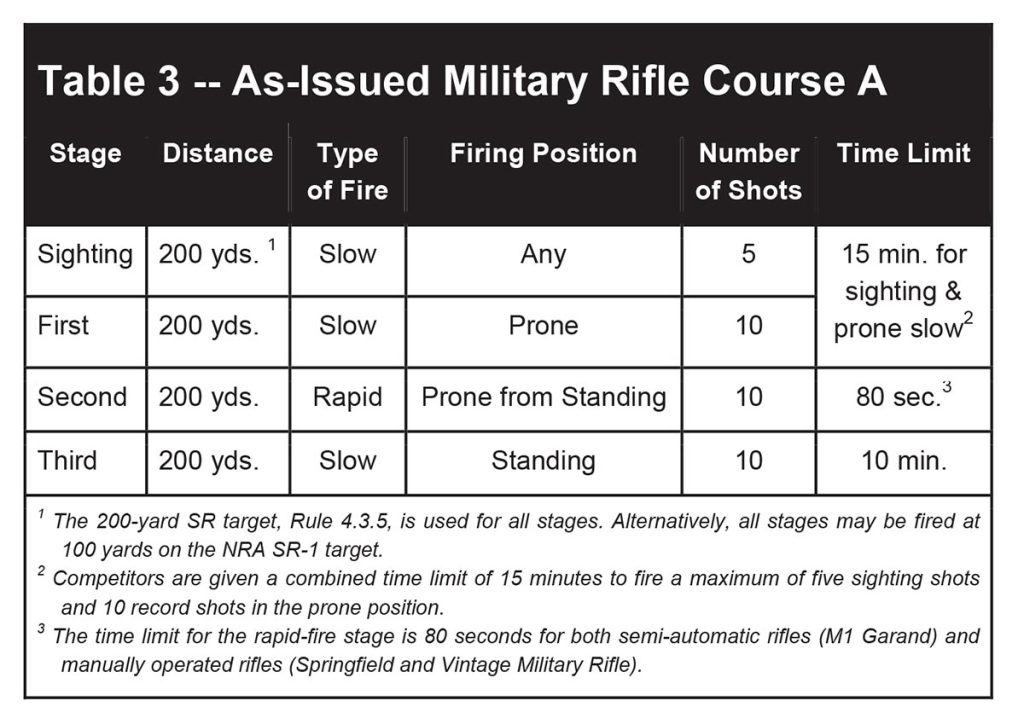 RIFLES: Rifles used in the Vintage Military Rifle Match must be “as-issued” U. S. Krag or M1917 rifles that comply with Competition Rules for CMP Games Rifle and Pistol Matches.

AMMUNITION: Competitors in this match must bring their own ammunition that complies with Rule 4.3.3. Hand loads may be fired. NO AMMO WILL BE ISSUED.

OTHER RULES: Rules governing the Springfield/Vintage Military Rifle Match are found in the Competition Rules for CMP Games Rifle and Pistol Matches (see especially Rule 4.6.4). Competitors who wish to compete for overall awards must follow Rule 3.7.9 (standing prior to rapid fire stages). The Vintage Rifle Match is a no alibi match; there are no re-fires for rifle or ammunition malfunctions. It is important that rifles and especially rifle chambers are clean and in good working condition so as to minimize the possibility of malfunctions or difficult cartridge extractions (often caused by rough or dirty chambers). Competitors may use spotting scopes for shooting or scoring. Scopes do not need to be turned away from the target during the rapid-fire stage. Cloth, canvas or leather shooting jackets may be used. Standard-issue web or leather slings or slings of this same type are permitted. Shooting gloves or mitts and ground cloths or shooting mats may be used.

ENTRY FEES VINTAGE MILITARY MATCH: $45.00 for adults, $25.00 for juniors (This does not include ammunition).