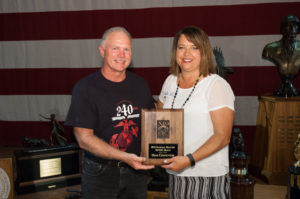 GENERAL INFORMATION: The M9 Pistol EIC Match is conducted in conjunction with the Pistol Small Arms Firing School. This match is designed to introduce shooters to service pistol shooting with the current M9 service pistol and encourages them to start working towards earning the prestigious Distinguished Pistol Shot Badge.

COURSE OF FIRE: The M9 Pistol EIC Course of Fire will be used. All firing is done at 25-yards on the NRA B-8 target. Either a one-handed or a two-handed stance may be used. Competitors begin with 5 sighting shots. Record firing starts with 10 shots slow-fire in five minutes. This is followed by two 5-shot timed-fire series in 20 seconds and two 5-shot rapid-fire series in 10 seconds each. 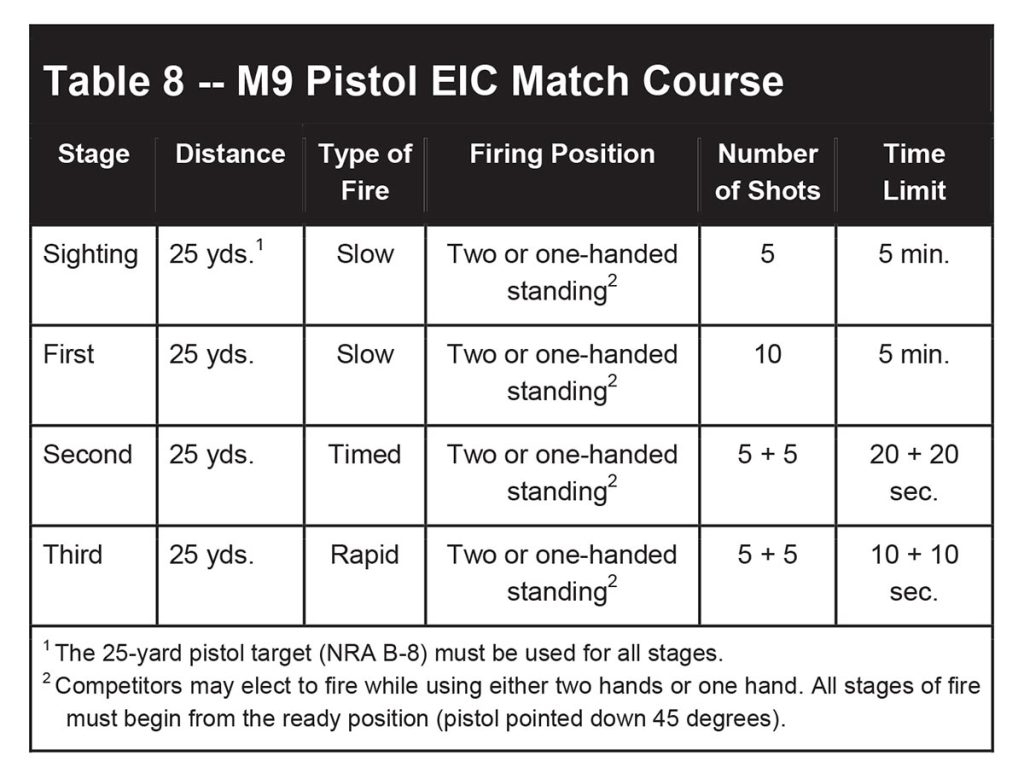 ELIGIBILITY: Any student in the Pistol Small Arms Firing School is eligible to fire in the M9 Pistol EIC Match. SAFS students who are Distinguished or who have previously earned pistol EIC points may fire in the match, but they are counted as “out-of-competition” and are not eligible to earn EIC points.

Military competitors should check with their branch of service, prior to registration, for eligibility.

SQUADDING: Competitors will be squadded by USAMU instructors when they report to the range.

PISTOLS: The M9 EIC Match is fired with rack-grade U. S. Military M9 pistols. Competitors must fire the pistol issued to them or use their personal pistol.

AMMUNITION: The CMP will issue military surplus 9mm M882 ammunition. All competitors must fire this ammunition if using a CMP issued pistol.

PERSONAL PISTOLS AND AMMUNITION: Personal pistols and ammunition may be used in the class (students will not be eligible for EIC points). Those competitors who use their own firearm in the Pistol SAFS will need to get their pistol inspected for safety. They will need to check their firearm prior to the SAFS class at the CMP armorer’s truck.

OTHER RULES: Specific rules governing the conduct of the M9 EIC Match are found in the Competition Rules for CMP Games Rifle and Pistol Matches (see especially Rule 7.6.1).

ENTRY FEES: $50.00 for adults, $35.00 for juniors. This entry fee covers both the Pistol Small Arms Firing School and the M9 EIC Match.