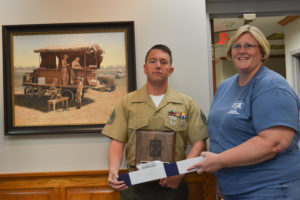 GENERAL INFORMATION: The M16 Rifle EIC Match is conducted in conjunction with the Rifle Small Arms Firing School. This match is designed to introduce competitors to service rifle shooting and the quest for the prestigious Distinguished Rifleman Badge. 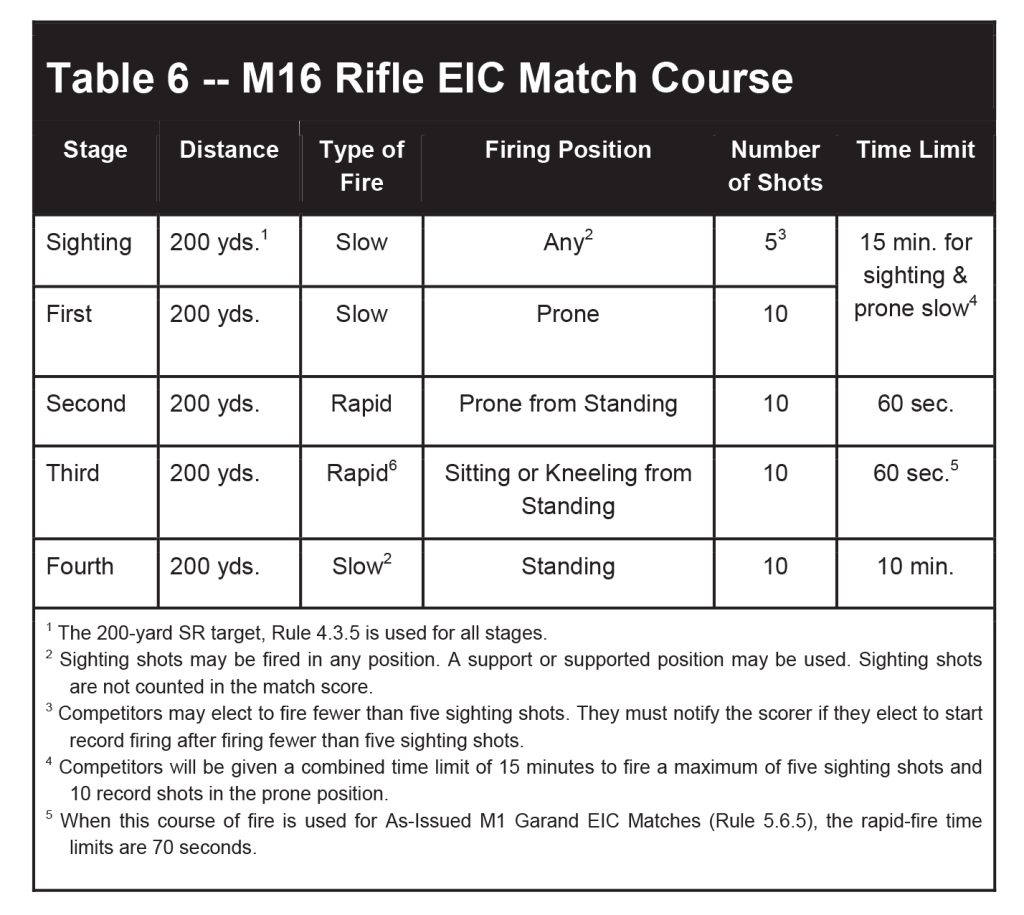 ELIGIBILITY: Any student in Rifle Small Arms Firing school is eligible to fire in the M16 EIC Rifle Match. SAFS students who are Distinguished or who have previously earned EIC points may fire in the match, but are counted as “out-of-competition” and are not eligible to earn EIC points.

Military competitors should check with their branch of service, prior to registration, for eligibility.

SQUADDING: The M16 EIC Match will be fired on Viale Range. A maximum of 140 firing points and five relays will be used. Range capacity for the Rifle Small Arms Firing School and M16 EIC Match is 700 competitors. Competitors will be squadded by USAMU instructors or at the range.

RIFLES: The M16 EIC Match is fired with issued rack-grade U. S. Military M16 5.56 service rifle or commercial rifles of the same type and caliber rifles. Competitors must fire the rifle issued to them or use their personal rifle. Issued rifles are equipped with magazines and a military web sling. The issued magazines and sling must be used.

AMMUNITION: The CMP will issue 5.56 mm NATO, M855 Ball ammo. All competitors must fire this ammunition if using a CMP issued rifle.

PERSONAL RIFLES AND AMMUNITION: Personal rifles and ammunition may be used in the class (students will not be eligible for EIC points). Those competitors who use their own firearm in the Rifle SAFS will need to get their rifle inspected for safety. They will need to check their firearm prior to the SAFS class at the CMP armorer’s truck.

OTHER RULES: Specific rules governing the conduct of the M16 EIC Match are found in the Competition Rules for CMP Games Rifle and Pistol Matches.