CAMP PERRY, Ohio – Fresh faces, returning supporters and new National records all made appearances on the firing line during the Civilian Marksmanship Program’s (CMP) National Rimfire Sporter match, fired on Sunday, July 21, 2019. Over 350 entries spread over the range throughout the day, with individuals from as far as Ireland competing in one of the most diverse events fired during the National Matches season.

The Rimfire Sporter event is designed to be an introduction to competition shooting – gathering both adults and juniors on the firing line with .22 rifles and a simple Course of Fire from 50 and 25 yards. Three separate classes of rifle are held during the event, including the O-Class (open-sighted rifles), T-Class (telescopic rifles) and TU-Class (tactical and unlimited rifles, any sights). 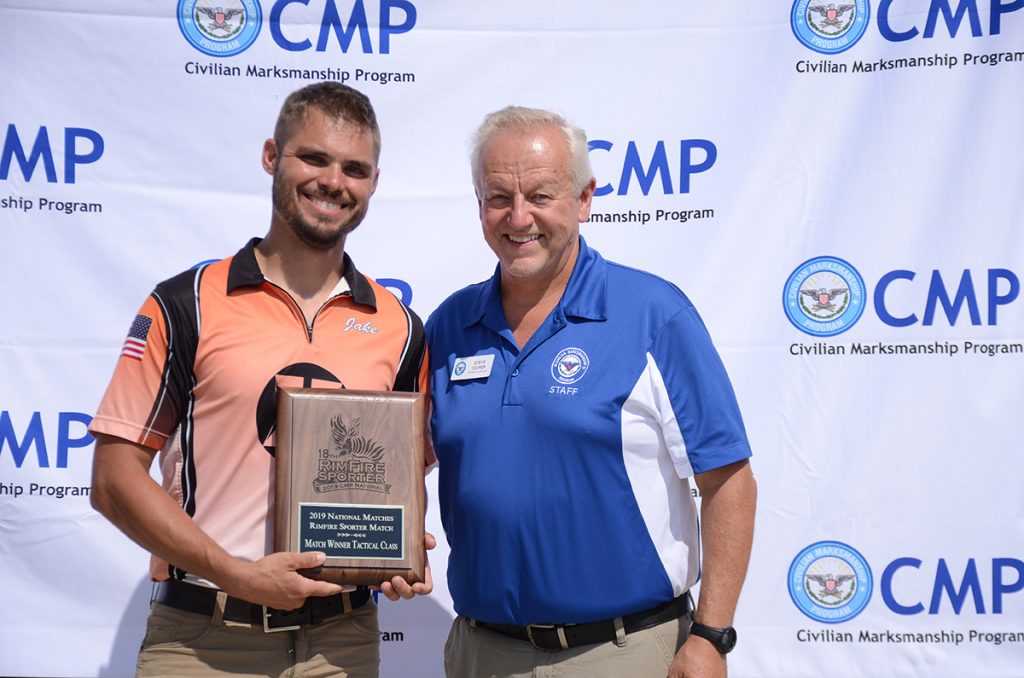 Jake Perry, 34, of Genoa, OH, led the TU-Class with a score of 592-27x. Scott Schindehette, 74, of Saginaw, MI, attained the High Senior title, as Davis Sodders, 20, of Baltimore, OH, was named High Junior for the second consecutive year. 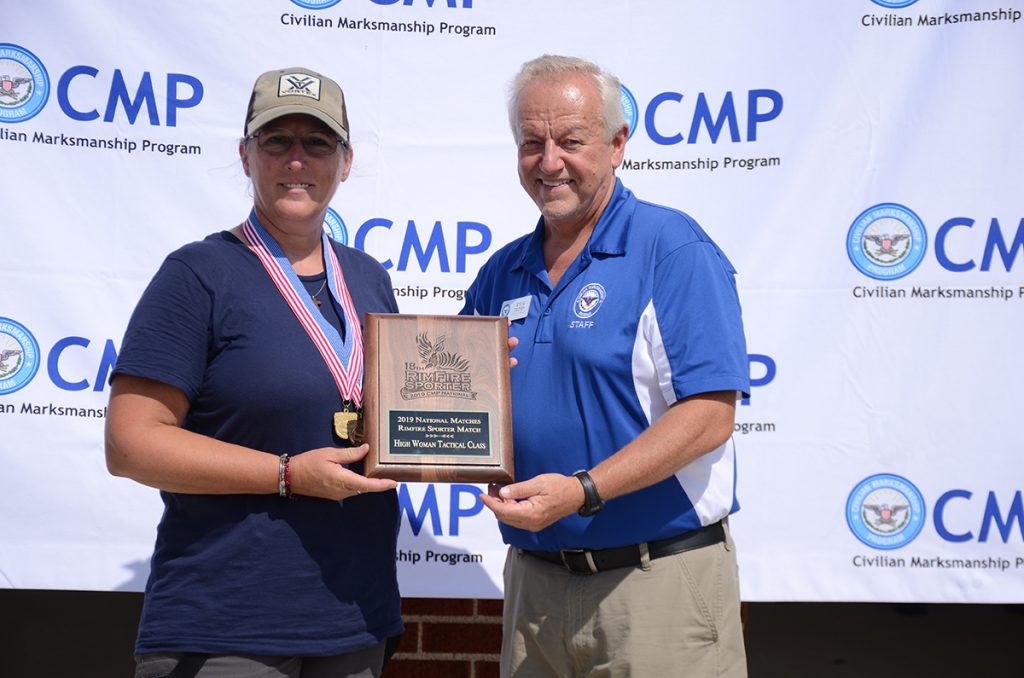 Jean Redicker set a new High Woman National Record in the Tactical Class, with a score of 588-27x.

Jean Redicker, 55, of Vallonia, IN, earned High Woman, fourth overall and also secured a new National Record score of 588-27x in the TU-Class. Schindehette entered the record books for himself by narrowly breaking a decade-old T-Class High Senior record score of 589-21x, set back in 2009, with his score of 289-26x. 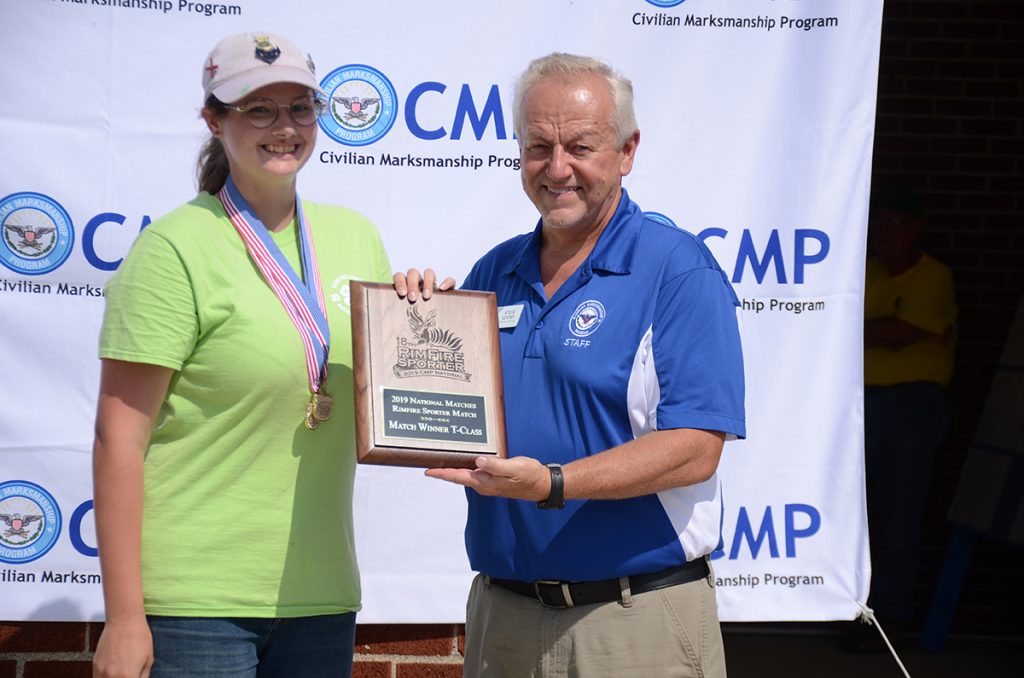 Marissa Bensch was the overall winner of the T-Class and was also High Woman of the O-Class.

Overtaking the T-Class was junior Marissa Bensch, 19, of Stillwater, OK, who came out on top of over 200 other entrants with an aggregate score of 595-39x. 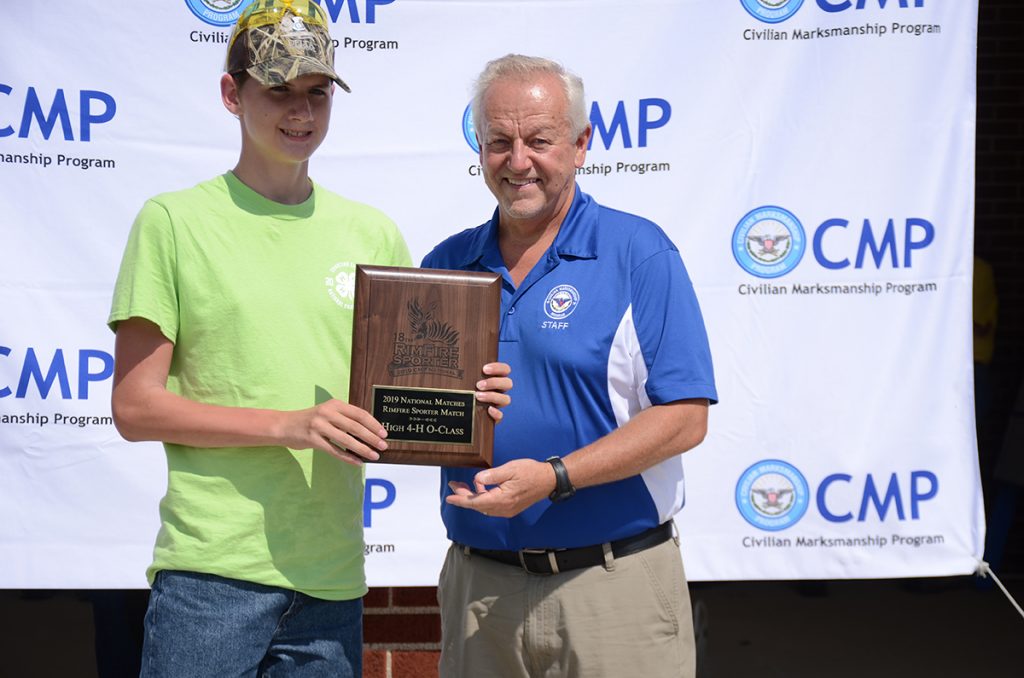 Brayden Bensch was the High 4-H Junior in the O-Class.

Regulars to the National Matches, Brayden and Marissa both said the conditions during the match were fair, with typical summer temps for the area warming up competitors as the day went on. The heat brought more challenges for participants, but the brother-sister duo relied on their experiences to help them through the match.

“The second relay was tough because when the heat hit, you started to get the mirage,” said Brayden.

Marissa added, “But it was still pretty cool, a lot cooler than Oklahoma.”

“Basically everything that we can,” Marissa said, with a smile. 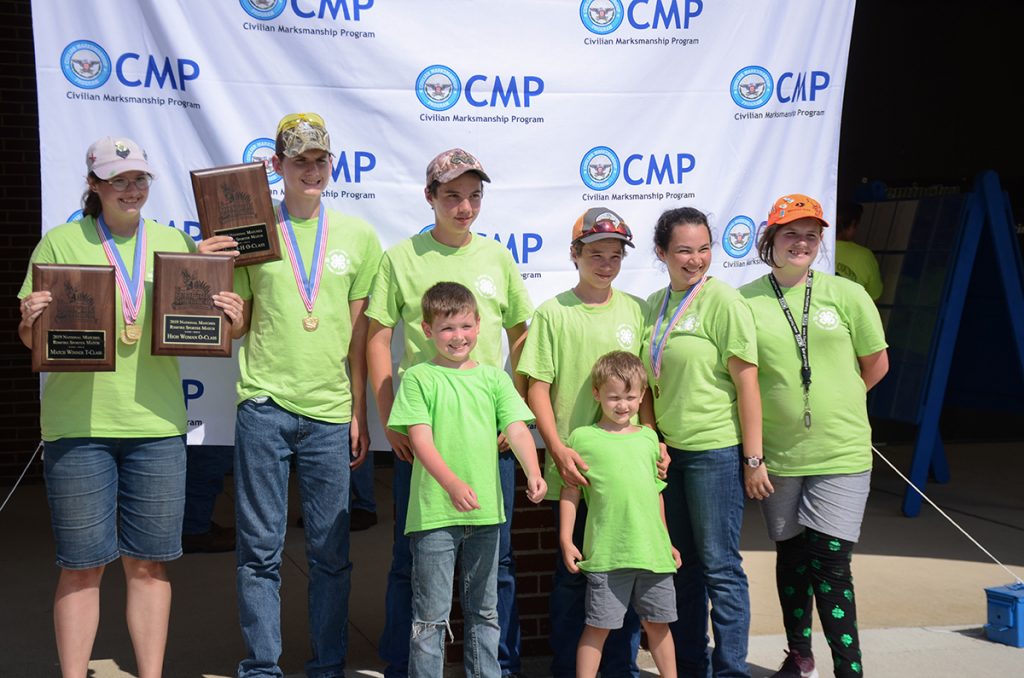 The 2019 National Matches was Marissa’s fourth and Brayden’s third, with many returnees from their 4-H Club and even some new faces brought into the tradition. The juniors credit their skills, both on and off the firing line, to the knowledge they’ve received from being a part of a 4-H organization.

The Bensch family got involved in 4-H after participating in YHEC – a Youth Hunter Education Challenge for juniors ages 9 to 19. The training they received there got them hooked on the sport and led them to discovering even more about the fundamentals of competition shooting.

“After we learned about it, we tried our best to shoot as good as we could,” said Brayden. “Then we found goals and got good coaches, good friends taught us a couple things and we just kept shooting to the best of our abilities, which we took on pretty well.”

Marissa went on, “Really, 4-H has become our second family. Everyone’s got good spirits about everything – well-trained sportsmen. It’s a great program, especially for younger youth starting out, even if it’s not in shooting sports.”

“It teaches a lot of leadership skills and just life skills starting out and continuing to go on as young adults,” she said.

“You can also get to know pretty much anyone from around the state or around the country,” Brayden added. “It’s really good people, good friends.” 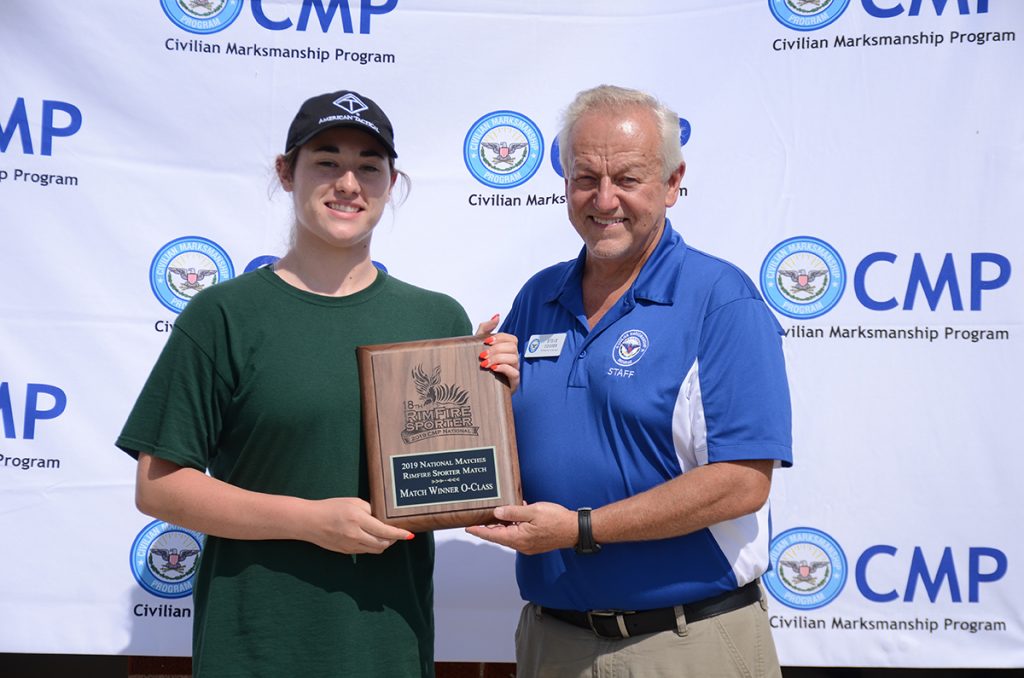 Junior Brenna Steger led the O-Class and was High Woman of the T-Class.

Steger went on to earn the overall win in the O-Class with a score of 590-24x. Shannon Heist, 20, of Heath, OH, was named High Junior, and Timothy Ovaert, 60, of Notre Dame, IN, finished third overall with a score of 572-15x – claiming the High Senior title. 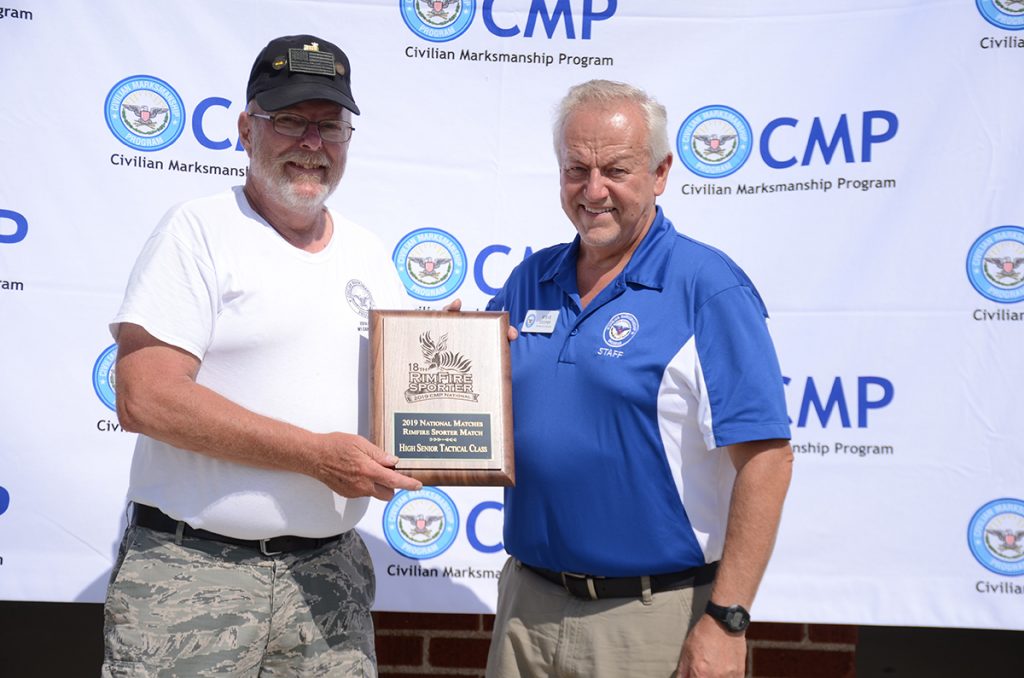 Scott Schindehette set a new senior National Record in the T-Class and was also High Senior of the Tactical Class.

For a complete list of results, visit the National Rimfire Sporter page on CMP’s Competition Tracker at https://ct.thecmp.org/app/v1/index.php?do=match&task=edit&match=18059&tab=results.

Photos of the rimfire match can be found on CMP’s Zenfolio page at https://cmp1.zenfolio.com/f735407080.