Rifle, pistol, shotgun – some themes are universal. What most appeals to Anthony Wilder of Pelkie, Mich., about bullseye pistol shooting is “the challenge, definitely the challenge of it…beating my scores that I have shot in the years past, every year always beating myself.” 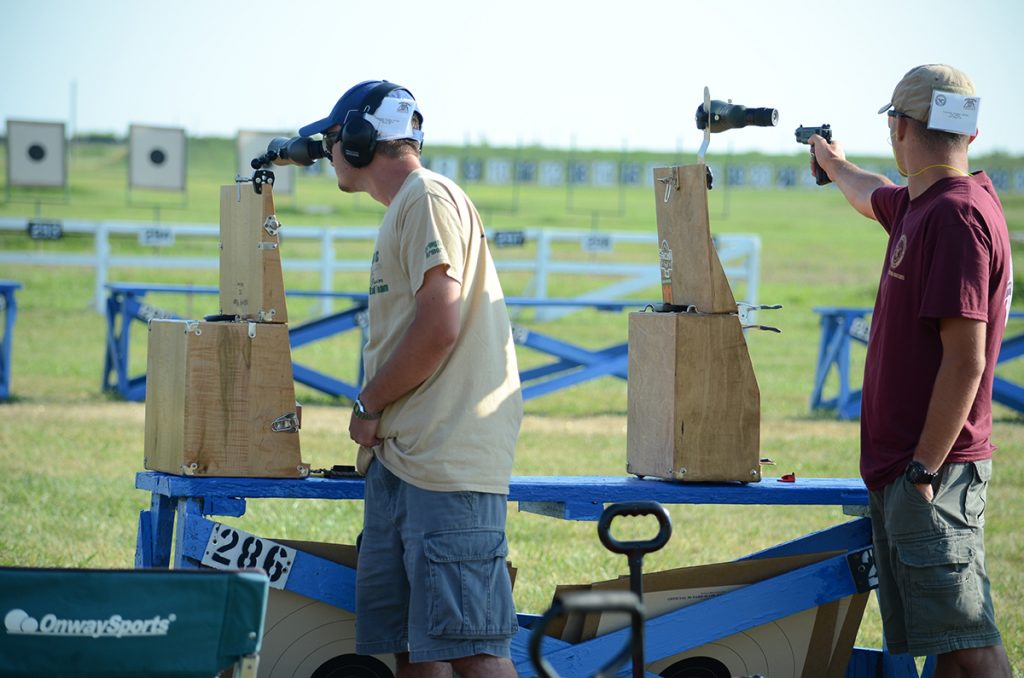 Wilder was not the first in his family to discover shooting. Anthony developed an interest in the shooting sports after his brother, Matthew, attended the Youth Shooting Sports Camp put on by the Ottawa Sportsmen’s Club in Pelkie. Anthony eagerly listened to his brother’s daily accounts of what he did in camp. The mentioning of a pistol team really stuck with Anthony, who was too young at the time to take part in the camp.

Fast forward, and Anthony is a dedicated member of a junior bullseye pistol team. The team makes a yearly pilgrimage from Michigan to Ohio to shoot in the Canton-McKinley CMP EIC Pistol Match and to attend the National Matches at Camp Perry. 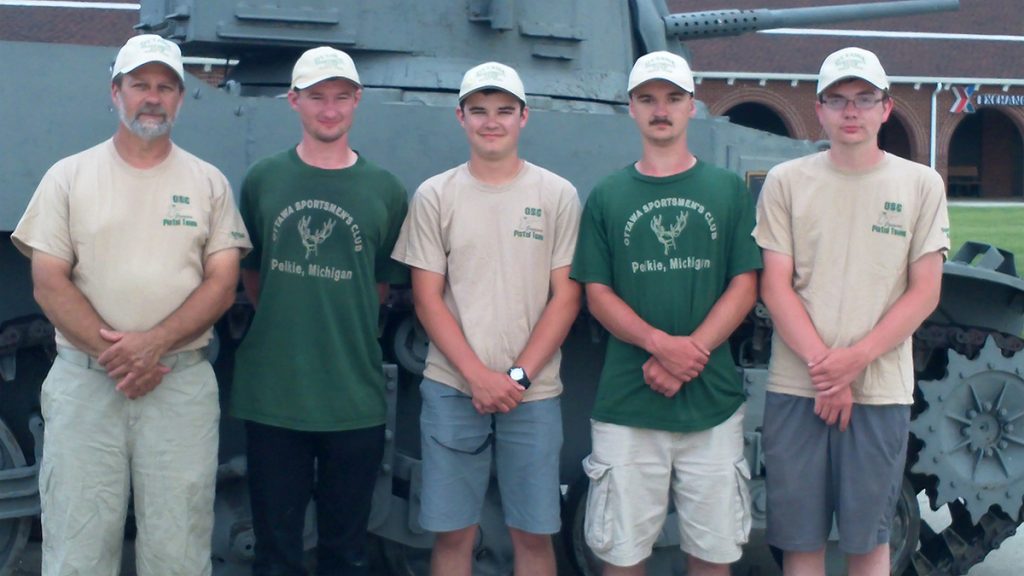 While there are many competitors who travel far distances for matches, Anthony describes a devotion-inspired change to the travel schedule the team made several years ago.

“I live about 700 miles away…I live in the Upper Peninsula of Michigan: that upper half, way on the Western side. So, me and my team travel down, we used to do it a day in advance, but now we’ve been able to wake up at three in the morning and go and make it there in one day. It’s usually around first of July, right before the National Matches at Camp Perry. Usually, a lot of us bullseye pistol shooters will go to Canton and compete, then immediately head over to Camp Perry.”

The Canton-McKinley match is especially important to Wilder as it was there in 2018 he earned a bronze pin that he considers his greatest shooting accomplishment. “Last year I won a bronze at the Canton-McKinley EIC CMP Pistol Match, .22 pistol match, and I wear that on my hat every time I go to a match or an event for the pistol team. I always wear it.” 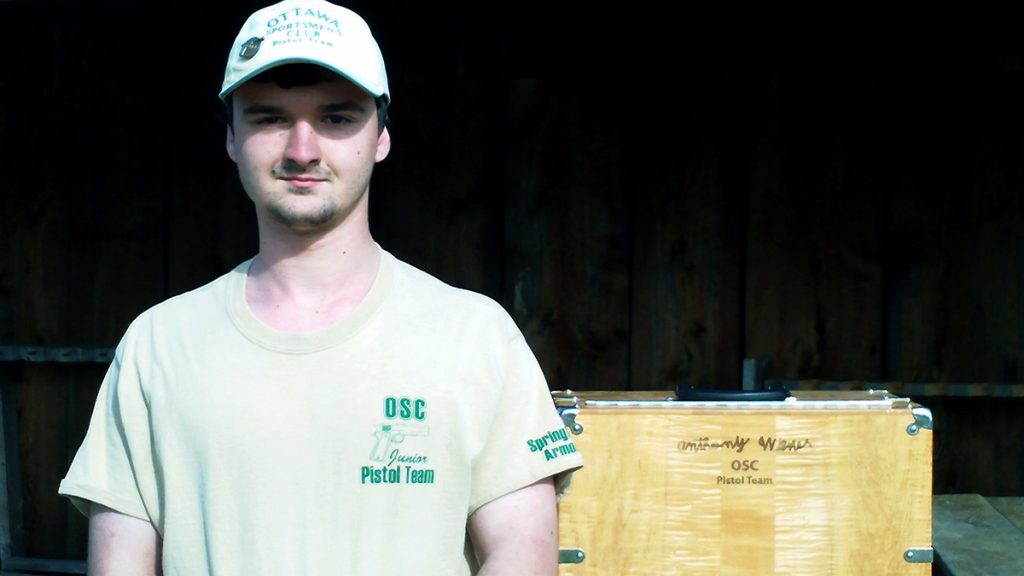 While he always wears the pin, Wilder does not always shoot the same pistol. When competing in junior events and the National CMP .22 Rimfire Pistol EIC match, he uses a Ruger Mark III .22/45. For service pistol events, he competes with a Springfield Armory Range Officer chambered in .45 ACP.

Even though EIC matches, or Excellence-in-Competition matches, are common events for his team, Anthony’s sights are not currently set on the Distinguished Badge, but rather on improving for himself and doing the best that he can.

“Right now, I’m not looking for EIC points but probably in the future I might, towards my last few years of a junior I probably will,” he said.

Headed into his senior year of high school, Anthony Wilder is certain that bullseye pistol shooting will always be a part of his life.

“I will definitely stick around, even after I age out on the junior team, I will stick around to help my coach with training new shooters and stuff like that. I’m setting my goal that by my last year as a junior to at least come second place in the CMP Junior President’s 100, that would probably be the match I really want to win, or at least come close to winning.”

Besides the prestige of the match, Camp Perry is a special place. Wilder attributes this to his fellow competitors and teammates.

“I would say it’s the people that I shoot alongside with. To me, they are some of the nicest people I have ever met and probably ever will meet.”

Anthony describes the pistol team dynamic as “different” than those of traditional athletic teams. Wilder admires the practicality of marksmanship and the fact that members of the armed forces put the very techniques he is learning into practice. Wilder places a great emphasis on consistency as what he has learned about it on the range has carried into his everyday life.

He offers the following to new shooters, saying, “When you take a bad shot, don’t worry about it, forget that shot and focus on the next one.” For Wilder, competitive shooting is more about personal growth and achievement than about titles and winning.

So, what is Anthony Wilder looking for? He is considering joining the Marine Corps but for now is just hoping to shoot better each day than he did the time before. He also builds on the friendships he makes on the range, sharing a passion for metal detecting with his coach, Bob Gardner.

Despite what one might say is an irresistible temptation, the metal detector stays at home on range days.

“I can usually spot [spent brass] on the ground, otherwise the machine would just go nuts,” he added.

Join Anthony on the Firing Line at Camp Perry this year! For National Match information, schedule and registration, visit http://thecmp.org/competitions/cmp-national-matches/.