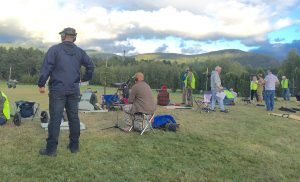 All Competitors firing on the High Power range will be firing on Kongsberg Electronic Targets (KTS). The KTS system registers each shot and relays the location and score value to a monitor beside each shooter on the firing line.

There will also be a GSM New Shooter Clinic and an M1 Maintenance Clinic held during the New England CMP Cup & CMP Games Matches.  CMP Sales will be at the event with a limited supply of rifles.  They will also have ammunition and CMP memorabilia available for purchase.

While CMP policy prohibits endorsement of any company product or service, we would like to recognize the following companies that will award their own separate products to the top shooters of the CMP New England Games.