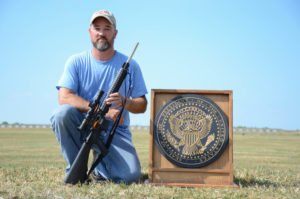 In 2007 a shoot-off or final stage was added to conclude the President’s Rifle Match. This assures that the shooters who are in contention for first place in this prestigious match all finish the match together on the same range at the same time in front of their fellow competitors. Through the President’s Rifle final, many more people have a chance to actually see the best Service Rifle shooters compete for the coveted President’s Rifle Trophy in a high-pressure shoot-off.

COURSE OF FIRE: The President’s Rifle Match Course of Fire will be used. Scores in stages 1-3 determine the President’s 100 and the final rankings of competitors in 21st place and below. Scores in stages 1-4 determine the match winner and the final rankings in places 1-20. The highest score in stage 4 will be used to break ties for places 2-20.   If there is a tie for first place (equal total and X-count), the tied shooters will continue to fire one-shot-at-a-time until the tie is broken. No sighters are permitted in National Trophy Rifle Matches. Firing is done on the SR target at 200 and 300 yards and the MR target at 600 yards. 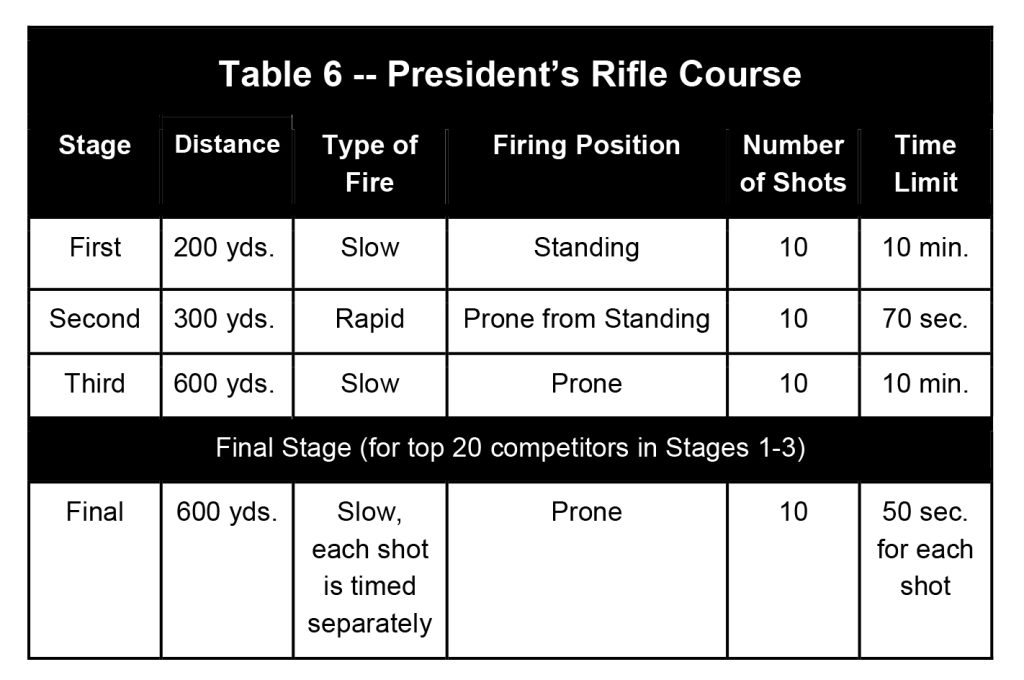 SQUADDING: Both Rodriguez and Viale Ranges are used for the President’s Rifle Match. Six relays are squadded through a random draw conducted at the time that competitors check-in at the National Matches Welcome Center. Your competitor labels will display your squadding for the President’s match. Range capacity for this match is 1,320 competitors. Special squadding requests generally are not accepted for this match. All firers must report to their firing points for roll-call as scheduled in the Relay Rotation Schedule to make sure all targets have enough competitors to perform scoring and target pulling duties. The relay rotation requires that all competitors must score and pull targets during one or more stages of the match.

AMMUNITION: Any safe ammunition may be used in accordance with CMP Competition Rules for Service Rifle and Service Pistol Rule 6.5.1.