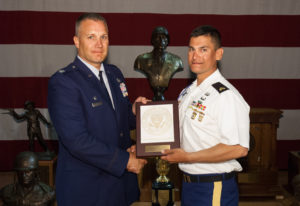 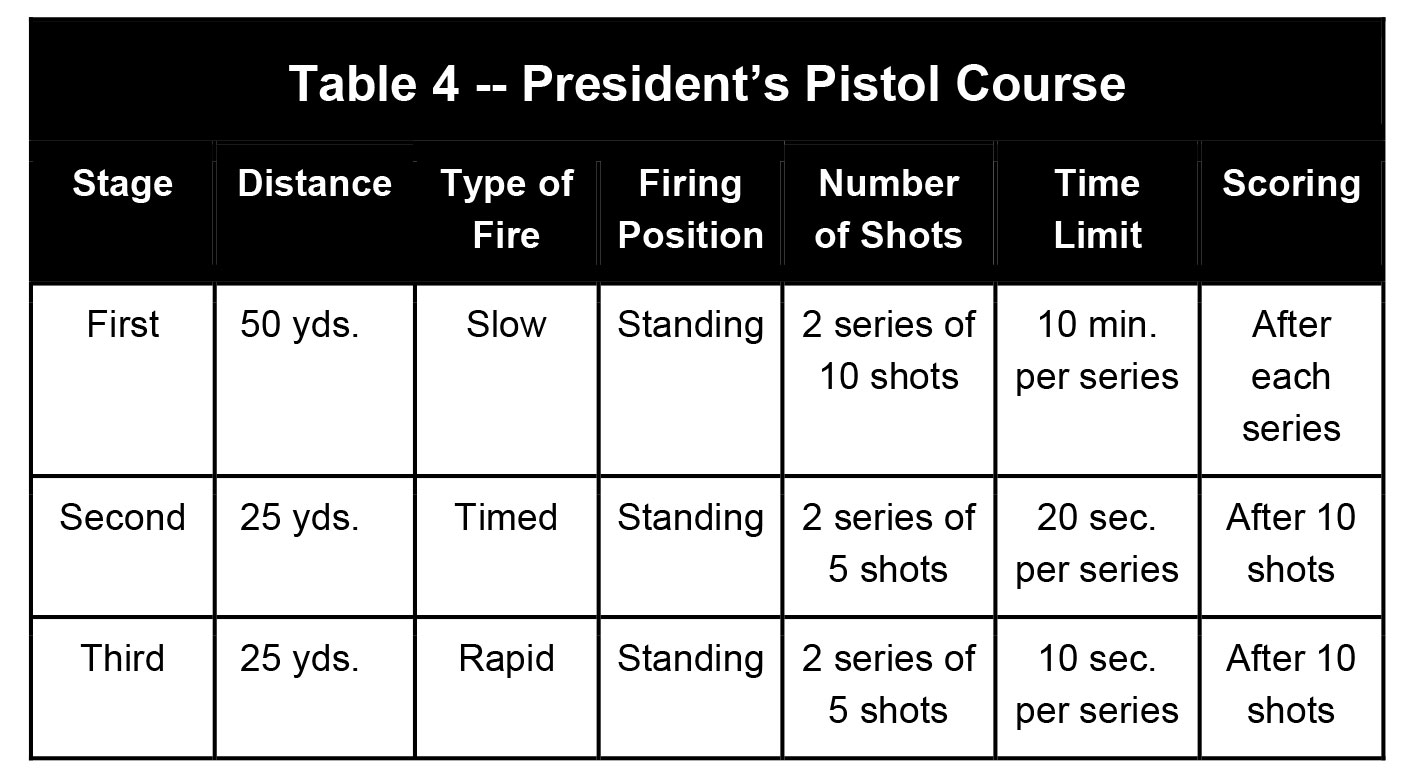 OTHER RULES: Specific rules governing the conduct of the President’s Pistol Match are found in the CMP Pistol Competition Rules (see especially Rule 5.2). Junior competitors firing .22 Pistols only in the President’s Junior Pistol Match, the ready position for timed and rapid-fire stages is with the loaded pistol pointed down at a 45° angle. If the bench in front of the shooter is too high to allow a 45° angle ready position, the ready position is with the loaded pistol lowered as far as possible without contacting the bench (must not rest on the bench). (See CMP Service Rule 5.1.1).