Before the firing of the Civilian Marksmanship Program’s (CMP) National Trophy events, the National Matches schedule offers training clinics for all levels of shooters to receive personalized help and information. 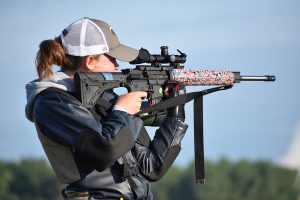 Reilly Sutton of Washington state fires from the standing position during the live fire portion of the clinic.

Many juniors (age 20 and below) attend the USMC clinic year after year, using the opportunity to freshen up their skills before the bigger National Trophy matches, to socialize with other juniors and to receive coaching. 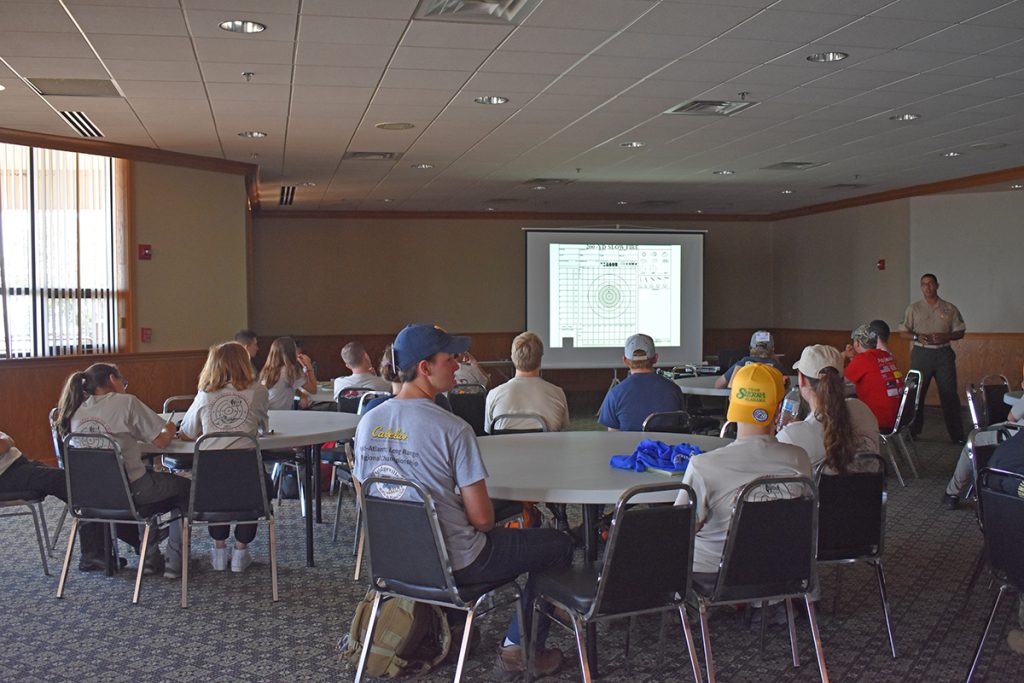 A classroom session is held on the first day of the clinic, during which basic safety and marksmanship fundamentals are covered. Previous attendees are released to Petrarca Range for dry-fire practice, while newer shooters remain in the classroom for additional instruction. When the classroom portion is finished, the classroom juniors join the rest of the clinic participants for snap-in and dry-fire positioning. 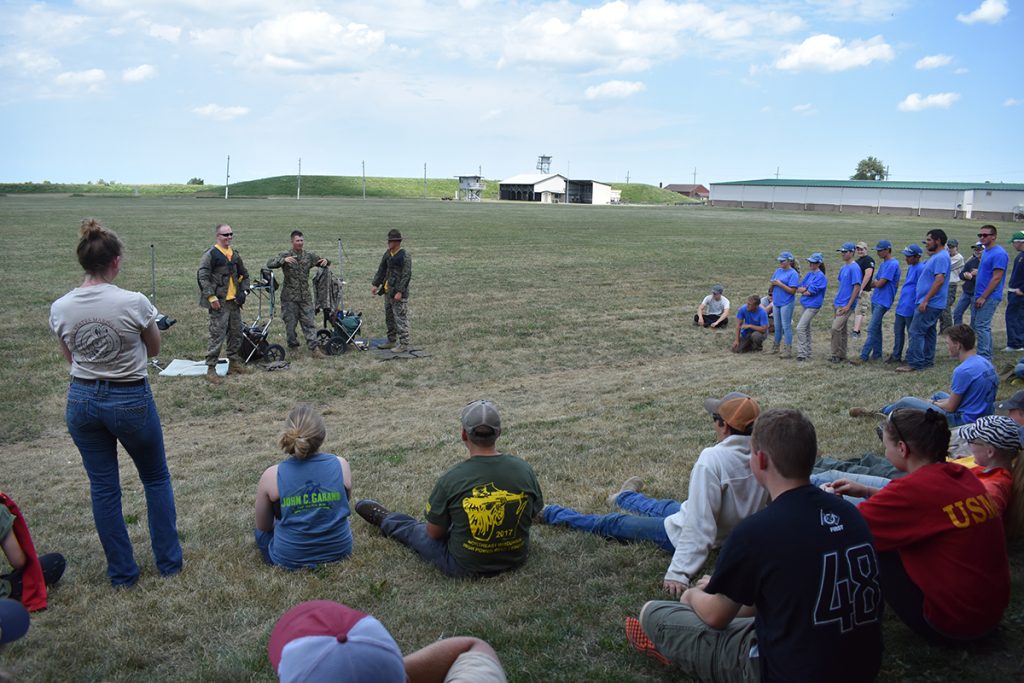 The USMC had members of their shooting team demonstrate the standing, sitting, and prone positions for the juniors before they worked on their own positions.

The Marines show several examples of their own standing, sitting and prone positions and break them down before having all participants get into their positions and dry fire. Coaches are open to answering questions and to helping each junior find the positions that work best for him or her. 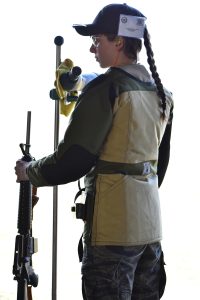 At the 2018 National Matches clinics, attendee Dorothy Speers of New Jersey said she highly recommends the clinic, noting that any junior looking for “personalized in-depth, hard-core help” should attend. Speers elaborated, noting that all of her insecurities, questions and doubts could find an answer at the clinic. Instead of worrying, she could simply “ask a Marine,” as she often advised her peers to do. This year, Speers experimented with a new crossed ankle sitting position at the clinic, looking for improvements and suggestions.

Jacob Rohr of Oklahoma agreed that the USMC junior clinic can be incredibly helpful before the big matches, as it gives shooters a chance to work on their positions. This year, like Speers, he also received some advice on the sitting position.

Previously taught by Remington, Team CMP has taken over running the CMP Advanced Highpower Clinic for the past two years. Team CMP member Nick Till noted that the clinic had more attendees, 48 students in total, than the previous year, with some returning. 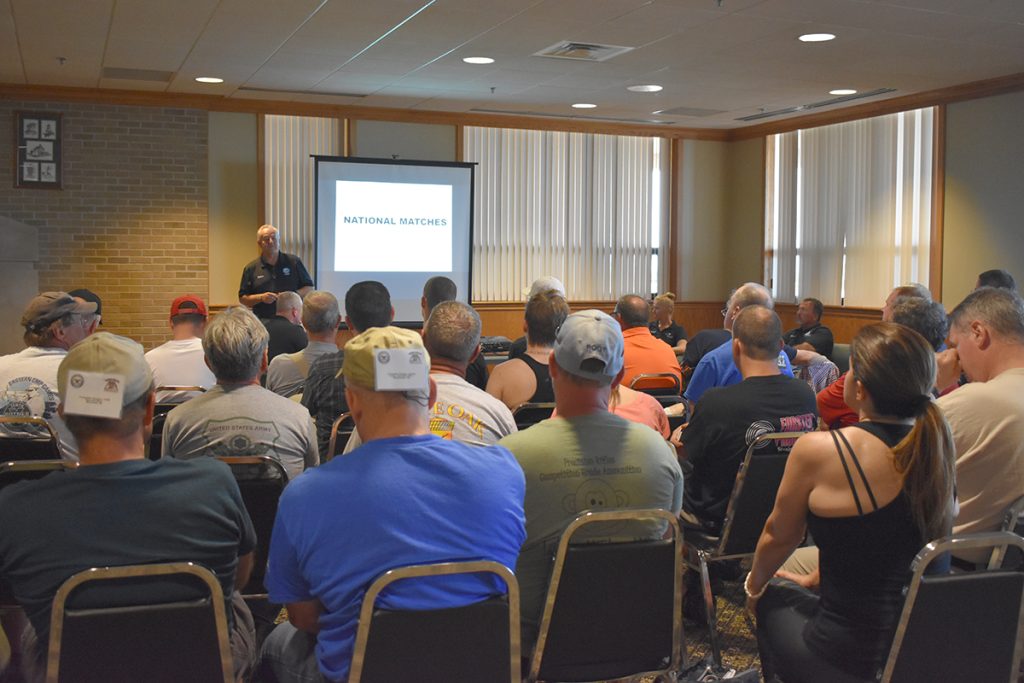 Steve Cooper presents a small bit of Camp Perry history to the 2018 Team CMP Clinic participants during the classroom portion of the clinic.

An especially popular exercise was a 15-minute dry-firing, holding drill in which lasers were attached to each person’s gun, giving insight into aim, hold and other fundamental habits. Mounting lasers to the guns allowed participants to note movement and wobble, and trainers provided tips on how to remedy or improve their positioning based on the results.

In the future, Till would like to add air rifles into the clinic to help as standing practice. This would add a live-firing portion to the clinic that many so desire as well as introduce shooters to a discipline that can help enhance their standing position. 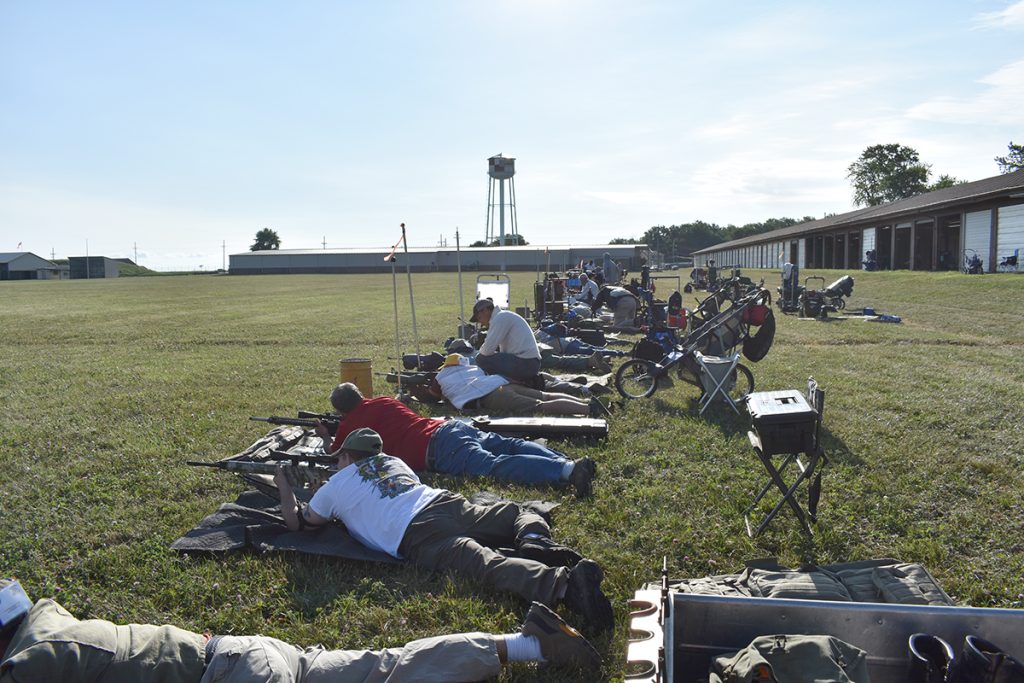 After observing Team CMP leaders, each shooter engaged in dry fire practice during which coaches offered suggestions to improve positions.

Morgan Carrier of Illinois echoed this sentiment, wishing that there was a live-firing aspect to the clinic. With both Viale and Rodriguez ranges occupied, range time and space during the clinic is hard to find. Carrier attended the Small Arms Firing School in 2017 and decided to attend the clinic this year, her second year at Camp Perry. Following one-on-one instruction from Team CMP’s Sara Rozanski, Carrier found that she felt much more comfortable in both her standing and prone positions.

Unlike Carrier, who is nearly in her fifth year of highpower, Allan King of North Royalton attended simply to learn. While he shoots some vintage rifles, he primarily shoots offhand as a member of the North South Skirmish Association. 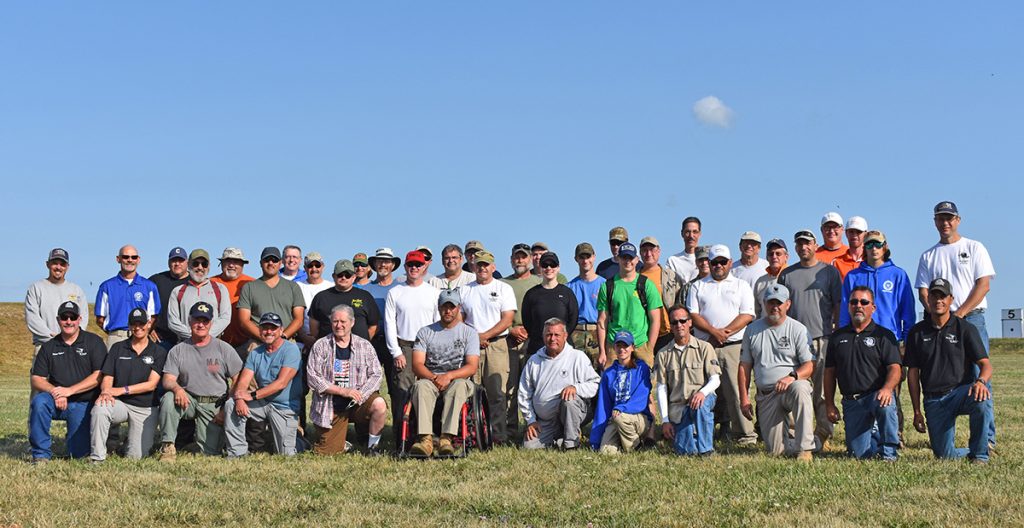 A group photo of the 2018 CMP Advanced Highpower Clinic.

Sara Rozanski, highpower coordinator for the CMP and a Team CMP member, recognized her responsibility to grow the sport. Team CMP officially formed about two years ago and is a civilian team that began with CMP employees who wanted to shoot and transitioned into a conglomerate team of some of the best civilian shooters across the United States.

Rozanski reminded her students that they are free to contact her and her teammates with questions. 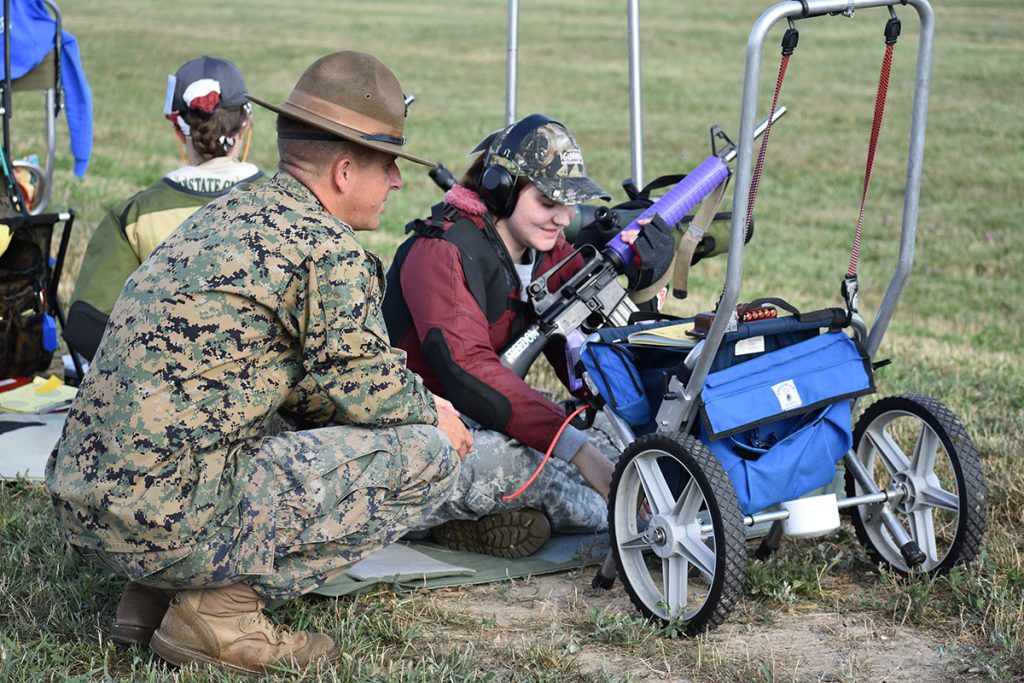 Juniors receive one on one help and instruction during the clinic. 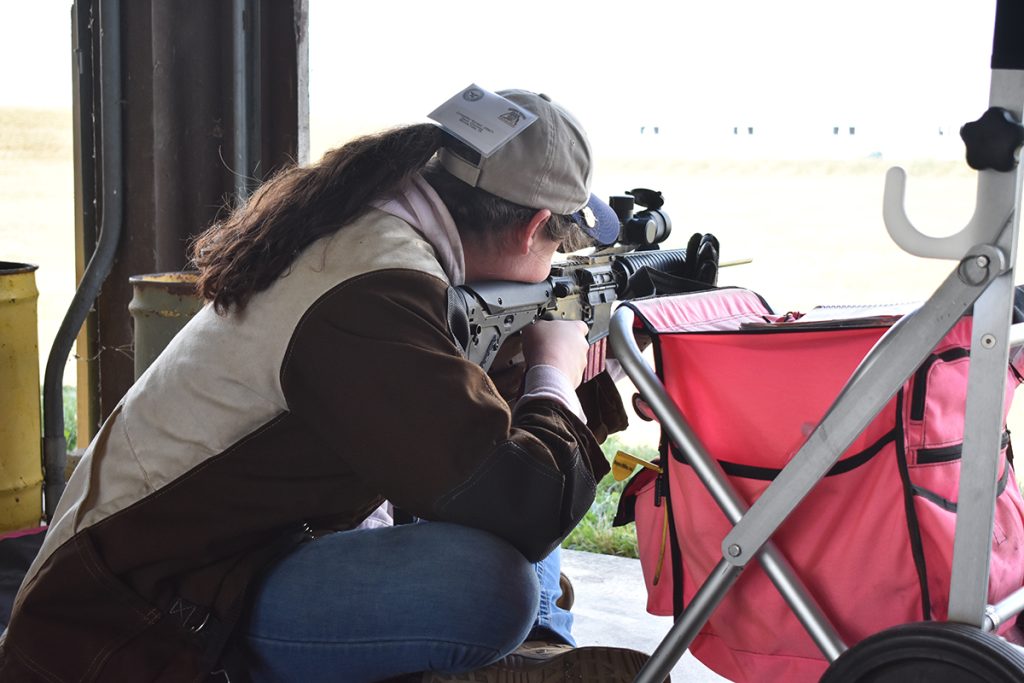 Charisma Owen of Texas dry fires from the sitting position.